We are delighted to report on the success and the increased use of the Scotland’s Places website. Figures for 2016-17 show that there has been a 21% increase in users consulting the website compared to the previous year. In total over 3.5million pages were viewed (up from 2.7m) by researchers around the globe. Digital volumes in particular saw a 54% increase in use largely thanks to the valuable work undertaken by the moderators and transcribers to increase the accessibility and ability to search key documents. 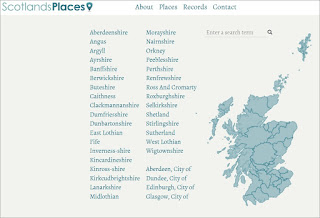 There has also been significant time invested in active promotion of Scotland’s Places. Kim Harsley, the Project Officer has been travelling the country promoting Scotland’s Places in talks to local and family history societies; attending events such as family history fairs, the Scottish Learning Festival, and Who Do You Think You Are Live in Birmingham. She has also been leading the social media campaign which has been an increasingly active area for promotional work and through the year we have seen a growing number of followers on Twitter and Facebook.

Following the move of Kim to a new job in August we want to take the opportunity to build on the success of the project and to reflect how best to go forward with transcriptions. To do this we will be pausing all transcription work from August 25th until early next year. News regarding the future of the project will become available later this year.

Thank you for your valued contributions and input to this highly successful project.


My next 5 week Scottish Research Online course commences Sept 11th 2017 - details at www.pharostutors.com/details.php?coursenumber=102. For my genealogy guide books, visit http://britishgenes.blogspot.co.uk/p/my-books.html, whilst details of my research service are at www.ScotlandsGreatestStory.co.uk. Further content is also published daily on The GENES Blog Facebook page at www.facebook.com/BritishGENES.
Posted by Chris Paton at 14:21