TheGenealogist has added over 5 Million passenger records to their US records, featuring people that migrated to the USA between 1834 to 1900. The mass movement of people from one country to another isn’t a new thing. The motivation can be economic, political upheaval or religious persecution. 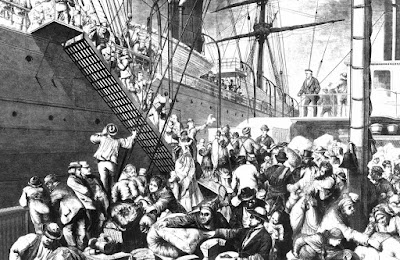 This release joins the millions of US census, death records, trade directories, wills and poll books already available on TheGenealogist.

For my genealogy guide books, visit http://britishgenes.blogspot.co.uk/p/my-books.html, whilst details of my research service are at www.ScotlandsGreatestStory.co.uk. Further content is also published daily on The GENES Blog Facebook page at www.facebook.com/BritishGENES.
Posted by Chris Paton at 21:05