To mark the end of World War 1 that came to a close on 11 November 1918 with the signing of the armistice, TheGenealogist has just released over 42,000 records of Officers that died in the Great War, along with additional Rolls of Honour and over 30,000 War Memorials, War Graves plans, maps and listings. 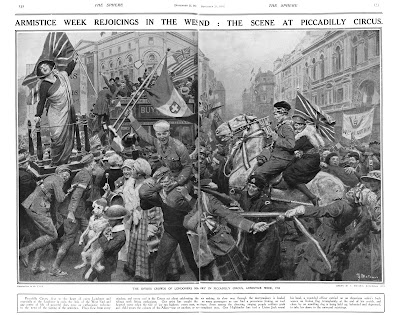 These fully searchable records join an already strong WW1 Collection on the site, providing a highly useful resource for those seeking their ancestors caught up in the conflict.

This new release will allow researchers to:

Family history researchers with ancestors who fought in the First World War will welcome these fascinating new releases that add to TheGenealogist’s well received collection of World War 1 records.

“TheGenealogist has got itself a very interesting collection of niche records that can really help you unlock the story of a soldier.”
Chris Baker from The Long, Long Trail website and www.fourteeneighteen.co.uk

In addition members can search and view Newspapers from the period (Illustrated War News, The Sphere, War Illustrated, Illustrated London News, The B.E.F. TIMES with which are incorporated The Wipers Times, The "New Church" Times, The Kemmel Times & The Somme Times.)

Read TheGenealogist’s article on Finding Officers that died in the Great War: