Well it's so far so good on the Unlock the Past Scottish Irish cruise of New Zealand and Australia!

We started our cruise at Auckland, but prior to boarding on Monday I gave a series of talks at the city library last Saturday, in a session wonderfully hosted by Seonaid Lewis and the team there. On a day off we then managed to visit the Auckland War Memorial Museum, quite simply the best museum I have ever visited in the world to date so far. Quite apart from the Maori cultural performance (I need to learn the Haka!), my two boys were well impressed with the Spitfire on display and the First World War displays. For me though, the memorial part of the building was just superb, commemorating those who gave their lives in the New Zealand armed forces. Done exactly as it should be, with a lot of reverence and respect.

On board the Volendam, we set sail on Monday, initially for Tauranga. On board there are a few speakers taking part in the Unlock the Past cruise, including Perry McIntyre, Richard Reid, Keith Johnston, Shauna Hicks, Rosemary Kopittke, Jan Gow and yours truly, and I have managed to hear most speak so far, some amazing talks on Irish research from an Ozzie perspective. My first talk on board was a general intro to Scottish family history research on Tuesday, which was followed up with a talk on Scottish church records yesterday (Thursday). With Rosemary and Jan I also ventured to Hastings yesterday, in Hawkes Bay, for a brief hit and run talk raid to Hawkes Bay branch of the New Zealand Society of Genealogists, which went down well! Today we have just arrived at Wellington, New Zealand’s capital, where I will be speaking on online Irish research and Scottish church records once more. We’re only four days into the cruise and already my two Scottish books have sold out, but we’ll be restocking in Tasmania next week, and those unable to obtain the book will be able to do so in due course freight free at the events we're attending.

Aside from the talks, my family and I had a great day on Wednesday in Rotorua, visiting the geysers there and taking my life in my hands on the Sky Swing. Freefall for fifty meters in a car, which then swings for a couple of minutes as a pendulum – on the top of a mountain! Hopefully the laundry bill won’t be too expensive…! We were travelling around the area during the day with Alan Phillips and wife Anthea, who have organised the cruise, and had a great time sightseeing.

It’s my eldest son Calum’s birthday today, now eleven, so we have a wee something lined up for him this evening – he’s already been impressed with the captain sending him a birthday card!

Anyway, ciao fer now, have to get ready for next talks in Wellington in a couple of hours time! 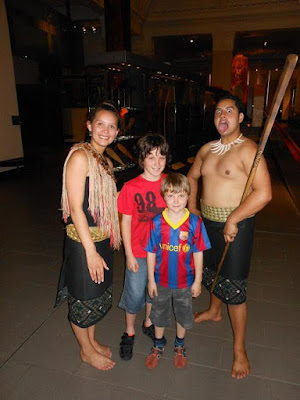 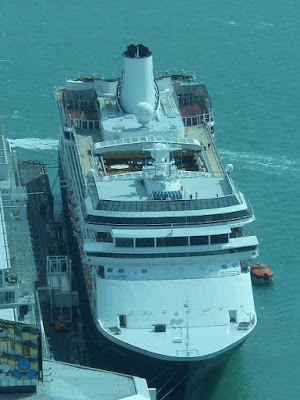 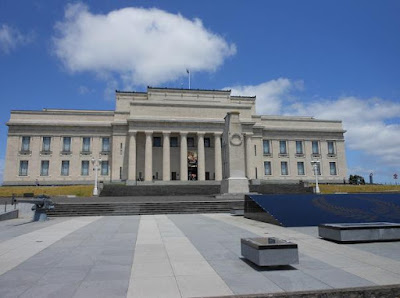 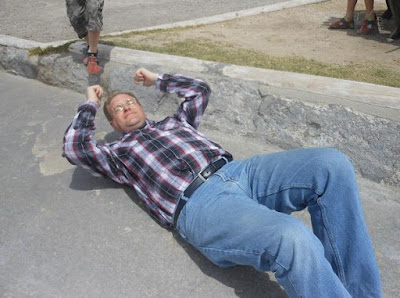 Pics - My boys deciding whether to become Maori warriors, the Holland America ship MS Volendam, the world's best museum in Auckland, and my testing warm volcanic rocks for sleep potential at Rotorua!