After a late night on Saturday visiting the falls at Niagara, it was a slightly later start on Sunday morning for the Ontario Genealogical Society conference, and its final day. (For the first two days reports visit http://britishgenes.blogspot.co.uk/2014/05/ogs-conference-in-niagara-day-one-report.html and http://britishgenes.blogspot.co.uk/2014/05/ontario-genealogical-society-conference.html). 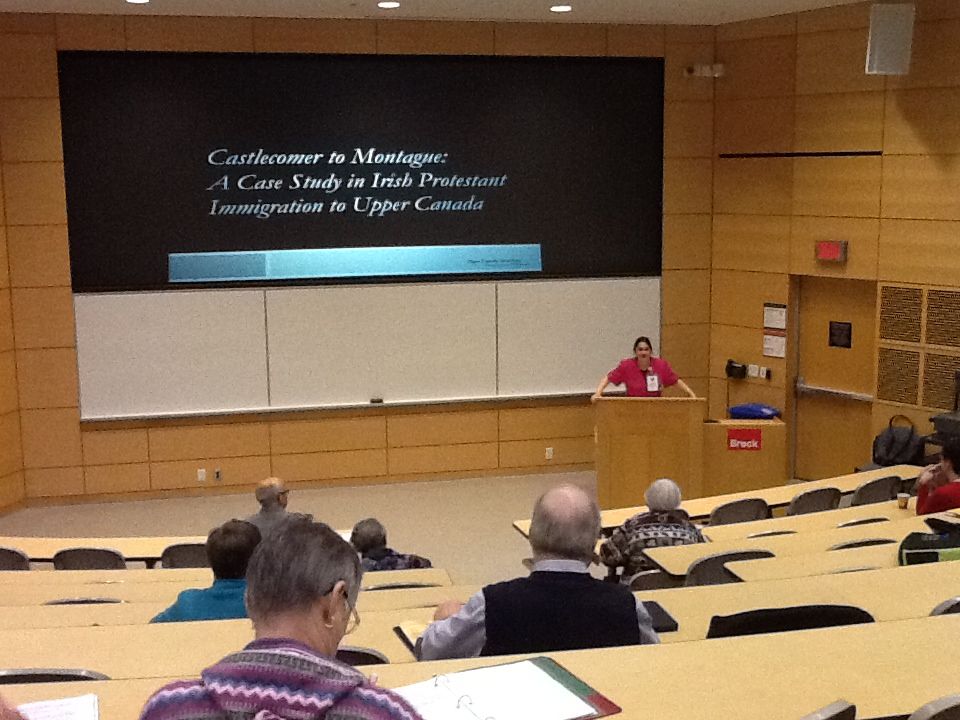 The first talks session I attended was that run by Janice Nickerson, entitled Castlecomer to Montague: A Case Study in Irish Protestant Immigration to Upper Canada. This was an excellent session pursuing a family from County Kilkenny to Ontario, using various records from the Irish end and in Canada, particularly land records. This was my third genealogy trip to Ontario, and I'm slowly getting the message that Irish protestant migration to Ontario was quite significant, more so than in other areas I have visited - several delegates at the conference had stories to share with me about ancestors in the Orange Order who had migrated, for example.

After a short break I was then up again with a session on the laws and practices behind Scottish marriage. It was another fairly busy session with a few laughs, and I was delighted to see Peter Milliken in the audience, the former speaker of the Canadian parliament for over 10 years. Peter is the OGS patron, and I had asked him at lunch on Saturday if he had dabbled much in his family history research himself, to which he had stated not really - so I hope that his presence was an indication that the bug was beginning to grip! 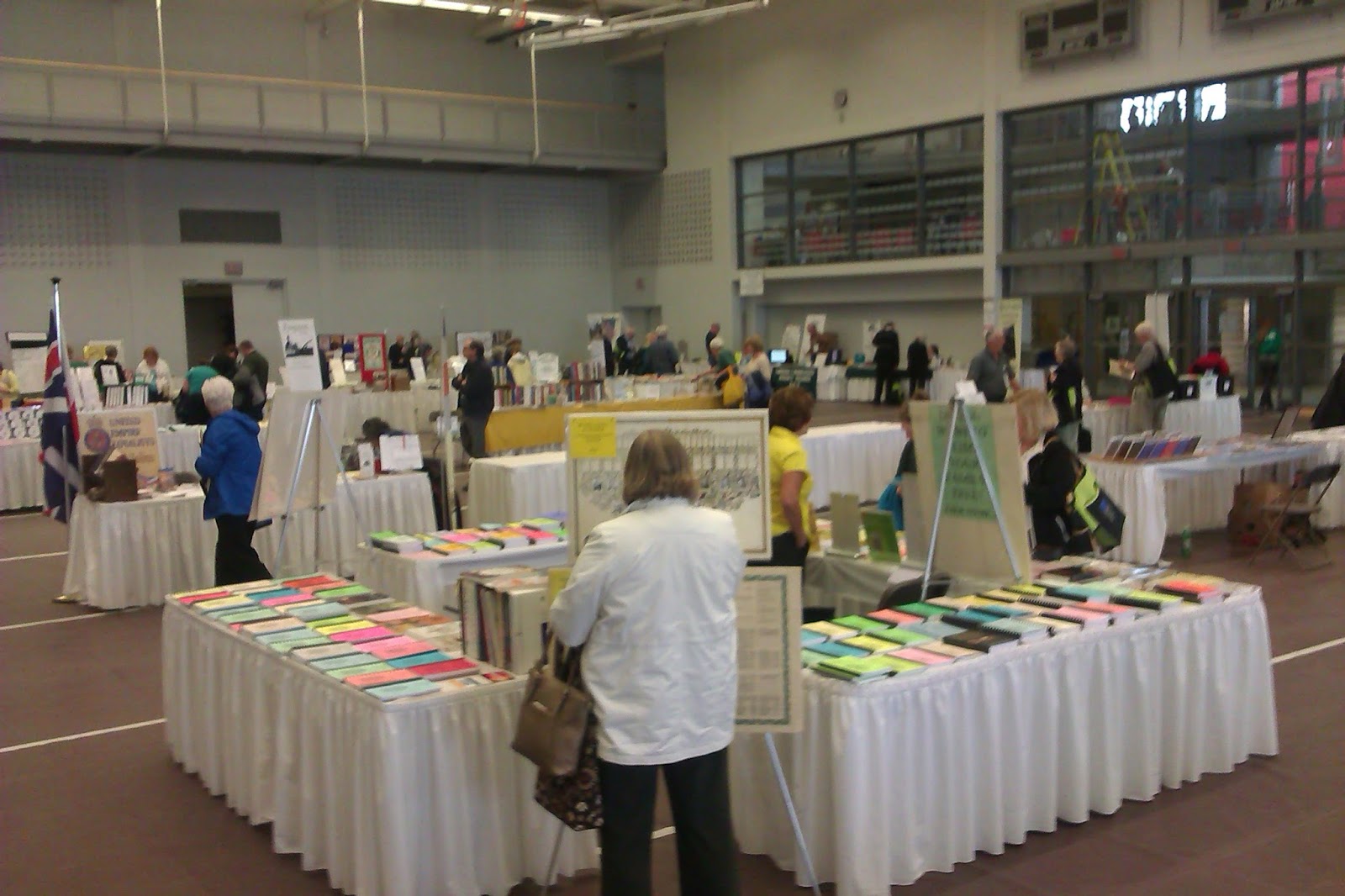 I missed out attending any of the talks for the third and final session, as I wanted to walk around the marketplace again and catch up with a few folk. I had a great conversation with Rick Roberts of Global Genealogy, who discussed the evolution of his company in Canada over recent years, and the importance of his publication wing. Global also sells many genealogical supplies, the company is similar to My History in England or Unlock the Past in Australia, providing many of the same types of service. I also spoke to the OGS's Irish Palatine Special Interest Group - this is a SIG, or 'special interest group' within the organisation, helping those with Irish Protestant ancestors who had originally moved from Germany to Ireland after 1709, by invite of Queen Anne.

At 2.30pm we had our final closing proceedings, with thanks given to all the volunteers and details announced for the 2015 OGS conference, which will be held from June 5th-7th at the Georgian College in Barrie, Ontario. Details of the new officers for the society were also announced - see Elizabeth LaPointe's blog post at http://genealogycanada.blogspot.co.uk/2014/05/ogs-announces-officers-for-2014-2016.html.

And then the conference was over, though not before I managed to have a chat with another speaker, Henry Z. 'Hank' Jones Jr, in the car after it ended. Hank had acted in a few Disney film many years ago, including Herbie Rides Again, so this was my first Hollywood encounter! Hank is now an active genie, and has been for many years, and has written many books, notably on Irish Palatine families - his site is at www.hankjones.com.

The conference was a huge success, there was a real buzz and excitement throughout, not least because of the huge range of talks and networking opportunities, and it has to be said, the team behind excelled themselves. Coordinating the whole thing was Steve Fulton, tech savvy, full of beans, with an adrenalin level constantly switched up to 11, and it really showed. When I used to work in a supermarket many moons ago as a student, the company I worked for would dish out 'ABCD awards' - short for 'Above and Beyond the Call of Duty' - and without a doubt, Steve qualifies for one. There was a huge ambition to push boundaries, to try to do more on the technology front to take the conference out to folk who couldn't make it, and more. One symbolic visual of this tech theme lies in fact from one of the sponsors - FindmyPast had provided wristbands that were actually USB flash drives - you wore them, and when you needed to look up syllabus material, you took them off and then plugged them in! See the demo below (also at http://youtu.be/f-rloR6MaLo). Bonkers, but very effective!

In the evening, Steve, with his wife Diana, and kids Brandy and Steve, took myself and Daniel Horowitz (from MyHeritage) out for a meal, and then took us out again on a run to see Niagara Falls (this time in daylight!), as well as a few other sites, including a wee totey church not far from Niagara on the Lake which seats about 12 at most. A great end to proceedings with great company. 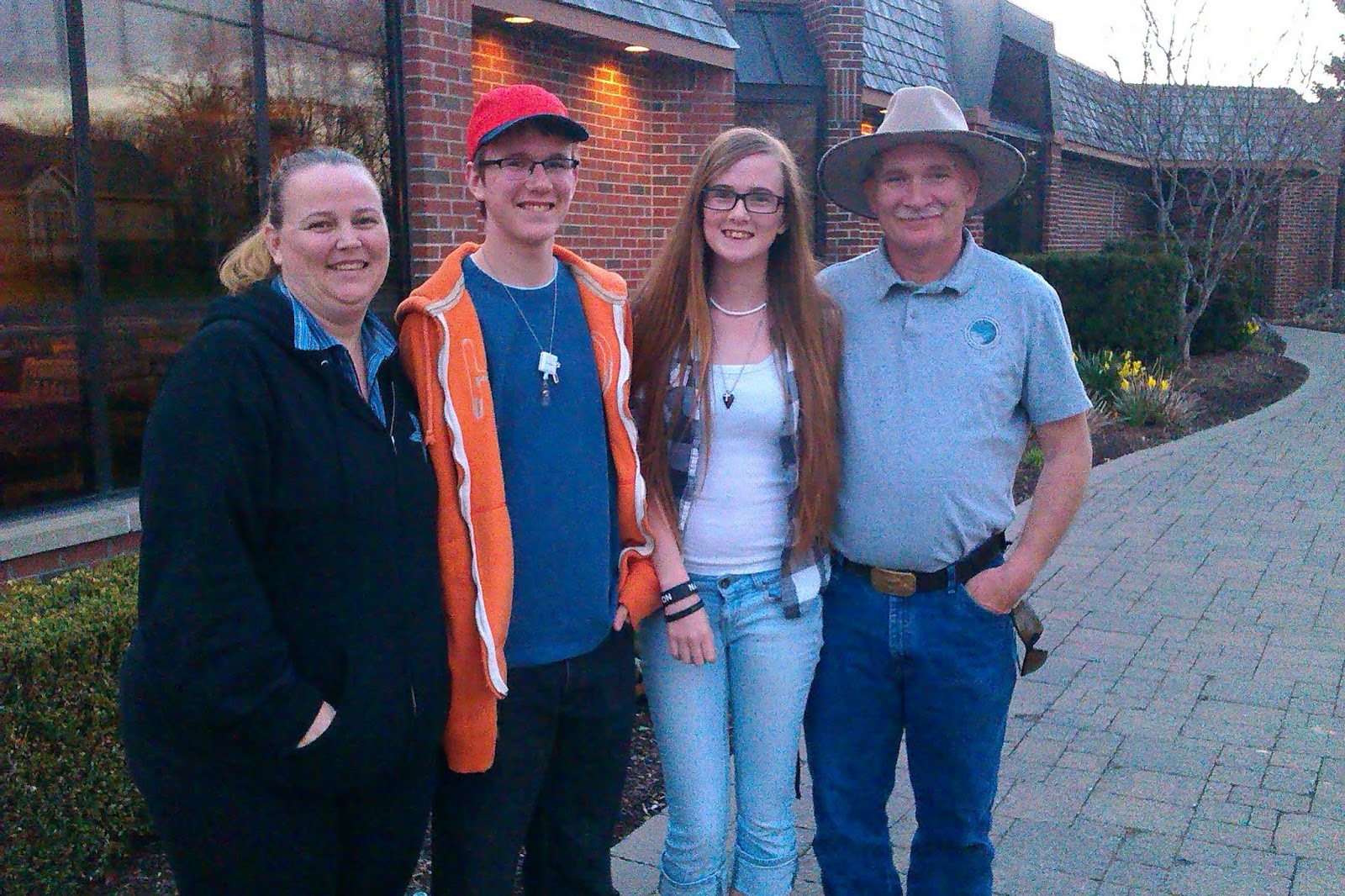 Thanks to all those who made my stay so welcome, and thanks to all who attended the conference (and my sessions!). I'm already looking forward to another visit to Toronto next year - more on that in due course!

To end, a few more pics, showing the volunteers (many of them young adults doing community service as part of their academic schooling programme), Daniel Horowitz and myself at the races - and a quick grab at Niagara Falls, shortly before the sun set! 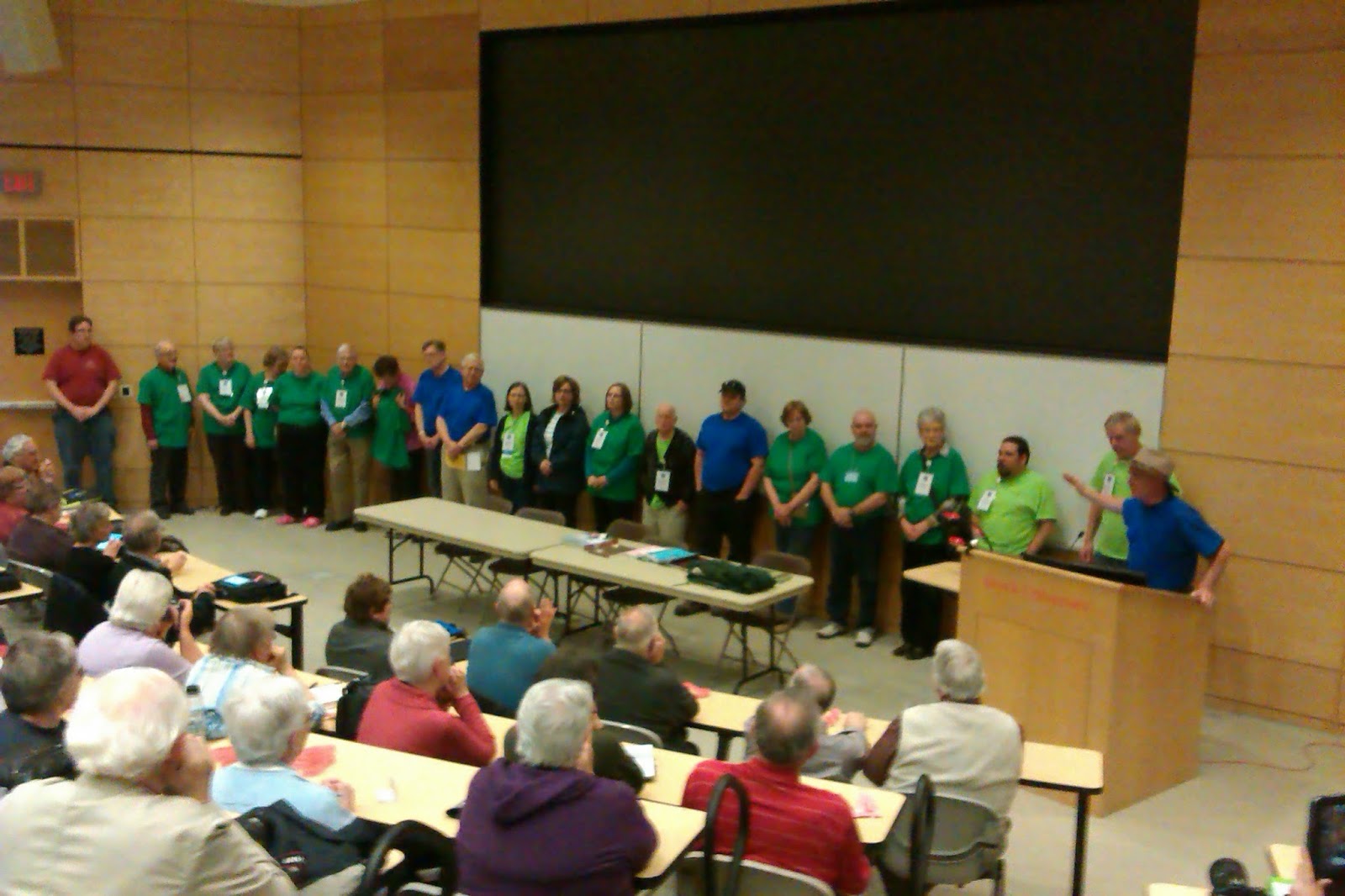 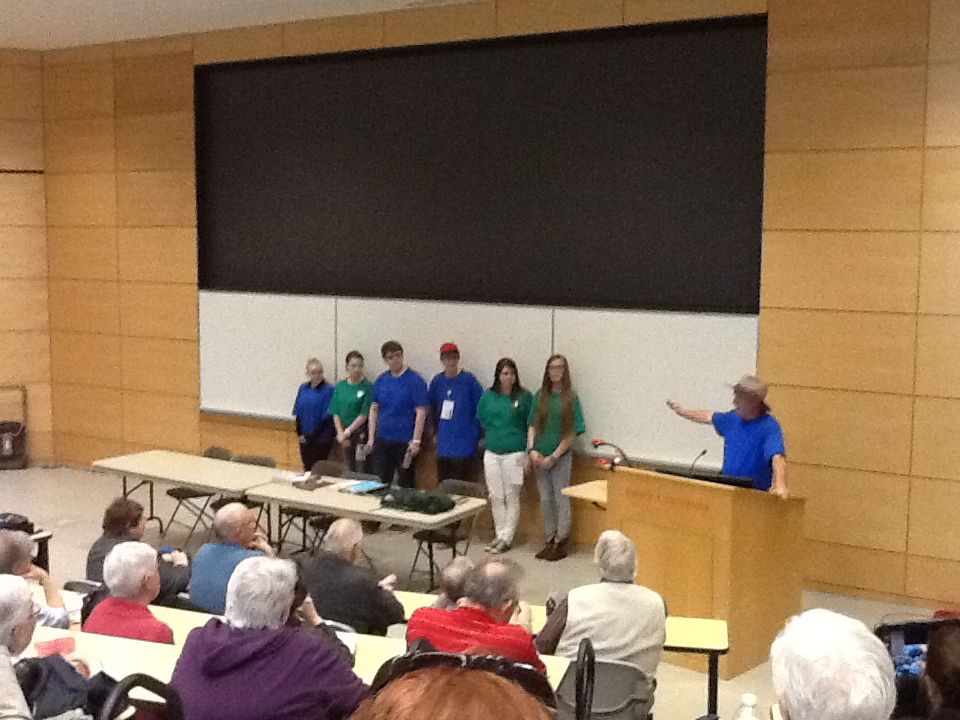 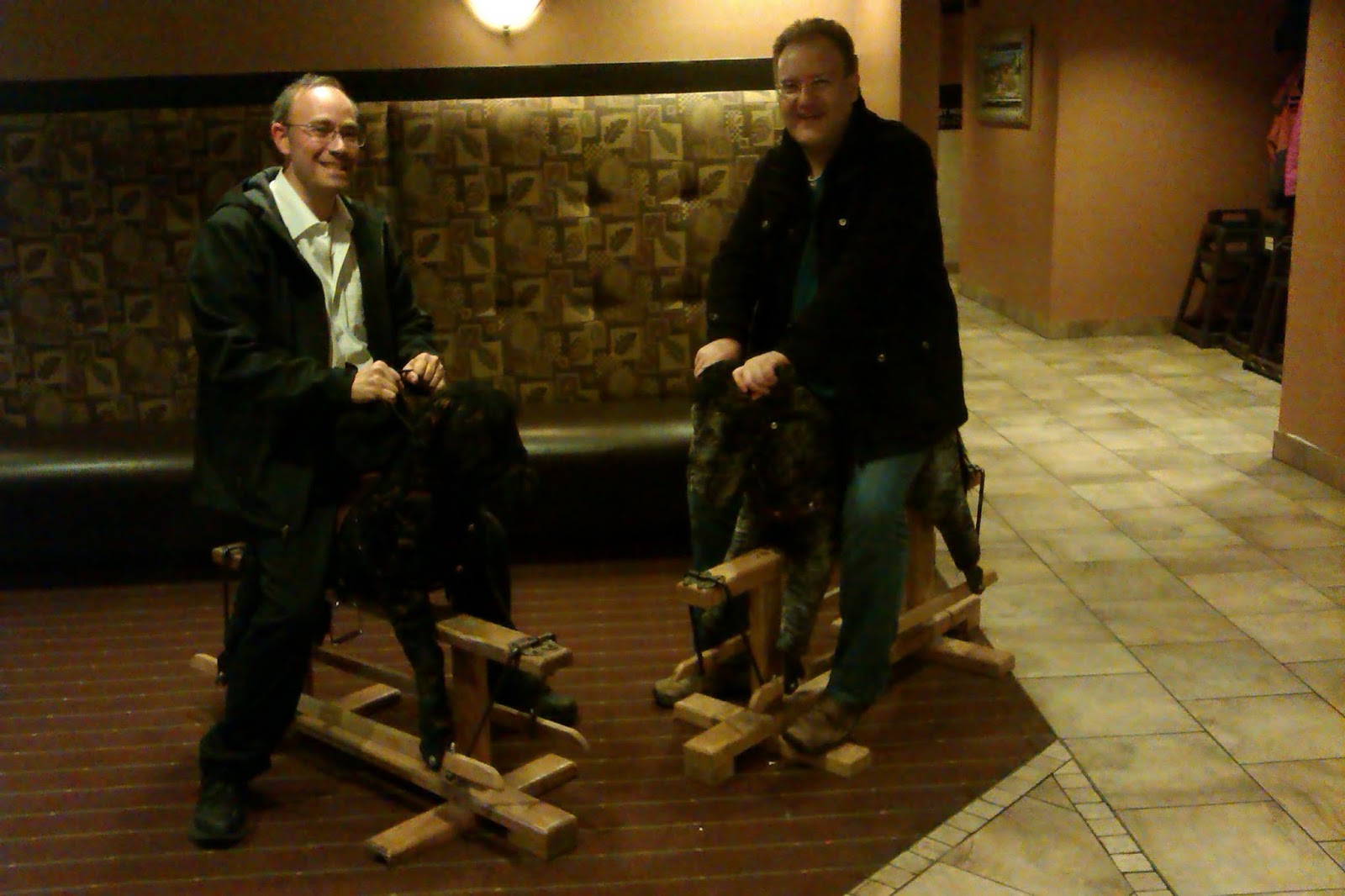 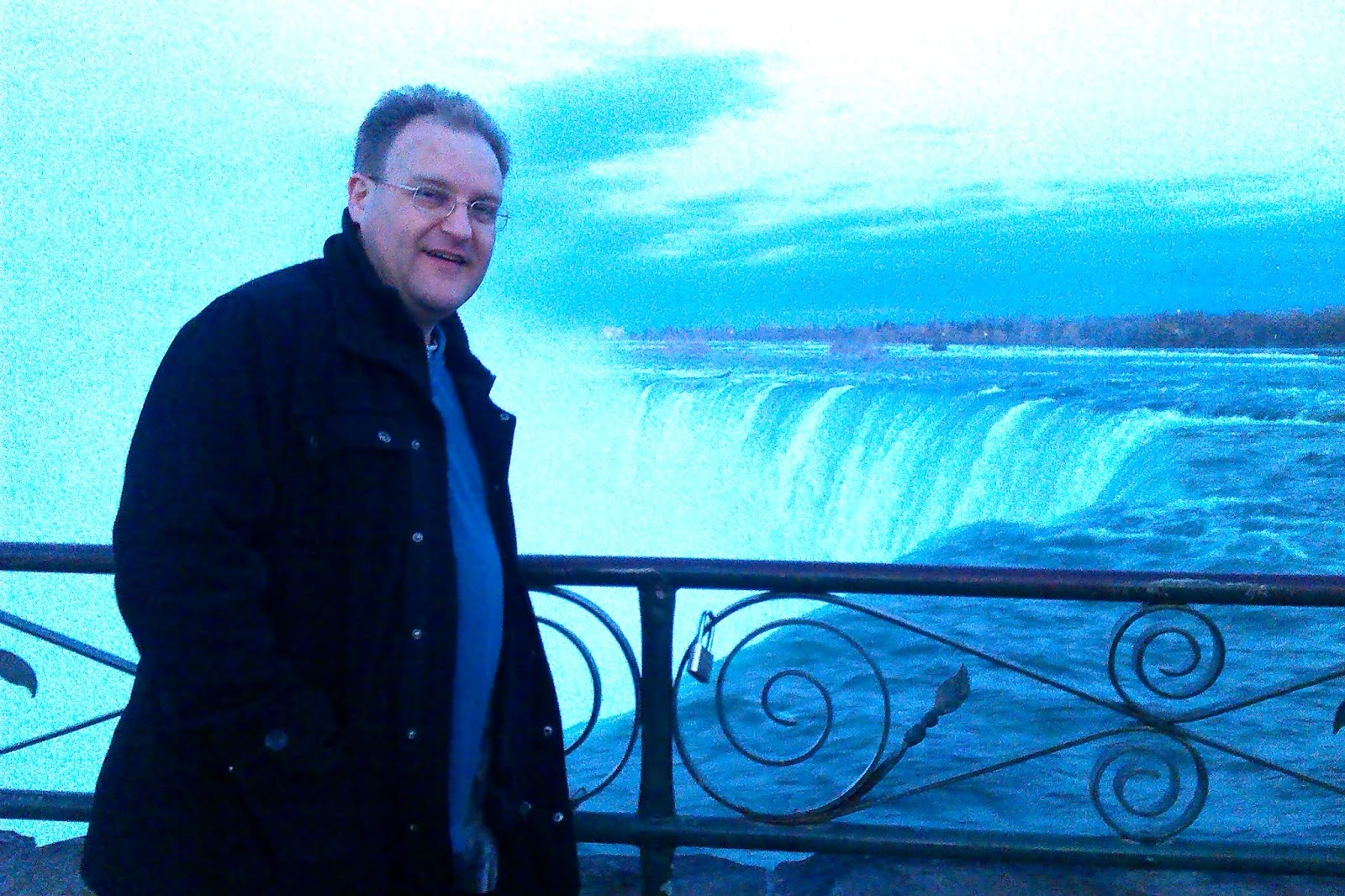 UPDATE: John Reid also has a review post on the conference at http://anglo-celtic-connections.blogspot.co.uk/2014/05/ogs-conference-in-hindsight.html

Now available for UK research is the new second edition of the best selling Tracing Your Family History on the Internet: A Guide for Family Historians. And for those wishing to take Scottish ancestral research a bit further, my next Pharos course, Scotland 1750-1850: Beyond the Old Parish Records, commences May 14th 2014.
Posted by Chris Paton at 19:25