The RootsIreland website (www.rootsireland.ie) has added 59,000 records for the county of Limerick, comprised of the following: 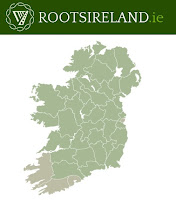 Limerick civil birth and non-Catholic baptismal records have been extended also to 1916, non-Catholic church and civil marriages to 1918, and death/burial records to 1918.

Further details on Limerick holdings are available at http://www.rootsireland.ie/2018/04/new-limerick-records-online/.

For my genealogy guide books, visit http://britishgenes.blogspot.co.uk/p/my-books.html, whilst details of my research service are at www.ScotlandsGreatestStory.co.uk. Further content is also published daily on The GENES Blog Facebook page at www.facebook.com/BritishGENES.
Posted by Chris Paton at 20:42