Blogicide or resurrection? Scottish GENES is back!

Over eight years ago, in December 2011, I suspended the Scottish GENES blog in order to widen the scope of the news coverage I was offering, with a separate blog British GENES (later The GENES Blog) established in parallel some months earlier. At the time another blogger (thanks John!) amusingly referred to the move as 'blogicide', but in fact the readership transferred and continued to expand over the years.

In this same period, however, there has been a dramatic change in world circumstances, and as we move forwards in the world on the day after Brexit, I want to regain control of the message of where this blog is coming from - it's from an Irish genealogist and blogger who has made his home in Scotland, with a fascination in his two areas of interest, Scotland and Ireland, but also in our closest neighbours in England and Wales and across the EU, and to Scotland's and Ireland's historic and continuing worldwide disaporas.

In this Crisis of Infinite Blogs, the timelines are now being reset, parallel earths and blogs are being removed, and I am heading back somewhat nostalgically and purposefully to the original and the best:

Scottish GENES is back!

The GENES Blog at https://britishgenes.blogspot.com will continue in parallel for a couple of weeks by way of a transition period, but there will soon be a hard exit with no hope of a further transition, although the blog will remain live as an archive - if you want the history of genealogy in Britain and Ireland over the last decade, you'll find it there and free to access!

But for the ongoing news from these islands and further afield, please sign up to Scottish GENES, and at its new dedicated address, https://scottishgenes.blogspot.com. (You can subscribe by email using the link at the top right of the page) 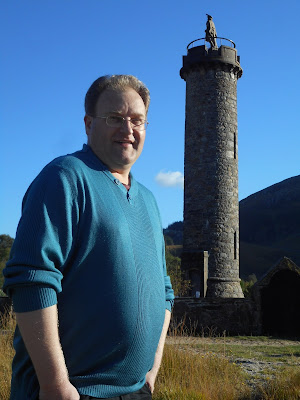