Latest additions to The Original Record 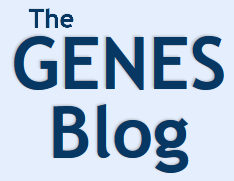 A list of the persons who polled for Charles Goodfellow esquire at the late election for a member of parliament to represent the city of London, held 23rd to 28th November 1724. Full names are given, surname first, arranged by the livery companies to which the citizens belonged. This list was published in The Daily Post and elsewhere: 'Gentlemen, we desire you will carefully examine the following list of polsters, and in case you find yourselves or friends polled by others, or any polled who are dead or absent, or who have no right, that you'll give immediate notice thereof at Salter's Hall in Swithin's Lane, where attendance will be daily given from 8 a-clock in the morning till 9 a-clock at night. It is not doubted but the endeavours to obtain a law to secure your invaded rights and privileges will be soon successful, this should now excite you to a diligent search after false pollers, which will in all probability make the majority greater for sir Richard Hopkins. N.B. The scrutineers so far as they have proceeded, do find a much greater number of false pollers for Mr Goodfellow, than for sir Richard Hopkins.'

1789
Coggeshall, Essex, Owners and Occupiers
The rental of the copyhold and freehold estates held of the manor of Coggeshall or Coggeshall Hall, gives for each holding the annual rent; the name of the owner of the estate at Michaelmas 1789; the name(s) of the occupier(s) at that time; and a description of the copyhold premises.

1824
Deaf and Dumb Children
At a general meeting of the committee of the Deaf and Dumb Asylum, London, held 12 July 1824, fifteen boys and fifteen girls were elected for admission.

1833
Visitors to Buxton, Derbyshire
The Derby Mercury of 14 August 1833 carries this list of arrivals at Buxton.

1861-1905
Women Students Entering Stockwell Teacher Training College
This list, revised to August 1908, gives the student's name and her then address (if known); the Remarks column indicates whether she left the course early; left the profession; went abroad; died; became a headmistress; and/or married: married name is often given.

1898
Subscribers to the History of Wisbech
Frederic John Gardiner's 'History of Wisbech and Neighbourhood during the last Fifty Years, 1848-1898' attracted a subscription list, mainly from the immediate vicinity of Wisbech.

(With thanks to The Original Record)

For details on my genealogy guide books, including A Decade of Irish Centenaries: Researching Ireland 1912-1923, Discover Scottish Church Records (2nd edition), Discover Irish Land Records and Down and Out in Scotland: Researching Ancestral Crisis, please visit http://britishgenes.blogspot.co.uk/p/my-books.html.
Posted by Chris Paton at 18:18