Earlier I popped down to the cenotaph in Largs to witness the annual remembrance ceremony. My boys are in the Boys Brigade pipe band, both of them as drummers, and my eldest was the lead snare drum today, marking time as the parade approached the memorial. We had something of a full on storm blowing around us, but still had a great attendance. 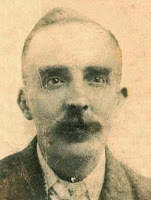 As ever my wife and I were particularly remembering Private Martin Colleton of the 2nd Connaught Rangers, my wife's great uncle from Carrick-on-Suir in County Tipperary, and my great grandfather David Hepburn Paton (right), from Blackford, Scotland, who died as a civilian in Brussels during the German occupation in 1916, after having been forced into hiding for 18 months to avoid internment by the Germans at Ruhleben. Following his death his son, my great uncle John, was not so fortunate, and was sent to the camp near Berlin for two years, leaving my great grandmother Jessie, my grandfather Charlie, and his sister Annie, trapped in Brussels for the rest of the war.

Don't forget that Ancestry is offering unlimited access to its military collections free of charge until November 11th (see http://britishgenes.blogspot.co.uk/2015/11/free-access-to-ancestrys-military_6.html). 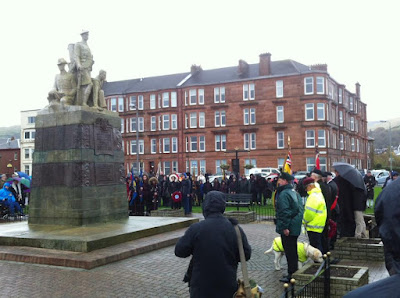 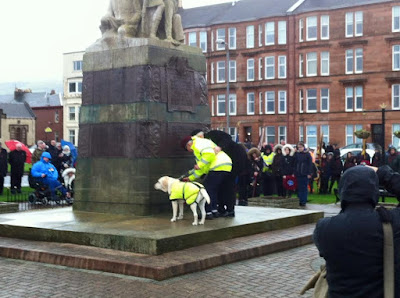 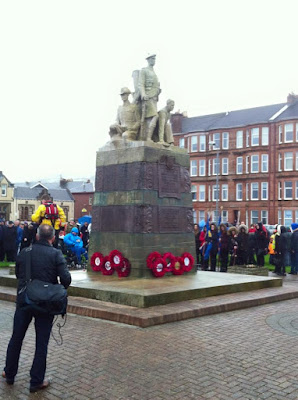 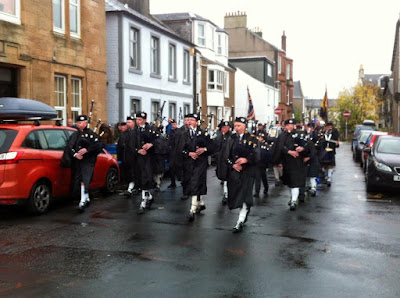 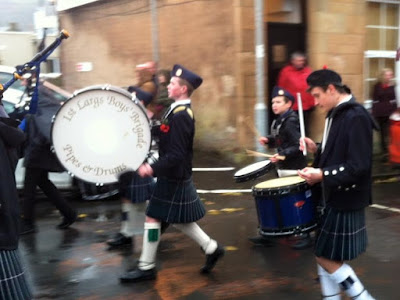 For details on my genealogy guide books, including my recently released Discover Irish Land Records and Down and Out in Scotland: Researching Ancestral Crisis, please visit http://britishgenes.blogspot.co.uk/p/my-books.html. My Pinterest account is at https://www.pinterest.com/chrismpaton/.
Posted by Chris Paton at 15:48