Days 1 and 2 on board the Big Brother cruise, and nobody has been evicted...!

The Voyager of the Seas set forth from Sydney Harbour on Tuesday 4th February, with the fourth Unlock the Past Genealogy Cruise now well and truly underway. Tuesday was very much about getting ourselves booked on board, having the luggage delivered to our rooms and then dinner at the main restaurant on Deck 5. A couple of pics of the Voyager of the Seas, NCC 1701...! 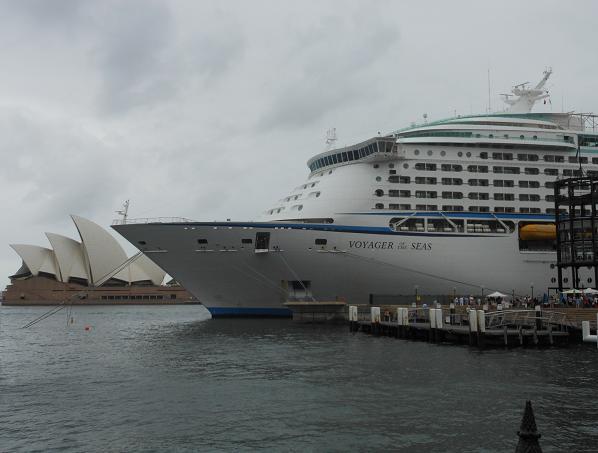 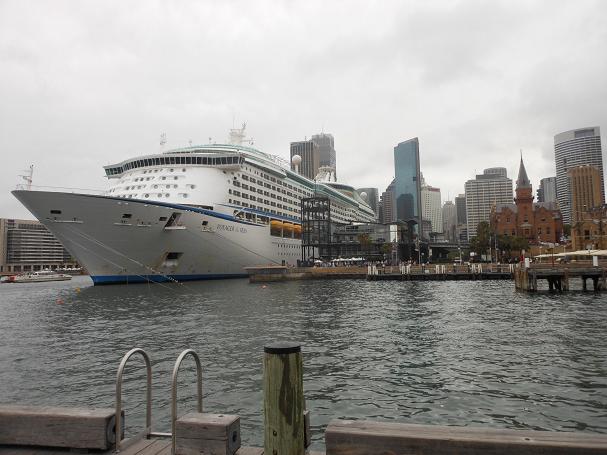 After dinner, and getting to find our feet, we gathered together in an area of the boat called Cleopatra’s Needle to hear a general welcome and introduction from Alan Phillips and Helen Smith, as well as representatives from the cruise agents Clean Cruising. There were some 250 of us present, and it was great to see so many familiar faces, including Shauna Hicks and partner Max, Mike and Lesley Murray, Jan Gow QSM, Jill Ball, and a whole host of others from the genie scene down under in Oz and New Zealand. Also amongst our number were a handful of Brits, including Jane Taubman and Kirsty Gray, one South African, and Thomas MacEntee from the US. After the general house rules etc were outlined for the week ahead, a few photos were taken of various groups – I participated in the Geneabloggers group picture and the Genealogists for Families (Kiva) image, and then headed back to my cabin for an early night – it had been a long day!

Wednesday then saw the start of the conference proper. Yours truly was tasked with giving the opening talk to all the delegates, a half hour overview of British and Irish newspaper resources, in which I explained how to identify the existence and location of newspapers for regions across the British Isles, both offline and online, as well as some of the issues to watch out for with online material. (Nobody heckled me or dragged me off to the stocks, so I think I got away with it!) 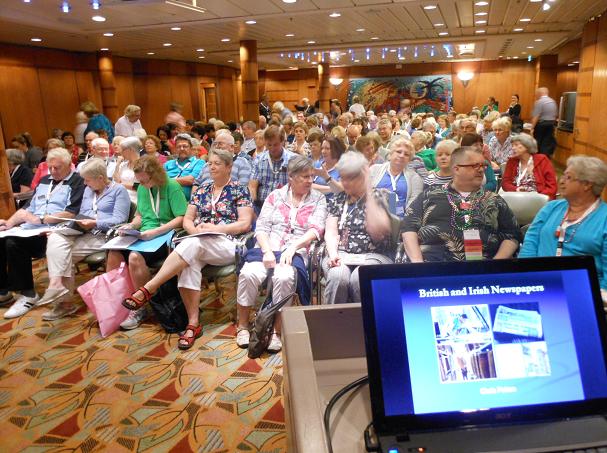 After this a stream of three lectures were then given in parallel in adjacent lecture rooms. I remained in the main room to listen to a brilliant presentation from Shauna Hicks on how to research mining ancestors during the Gold Rush in Australia (and also a brief bit on New Zealand). One of the things I love about coming to Oz is the chance to learn a little bit more about the development of the country beyond the obvious “that’s where the convicts went from the UK”. In this case I was able to understand about how some miners migrated during the Gold Rush from one location to another, and the various resources that can be found, though Shauna lamented that this was one area where many records could still do with some form of cataloguing or indexing. 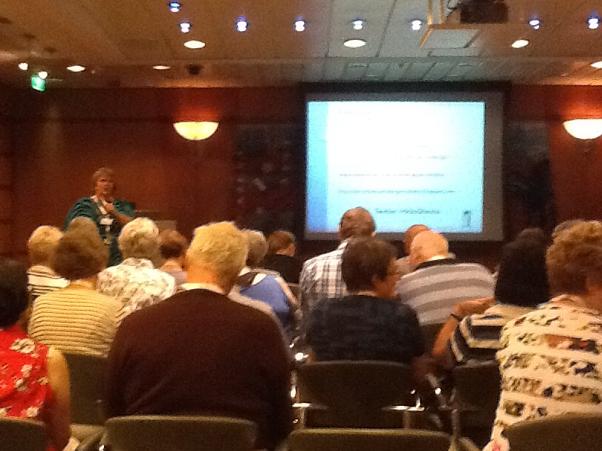 After a brief coffee break, it was time to hear Jane Taubman on Family Historian, the software programme. In this shug’s opinion, FamilyHistorian is the best software out there, but at the moment it is not the one I use – the reason being that Family Tree Maker has a better synchronisation facility across platforms, making it a better option for use across my iPad, PC and laptop. When FamilyHistorian creates a better synchronisation facility, I’ll definitely be there to sign up again. The talk itself was very good, offering some interesting tips on ways to use the programme for research, such as with tagging media items.

After lunch it was then a chance to hear Tiggy Johnson talk about how to use family history to inspire poetry and writing. This was my favourite of the three talks I attended today, with an interesting discussion about how to create an “emotional truth” from a story for a poem. In some cases, Tiggy outlined how a story can be recalled which may occasionally have one or two minor details wrong and yet still be accurate in terms of an emotional truth, the essence of what the poem is trying to convey to the reader. There was an interesting discussion about who the reader was – if a poem is to become an heirloom, is an emotional truth enough when weighed against historic accuracy, or if for wider consumption, whether the emotional truth is more than enough? I found this a really stimulating session, because it did not just apply to poetry, but to writing in general. I have had an idea for a while about a possible book I would like to write, which has so far given me a few headaches in terms of how to tackle it, due to some missing information I’ve always felt was needed. Some of the approaches Tiggy suggested have really got me thinking about possible ways to put it together (if I ever get around to it with other work commitments!). Definitely food for thought, and a unique talk I’ve not seen given anywhere else before. Spot on!

I then spent the afternoon offering some one to one research advice sessions – one lasted well over an hour, with the couple, Jim and Jeanette, having done a superb job with a family in Perthshire, Scotland. It’s always great to offer advice to anyone needing advice on Ireland and Scotland based research, but when you are presented with research that has ticked all the right boxes and been brilliantly put together, it is a particular privilege to engage with it and to try to push the options even further almost to breaking point. All three of us left our meeting with the adrenalin flowing, it was a fantastic brainstorming session – more of the same please!!!

Finally, a couple of pics from the cabin I'm in - one showing the general layout, the other the first of many origami towel animals I expect to see in the next few days...! 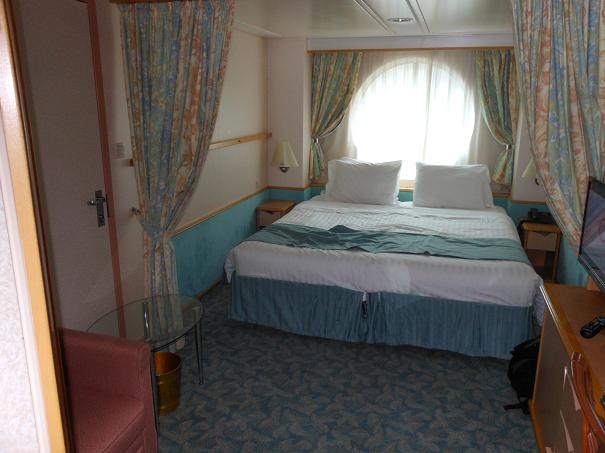 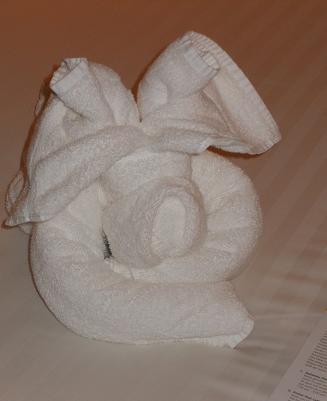