Antonine Wall app to be developed for 2016

One from Historic Scotland (www.historic-scotland.gov.uk) for all you Romans out there...!

App to be created for Antonine Wall visitors

Visitors to the Antonine Wall (www.antoninewall.org) will have the chance to interact with it in a whole new way, thanks to the introduction of a cutting-edge app from Germany.

A collaboration between Historic Scotland, one of several partners who look after the Wall, and partner bodies in Germany will see an interactive app developed for the ancient structure by April 2016. The app uses augmented reality technology to help visitors explore the World Heritage Site, which stretches some 60km across the Scottish Central Belt.

In the spirit of international relations, the development of the Antonine Wall app has only been made possible by the generous donation of data from the Bavarian Savings Bank Foundation and the Bavarian museums service, who created an earlier similar app in Germany, which allows visitors to access information on two parts of the Roman frontier in Bavaria. Historic Scotland are utilising the technology designed for this original app as the platform on which to base their updated Antonine Wall version.

The purpose of both apps is to demonstrate to visitors what the frontier sites would have looked like when they were in operation, applying augmented reality to bring these sites back to life.

The Antonine Wall app will draw on 3D laser scanning work carried out by the Scottish Ten Project, along with new scans and interactive 3D models of museum artefacts taken from the Wall, to give visitors a better idea of how points of interest such as the fort at Rough Castle, or the bath house at Bar Hill, would have looked when the Wall operated as a frontier.

Content will be commissioned and developed by Historic Scotland and the five local authorities along the line of the Wall: East Dunbartonshire, Falkirk, Glasgow City, North Lanarkshire and West Dunbartonshire Councils. The intention is to work with local museums to scan artefacts from the wall in order to create an accurate representation of what life was like, which visitors will be able to experience first-hand.

The collaboration agreement between Historic Scotland and the German partners was signed at Edinburgh Castle by senior staff from each of the organisations, including Barbara Cummins, Director of Heritage Management at Historic Scotland. She said: “Signing this agreement is a significant step forward, not just in digitally interpreting the Antonine Wall, but in fostering strong working partnerships with international colleagues. We are grateful to our colleagues in Germany for generously allowing us to use the technology they have developed, and look forward to further collaboration in the future.”

Dr Ingo Krueger, Executive Member of the Board at the Bavarian Savings Bank Foundation said: “We are very pleased, that the technical platform jointly developed with the Landesstelle for die nichtstaatlichen Museen in Bayern receives international recognition. A holistical interpretation system for the world heritage Roman Borders would be a great goal in European cultural cooperation."

Dr Christof Fluegel of the Non-Governmental Museums, Bavaria said: “We highly appreciate this new collaboration with Historic Scotland to enhance an attractive interpretation approach for our common World Heritage.”

The first version of the app will be available for both i-phone and Android by April 2016. 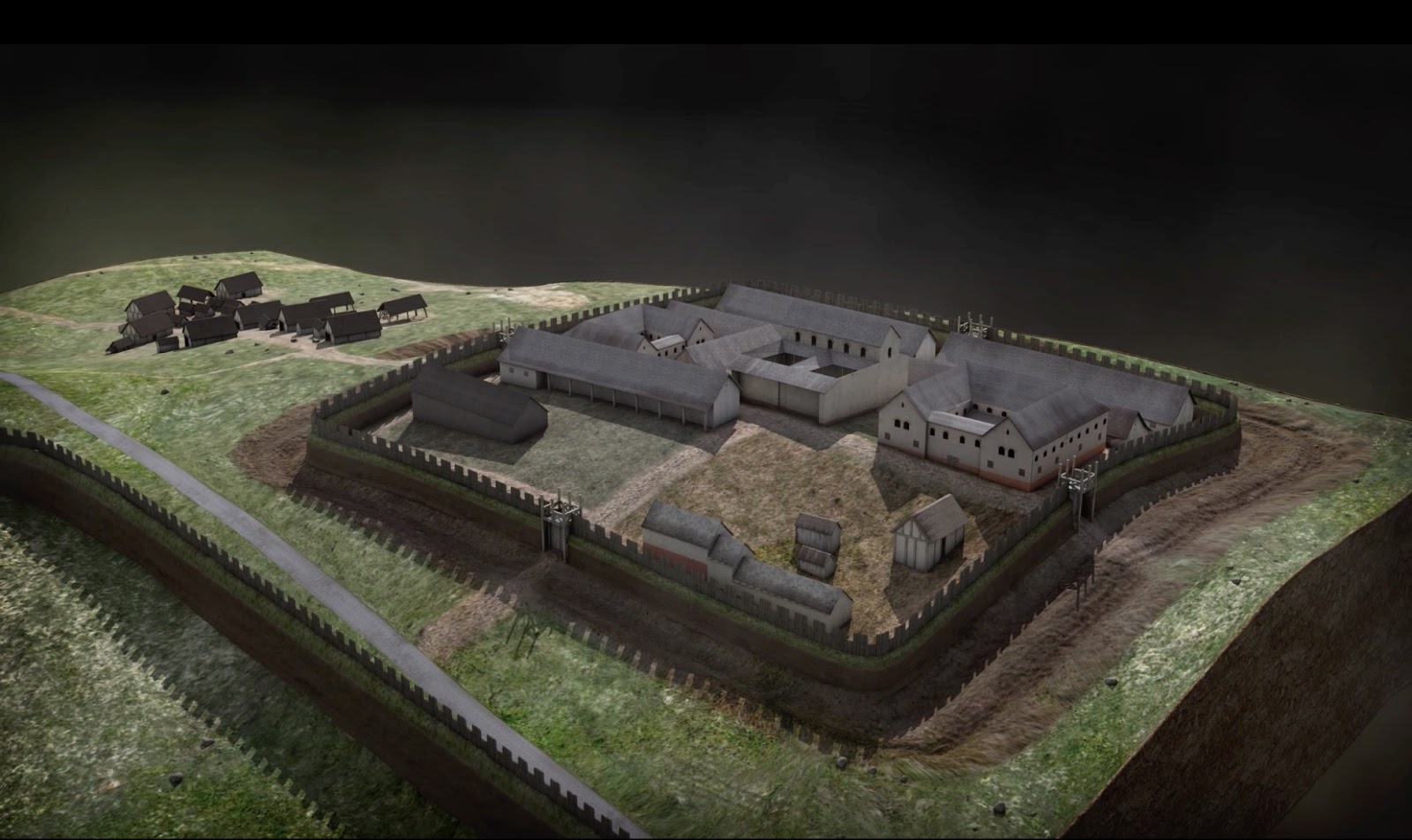 
(With thanks to Paul Spence)

For details on my latest book Down and Out in Scotland: Researching Ancestral Crisis, and my other genealogy guide books please visit http://britishgenes.blogspot.co.uk/p/my-books.html. To commission me for genealogical research, please visit my research site at www.scotlandsgreateststory.co.uk.
Posted by Chris Paton at 13:14