Genealogy in the Sunshine - and an eclipse!

On Saturday I flew back from Portugal with my family after a week at the second successful Genealogy in the Sunshine event at Rocha Brava, on the Algarve, organised by Peter Calvers from Lost Cousins (www.lostcousins.com). I have already previously blogged about the first two days at the event at http://britishgenes.blogspot.co.uk/2015/03/genealogy-in-sunshine-conference-day-1.html and http://britishgenes.blogspot.co.uk/2015/03/genealogy-in-sunshine-day-2-report.html. On day 3, Wednesday, I had the day off - each of the main speakers got one day off for good behaviour! - and so I took my family to a local attraction called ZooMarina, where we watched dolphin shows, rode on rollercoasters, watched 3D movies about...err, sea turtles, and more besides. 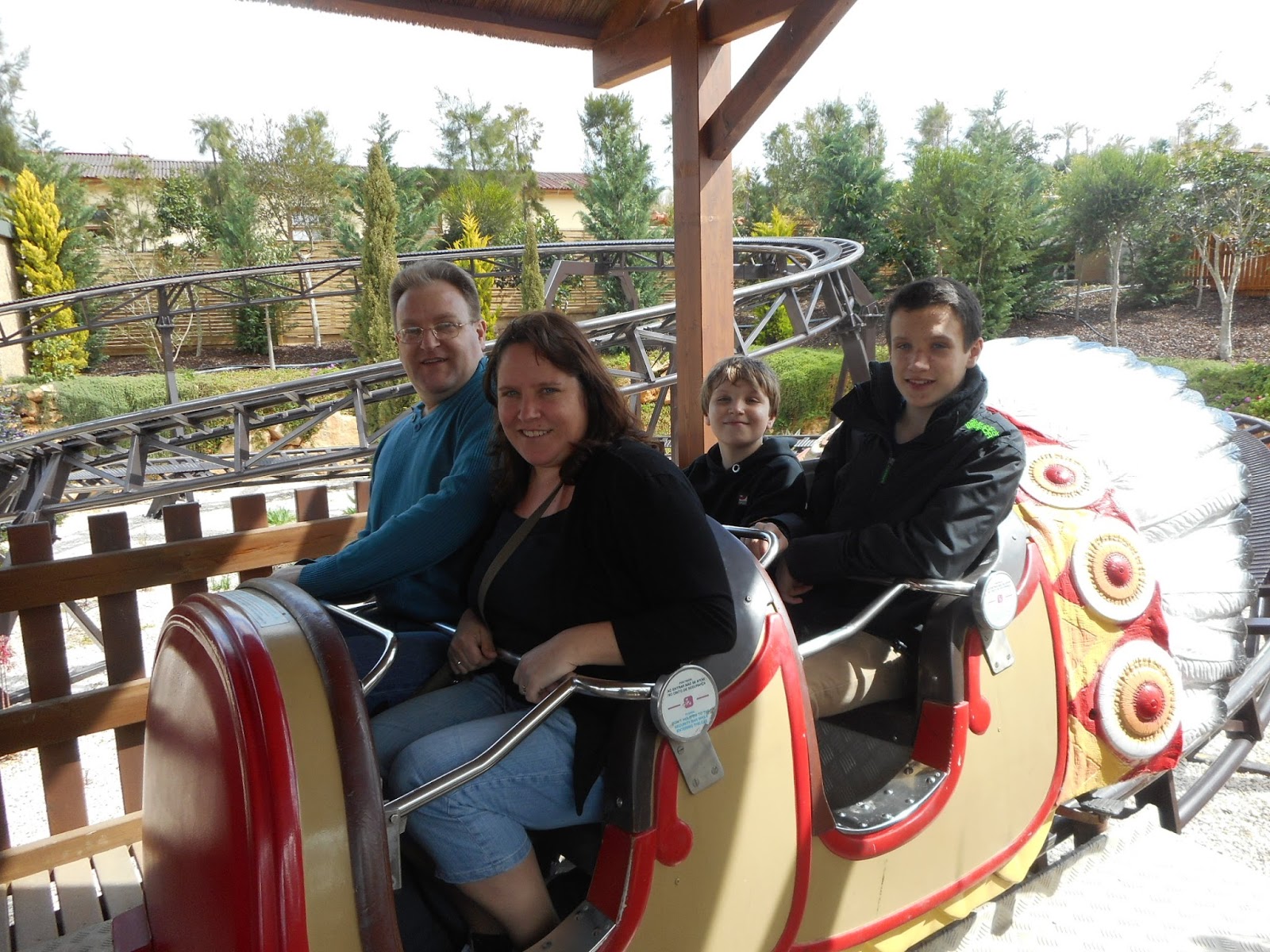 Thursday and Friday were quite busy. On Thursday morning I gave a talk about writing articles for genealogy magazines (commercially based magazines and society journals), discussing how to approach writing articles and publishers, as well as a basic overview on some associated issues such as copyright. John Hanson provided a follow on talk, at which point I then headed to John's apartment to join Else Churchill and several delegates for another brainstorming session to try to push through a few genealogical brick walls. The afternoon session then started with a session presented jointly by Donald Davis and his cousin Donna Fraser about their research into identifying a common English ancestor, followed by a talk by Rebecca Probert on divorce, bigamy and bereavement in England and Wales. There were a couple of interesting points I gleaned from this, firstly that divorce wasn't available in England and Wales until 1660, when it had been available over a century earlier in Scotland, and secondly that the words "single and unmarried" in an English marriage certificate circa the mid-20th century, as opposed to the word "bachelor", may in fact mean the intended was previously "divorced". I gave the final talk on the day about Scottish land records.

On Friday morning, my family and I got up early to observe the eclipse from Portugal! Thanks to some cloud cover, we actually got a brilliant view of the proceedings with the naked eye, as the cloud blocked most of the extraneous light from the sun, allowing us a perfect glimpse of the proceedings, as can be seen here! 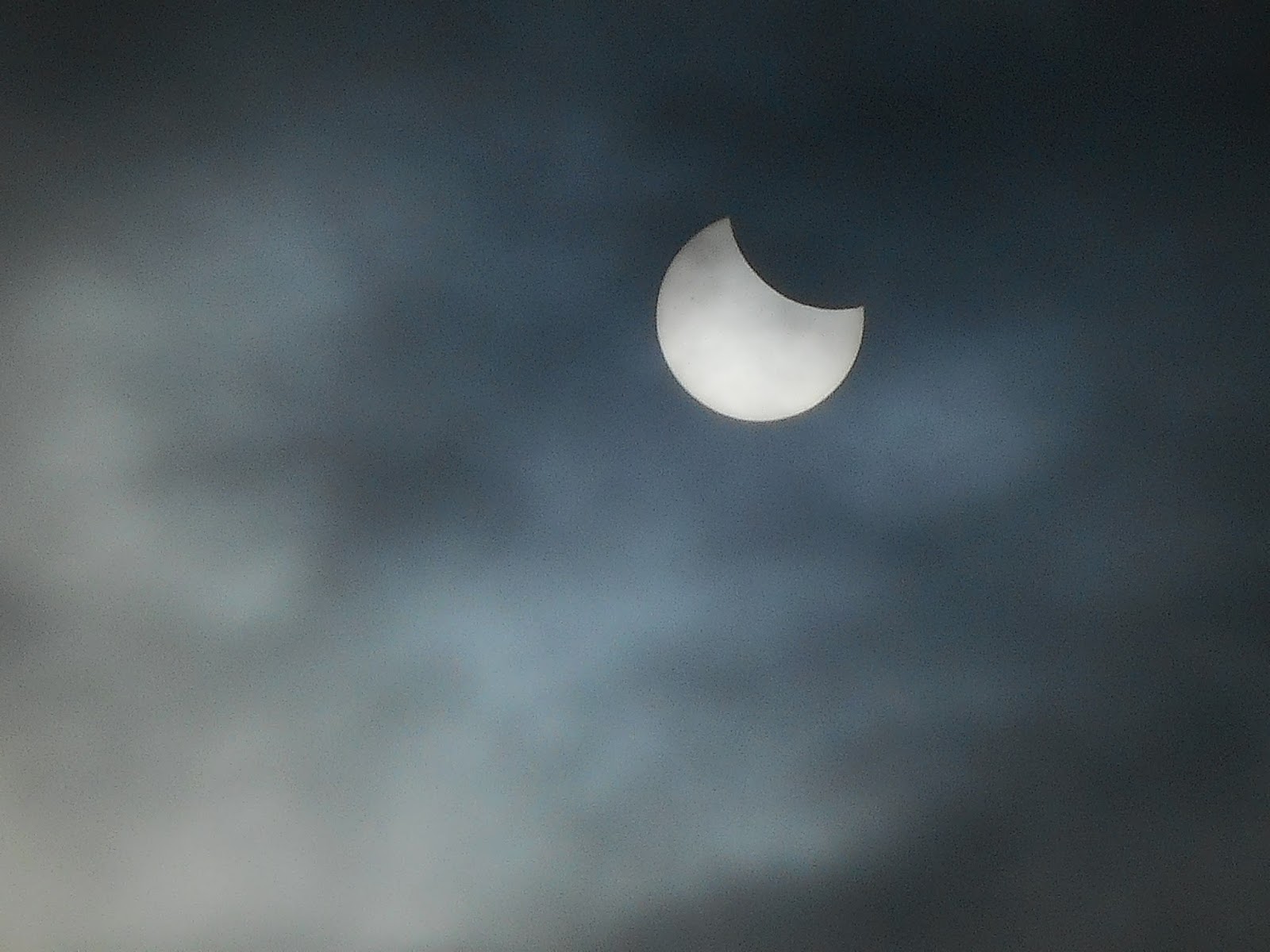 For a variety of reasons to do with talks scheduling, an away day on Wednesday, and the much more changeable weather this year (we had a couple of days of rain), Friday morning was the one and only time where I was able to make a brief visit into the village of Carveiro and to then visit the beach at Rocha Brava, but fortunately the sun played ball for both, and we had a great final morning in the region. From 2pm we then had the final sessions of the week, with John Hanson discussing the use of maps in genealogy, Else discussing 17th century sources and strategies for English research, myself discussing how I researched the Scottish based Mount Stewart Murder of 1866 (the victim was an ancestor in what is Scotland's longest official cold case), and then Rebecca ending the week with a talk about the diary of a soldier's wife from the Peninsula Wars of the early 19th century. The week then finally ended with a meal at a restaurant within the resort. 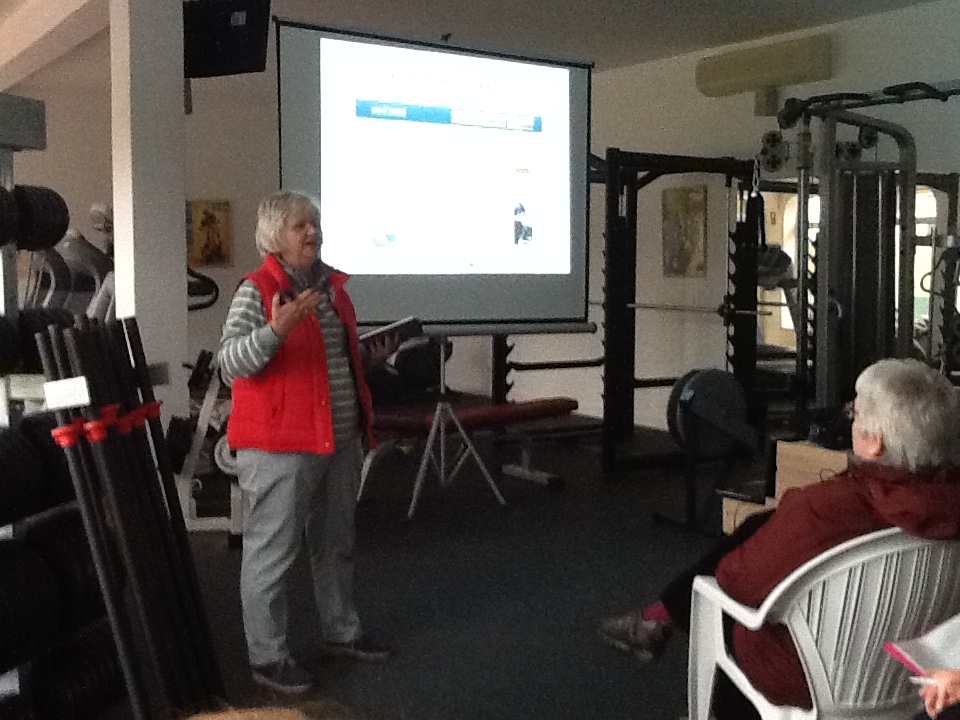 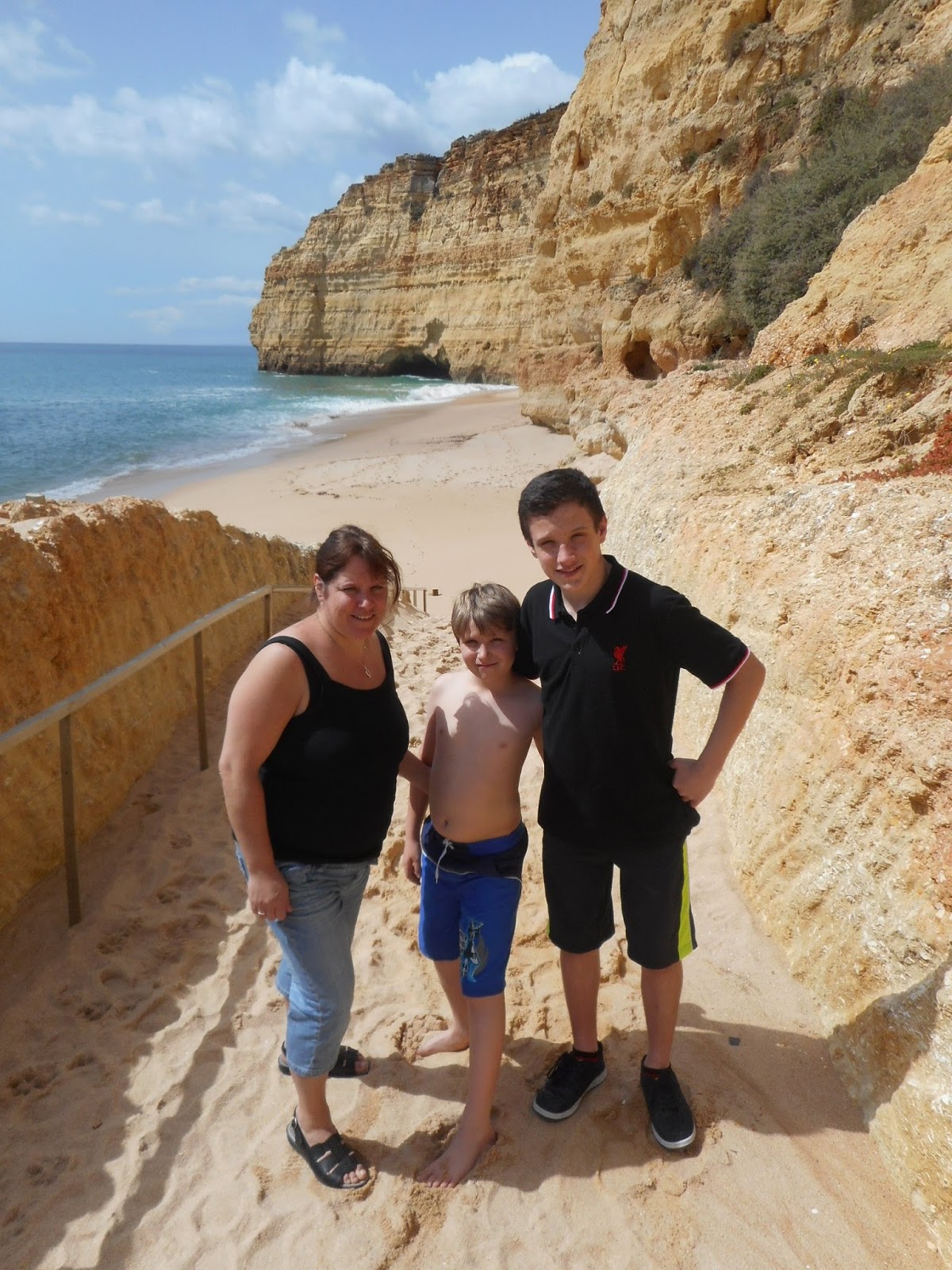 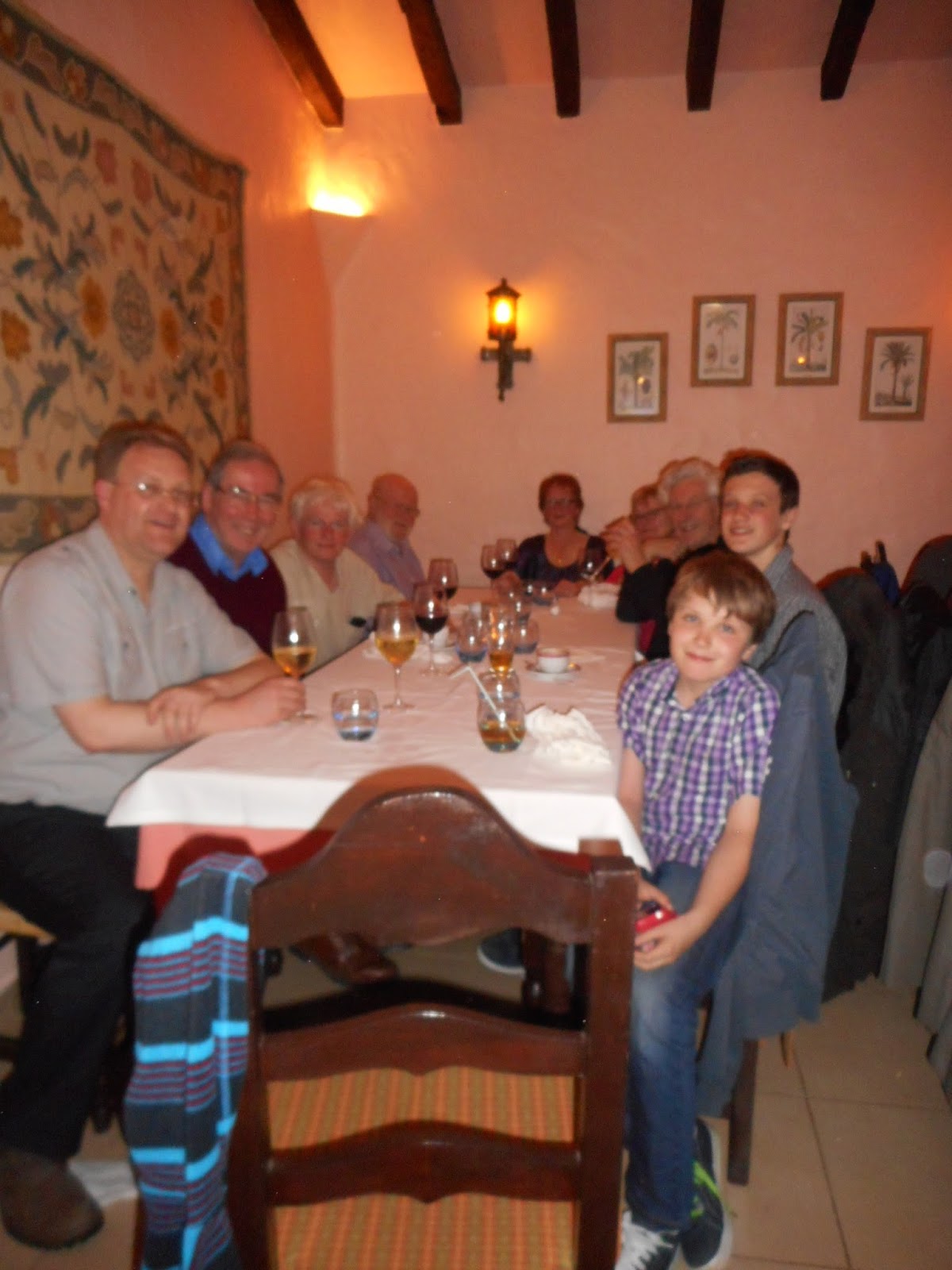 In summary, the programme this year was much more varied with many more speakers than last year, and we had many more attendees, who all seemed to enjoy themselves. The scheduling was perhaps a wee bit too late into the day each day, although there were logistical reasons for that, but it was another highly enjoyable week - albeit with the sunshine a tad less prominent than last year! As well as the official programme, I was able to record interviews with both the SoG's Else Churchill and event organiser, and Lost Cousins (www.lostcousins.com) founder Peter Calver, which I will hopefully be able to include in my next podcast in a few days time.

(With thanks to Peter Calver and all who attended)

For details on my latest book Down and Out in Scotland: Researching Ancestral Crisis, and my other genealogy guide books please visit http://britishgenes.blogspot.co.uk/p/my-books.html. To commission me for genealogical research, please visit my research site at www.scotlandsgreateststory.co.uk.
Posted by Chris Paton at 15:56

Email ThisBlogThis!Share to TwitterShare to FacebookShare to Pinterest
Labels: conferences, Europe, Genealogy in the Sunshine, LostCousins