Amazing weekend of conferences in Ontario!

I'm just back from one of my most enjoyable visits to Ontario yet, having travelled across the pond to speak at two events organised over the weekend by the Toronto Branch of the Ontario Genealogical Society (http://torontofamilyhistory.org), and the BIFHSGO (www.bifhsgo.ca) conference in Ottawa. This was my third OGS event (second in Toronto), and my second BIFHSGO conference, and it was a great chance to catch up with many familiar and friendly faces, to meet many new acquaintances, and to talk on a range of subjects both Scottish and Irish.

Always in standby genie mode, when arriving in Philadelphia on Thursday afternoon (my first visit to the US since October 2001), I managed to grab a few minutes to look at an interesting Revolutionary War exhibition on Fort Mifflin, at which I took a couple of quick pics: 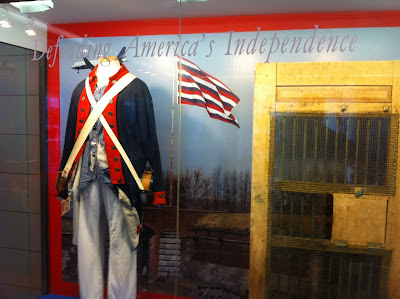 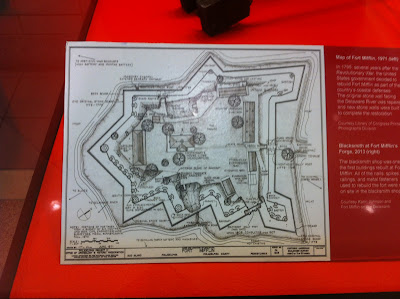 I then took my my next flight to Toronto, a short hop north of just under an hour. In the city my heart then nearly missed a beat in the evening, when, upon paying for my taxi from the airport at my hotel, I discovered that the local post office here in Largs had given me 200 Australian dollars rather than the 200 Canadian dollars I had requested (they look incredibly similar), which could have caused a small crisis if the taxi driver hadn't also had a card reader to hand!

Before I discuss what I got up to in Canada, here's an amazing view of Toronto from the air... 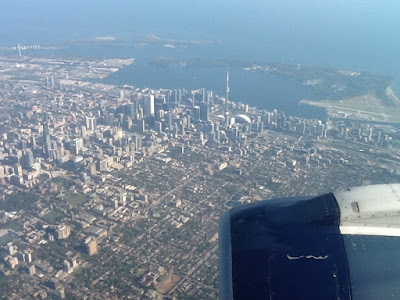 On Friday then, at North York Library in Toronto, I gave a two hour lecture entitled Down and Out in Scotland: Researching Ancestral Crisis, which ties in with my recent book of the same name, looking at how the moments of personal crisis in the past often led to the generation of very specific and detailed records. There was a packed audience for the event, and in the evening the Scottish Interest Group of the Toronto branch very kindly took myself and William Roulston to dinner, where I managed to catch up on genealogy developments in Canada since my last visit! 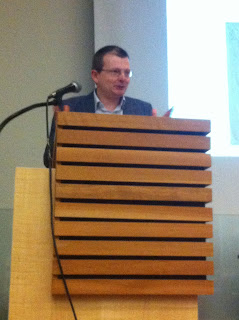 Saturday then was the main event for the Toronto branch of the OGS, and that was a full day Irish conference specifically focussed on Ulster based research. Both William (from the Ulster Historical Foundation; pictured left) and I gave two talks each. William's first presentation was on the 17th century Plantations, with his Powerpoint showing at one point a photo of the Carrickfergus based church where my parents married (and where I used to attend Boys Brigade!), and another on offline based resources of use for Ulster based family history research, including land and church records.

I gave talks on the latest online offerings for Northern Irish based research and the use of PRONI as an archive, followed by an overview on the Decade of Remembrance from 1912-22/23, including details on how to research those who signed the Ulster Covenant, the British Army, the IRA and Irish Citizens Army, the Dublin Lockout, the Suffragettes, the Ulster Volunteer Force, and more. Before getting under way I informed the audience that William and I had one major blessing in common, and that was the fact that we have the same accent as the Lord God Almighty - but that I also had one major thing in common with the Toronto crowd, in that, just like them, a lot of my Ulster research has to be done online (from Scotland)!

There were further contributions in the day from Linda Reid, David Elliott and Leigh Anne Coffey, with all three giving talks at the same time in different venues in the library. I decided to attend Leigh-Anne's excellent session on the history of the Orange Order in Canada and Ireland, which provided a glimpse of some of the types of records that the organisation has historically kept for members, albeit records that they don't actively push for research purposes, it still being a largely secret society at heart. The day ended with a Q&A session with William and I desperately searching for answers in a machine gun round of all things Norn Iron and genealogical.

As soon as I was done at North York Library I was then straight into a taxi for the airport to make my way to Ottawa. With this flight it was to soon be two for two in travel crises (after the currency issue in the taxi!), as this flight was delayed for an hour, meaning that I didn't get to my hotel until 11.30pm. A huge thanks to Christine Woodcock who valiantly waited at the airport to pick me up!

On Sunday morning then, it was straight back into the flow of things. The BIFHSGO conference was a three day event, and I was along for the last day only - as such, I packed in three talks on the same day, looking at Scottish land records, the law and records surrounding Scottish inheritance (moveable and Heritable estate), and the final session, on the history, law and records surrounding marriage in Scotland. (I was careful to announce up front that this was a genealogy lecture, and not a counselling session!). All three talks had subjects that covered areas which have historically been handled very differently in Scotland compared to the rest of the British Isles, with Scots Law being a very separate construct to English Law. I had a lot of fun trying to convey the information over, and as usual tried to be serious about what I was discussing, but not necessarily in how I discussed it! 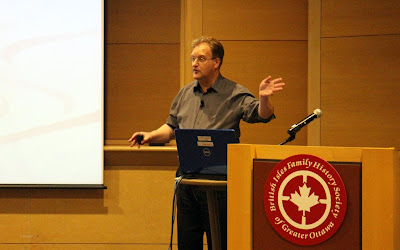 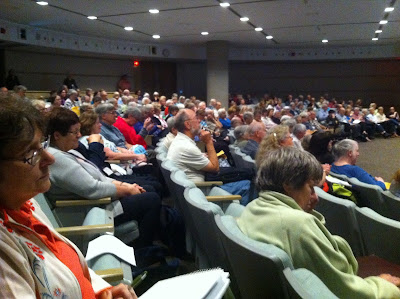 The biggest laugh of the three talks came when a question from the audience was asked about a Scottish woman in the 1841 census describing herself as independent - what did that mean? I answered that she was 170 years ahead of the rest of us! It was the anniversary weekend of our independence referendum, so I was being topically flippant - but I did give the actual answer immediately after!

After the conference was over I had the great pleasure of going for a drink and a bite to eat with fellow Scottish talks speaker Christine Woodcock, and Chicago based speaker and geneablogger Thomas MacEntee, with whom I had previously gone on an Unlock the Past talks tour of Australia and cruise at the beginning of last year. It was great craic and a very relaxing way to unwind after three hectic but enjoyable days. 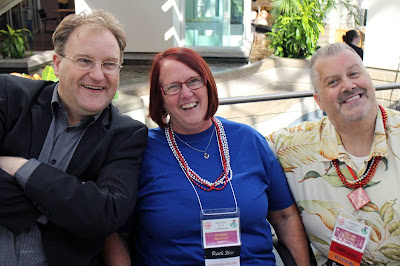 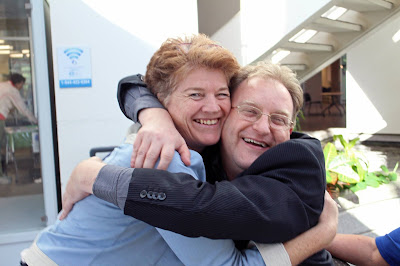 Yesterday morning both Thomas and I were then given a lift to the airport by Pamela Cooper (who coincidentally is currently studying one of my Pharos courses - small world!), and after a further gab with Thomas it was time to say goodbye. At this point, of course, it was soon three for three on the travel front, as my flight to Philadelphia was delayed by an hour, leaving me just half an hour to board my flight to Glasgow - and just to get me to four for four, in Glasgow my suitcase never turned up when I arrived there this morning! The last I have heard, it has started a new life in Philadelphia, but is to be deported later this evening... :)

I would like to thank both the committees at the Toronto Branch of the OGS and BIFHSGO for such superb events, and in particular, to thank Susan Kis and Jane Down for their superb efforts in co-ordinating my participation. I would also like to thank the SIG group in Toronto for a great evening meal on Friday, to all the fellow speakers and friends I caught up with whilst out, to Global Genealogy for the promotion of my Unlock the Past books, and to Christine Woodcock and Pam Cooper for getting me to where I needed to be on time!

Chì mi a-rithist sibh - until the next time!!! 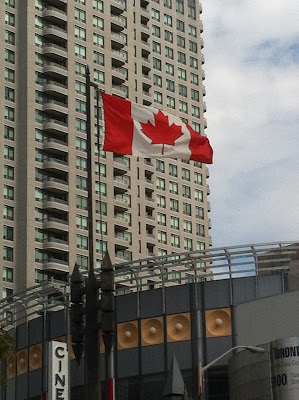 (For readers based in Canada, various books I have written which I referred to in my talks, tying in with much of the content I discussed, can be accessed from Global Genealogy at http://globalgenealogy.com/admin/utp.htm. Global does not appear to have my new book Discover Irish Land Records as yet, but it can also be sourced from Unlock the Past in Australia or My History in England - please see http://britishgenes.blogspot.co.uk/p/my-books.html for details. E-book editions are also available.)

For details on my genealogy guide books, including my recently released Discover Irish Land Records and Down and Out in Scotland: Researching Ancestral Crisis, please visit http://britishgenes.blogspot.co.uk/p/my-books.html. My new Pinterest account is at https://www.pinterest.com/chrismpaton/.
Posted by Chris Paton at 16:51