US Ambassador to the UK Matthew Barzun is visiting the city where the Mayflower set off on its historic voyage to the United States almost exactly 395 years ago.

The Ambassador is visiting Plymouth over two days and will be meeting the leadership group responsible for planning the Mayflower 400 events for which Plymouth is the lead city in the UK. 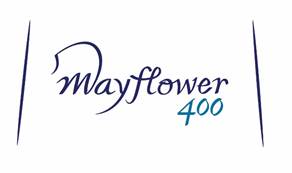 He will also be meeting students and young people, visiting local businesses, paying his respects to US servicemen and visiting sites connected to the historic voyage.

The Ambassador’s visit to Plymouth is a high point to date in the Mayflower 400 campaign, which ultimately seeks to invite all US presidents past and present to stand on the Mayflower steps in 2020.

“We have set ourselves some very ambitious objectives for 2020” said Adrian Vinken OBE chair of the Mayflower 400 Leadership Group. “When we started out on this campaign two years ago we probably wouldn’t have thought that we’d be welcoming Ambassador Barzun to Plymouth and yet we’re honoured by his presence here today. For an occasion as globally significant as Mayflower 400 anything is possible.”

City Council Leader Tudor Evans wrote to the Ambassador last year inviting him to the city and a delegation from Plymouth to the USA in March visited the State Department to discuss Mayflower 400 and the international opportunity that the commemoration represents.

Councillor Evans said: “We’re delighted that Ambassador Barzun is coming to Plymouth almost exactly five years before this hugely important anniversary. The sailing of the Mayflower is arguably one the most influential single voyages in the history of the world and the spirit of that voyage and the beliefs that motivated it led to the creation of the most p owerful nation on earth.

“So Mayflower 400 is a very significant event on both sides of the Atlantic. We are looking forward to discussing the opportunity with the Ambassador, as well as sharing some of the many connections between Plymouth and the United States both past and present and showing him the city where it all started.”

The Ambassador’s visit will also coincide with the launch of the Mayflower 400 website and a national Mayflower education pack which is being distributed to schools in all 11 English towns and cities that make up the Mayflower 400 Compact.

“We’re delighted that Ambassador Barzun has come to the city to visit where his ancestor stood before embarking on that world-changing voyage’ said Mr Vinken. “It also serves to demonstrate that the ‘special relationship’ we share with the United States which originated with the Mayflower and its values of individual freedom and democracy is today as relevant and strong as ever.”

If you would like to become involved in either fundraising or participating then please visit our website: www.mayflower400UK.co.uk

(With thanks to Annabel Jenkins)

For details on my genealogy guide books, including my recently released Discover Irish Land Records and Down and Out in Scotland: Researching Ancestral Crisis, please visit http://britishgenes.blogspot.co.uk/p/my-books.html. My Pinterest account is at https://www.pinterest.com/chrismpaton/.
Posted by Chris Paton at 16:08