Playing the Game: Sport, Ireland and The Great War

A joint conference organised by PRONI and the Antrim and Down Branch of the Western Front Association. 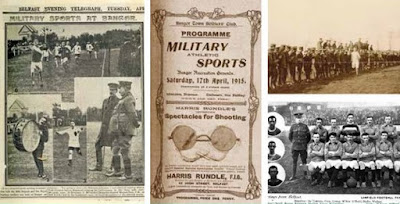 Sport and the sporting ethos played an important role in the First World War both as a recruiting tool and as a means of maintaining moral in the fighting forces. It was also a cause of controversy as the continuation of spectator sport on the home front was seen as a distraction from the war effort. The conference will look at various aspects of sport and the War in Ireland.

Speakers will include: Dr Tim Bowman (University of Kent) on recruiting sportsmen’s units in Ireland; Dr Conor Curran (Dublin City University) on sport in Donegal during the Great War; Dr Dónal McAnallen on the GAA and the First World War; Tara Lynne O’Neil on women’s football and the Great War; Tom Thorpe (King’s College London) on the military value of sport; Stephen Walker on Irish sportsmen and the Great War.

Admission is FREE but booking is recommended. Please contact PRONI to secure your place. 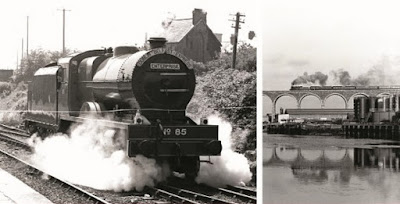 PRONI is delighted to announce that we will be hosting a half day conference on the 20 October on the era of steam trains. Speakers will include: Charles Friel (Railway Preservation Society Ireland) ‘The origins of Ulster’s railway’; Robin Masefield (author) ‘Be Careful Dont Rush’ Celebrating 150years of train travel between Holywood and Bangor; Mark

Admission is FREE but booking is recommended. Please contact PRONI to secure your place.

For details on my genealogy guide books, including my recently released Discover Irish Land Records and Down and Out in Scotland: Researching Ancestral Crisis, please visit http://britishgenes.blogspot.co.uk/p/my-books.html. My Pinterest account is at https://www.pinterest.com/chrismpaton/.
Posted by Chris Paton at 12:08