For the last three weeks I have been travelling across Australia and New Zealand with Dirk Weissleder of the Deutsche Arbeitsgemeinschaft Genealogischer Verbände (www.dagv.org), who has himself been on something of a world tour for longer, taking in additional speaking engagements in the United States and in Singapore. 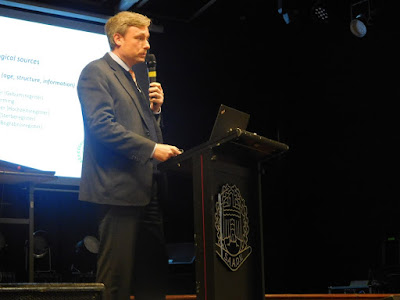 One of the things that Dirk has been promoting is a recently established venture, the International German Genealogy Partnership (https://iggpartner.org), a body which started off originally as the German-American Genealogical Partnership in 2015, but which has since expanded to take in additional partner societies from across the world, including the Anglo-German Family History Society (www.agfhs.org) in the UK.


The Partnership lists the following aims on its website to help unite German genealogy researchers worldwide: 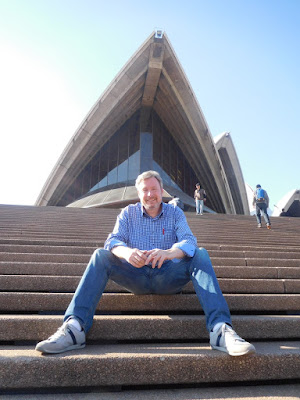 Over the last three weeks I have listened to many of Dirk's talks on German genealogy, and have learned a lot. Germany has never had much of an existence as a centralised state (bar its existence under the Nazis), with its organisational history comprised for most of its past as a series of strong independent states. Things that we take for granted in the UK and Ireland, such as extensive archives access and the use of DNA for genealogical research, have a different flavour in Germany - DNA testing, for instance, is not at all popular, in a country which once required its citizens to prove their ethnicity, whilst many archival records were destroyed in the world wars. At the same time, however, many records do survive. The real battle for many modern genealogists in Germany is to change the attitudes of earlier generations in terms of the merits of genealogical research and the provision of access to such records, and Dirk has been doing his part to promote efforts in this direction.

If you are interested in German research and in connecting with the wider German diaspora, do check out the DAGV and IGGP websites.

My next 5 week Scottish Research Online course commences Sept 11th 2017 - details at www.pharostutors.com/details.php?coursenumber=102. For my genealogy guide books, visit http://britishgenes.blogspot.co.uk/p/my-books.html, whilst details of my research service are at www.ScotlandsGreatestStory.co.uk. Further content is also published daily on The GENES Blog Facebook page at www.facebook.com/BritishGENES.
Posted by Chris Paton at 21:21