Genealogy in the Sunshine - Days 2 and 3 report

Days 2 and 3 have now just about passed on the Lost Cousins (www.lostcousins.com) Genealogy in the Conference programme in Portugal - well, almost passed, the speakers are doing some one to ones on advice later this afternoon!

Yesterday, the Society of Genealogists resident gene genie Else Churchill kicked off with a talk about additional family history resources that can be consulted beyond the parish registers, followed by myself with a talk on the history of the Scottish Kirk, its schisms, and how to find various records - particularly for those of dissenting or nonconformist traditions. The big event of the day however was unquestionably Vancouver based Donald Davis' talk on the 1841 census, which not only discussed how the enumeration process was established for England and Wales (and Scotland), but which also included examples of original household schedules that he has recently discovered in Shropshire Archives for that census in Ludlow. It was a magic tour de force on a thoroughly well researched subject, and one which also alerted us all to the growing possibility, and perhaps likelihood, of such further discoveries coming to light elsewhere, as detailed cataloguing of resources continues across the country's vast array of archives. Truly one of the best genie lectures I think I have ever attended. 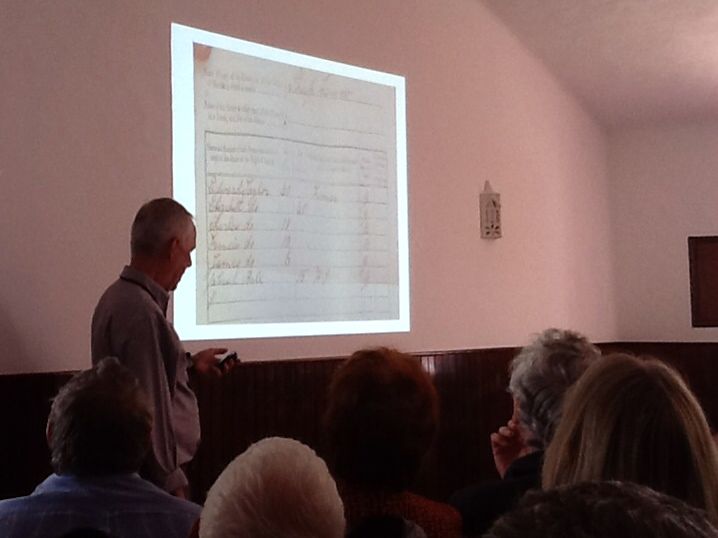 I later thanked Donald as I recounted how I had recently had a lengthy discussion with an academic genealogist who claims the censuses that we access to be primary sources, when they clearly are not, as enumerators' returns are copies of the data as extracted from the household schedules. What was truly shocking to discover from Donald's lecture is just how different the published 1841 census returns can be from the primary source - in the examples he gave, we actually saw family relationships recorded, correct ages recorded before being rounded down by the enumerator in the published return, and a truly lengthy list of occupations - as indicated by the householder himself/herself (apparently the only census where they had free reign to describe what they did themselves) which were later standardised in the enumerator's records to fit pre-determined categories. It was almost night and day between the household schedule and the enumerator's return, to the point that two people were in fact listed on one household schedule, and their names then crossed out - and those names did not subsequently make it to the extracted return. 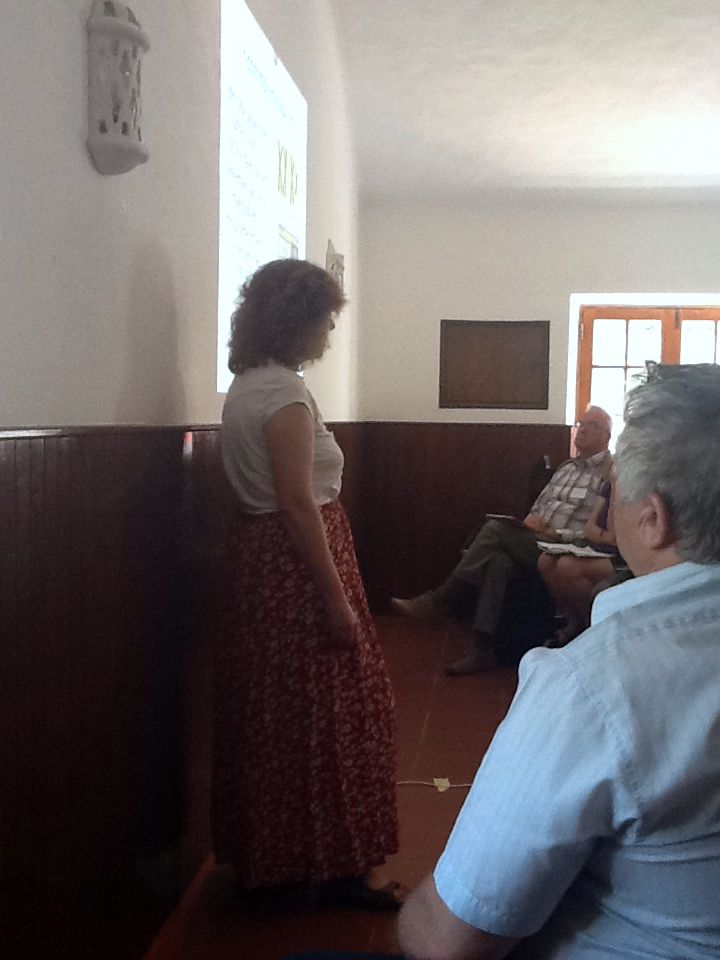 In the evening, there was an opportunity for several delegates to cook for each other and to have a 'safari supper' in small groups, though as I am already in a group of four with my family, I bowed out from that one - sounds like a good time was had by some of the delegates who did participate! Instead, we went for a trip to a nearby town called Caroveiro, and had a few drinks by the beach and a bit of exploration away from the touristy bit, in some of the back streets!

Today I kicked off the proceedings with a discussion on Scottish civil registration records, and after this, and after a bit of a technical hitch (my computer became possessed by demonic forces for a short while), Debbie Kennett then gave an introductory talk on Y-DNA and mitochondrial DNA testing. The SoG's John Hanson then took up the reins and finished with a talk on one name studies and one place studies. Later this afternoon we are having a scheduled experts advice area, then this evening an informal get together at a local bar in the resort.

So far the Genealogy in the Sunshine event has been working an absolute treat, with a small but dedicated crowd, a range of interests - oh, and some sun!!!! 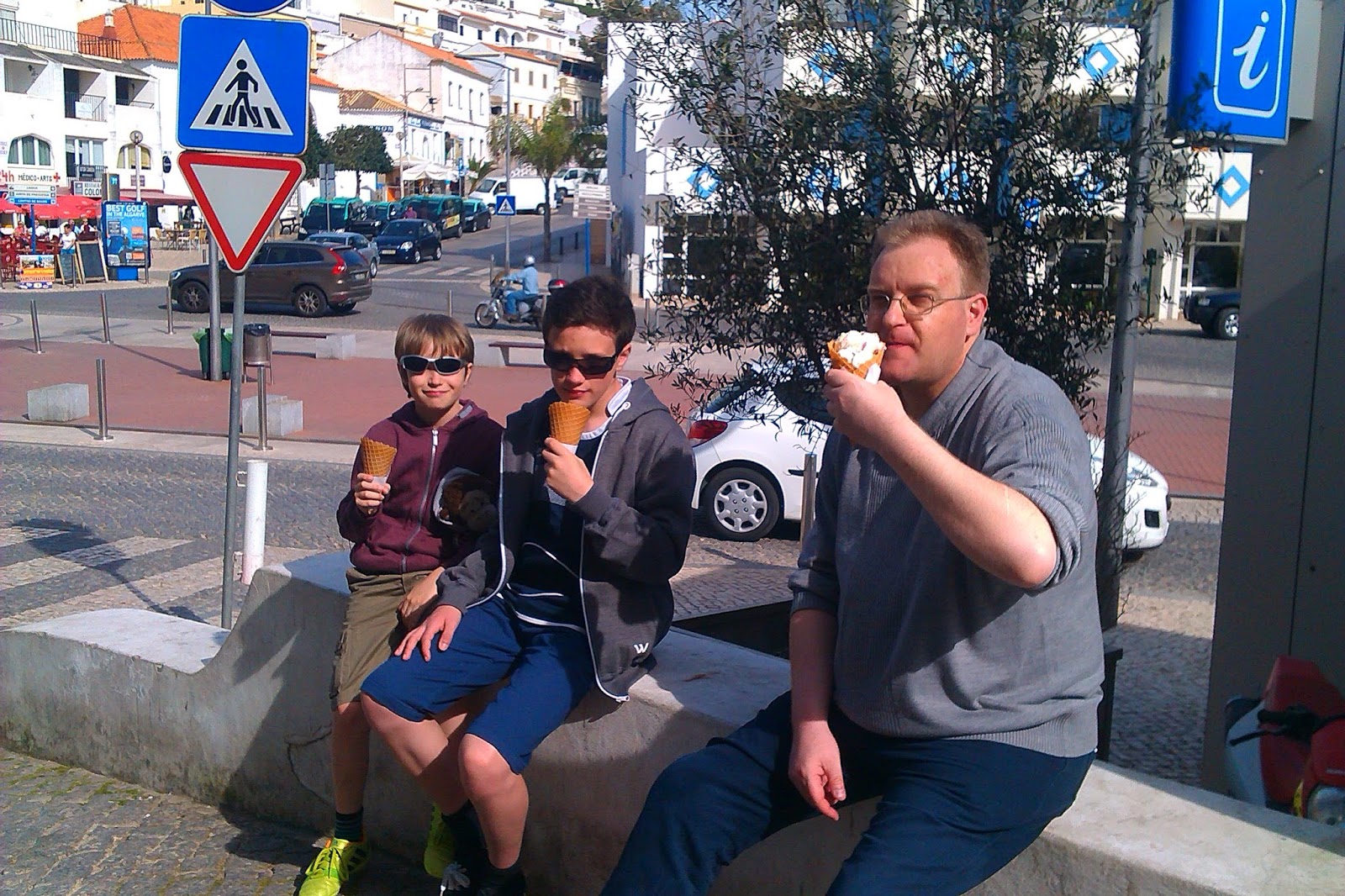 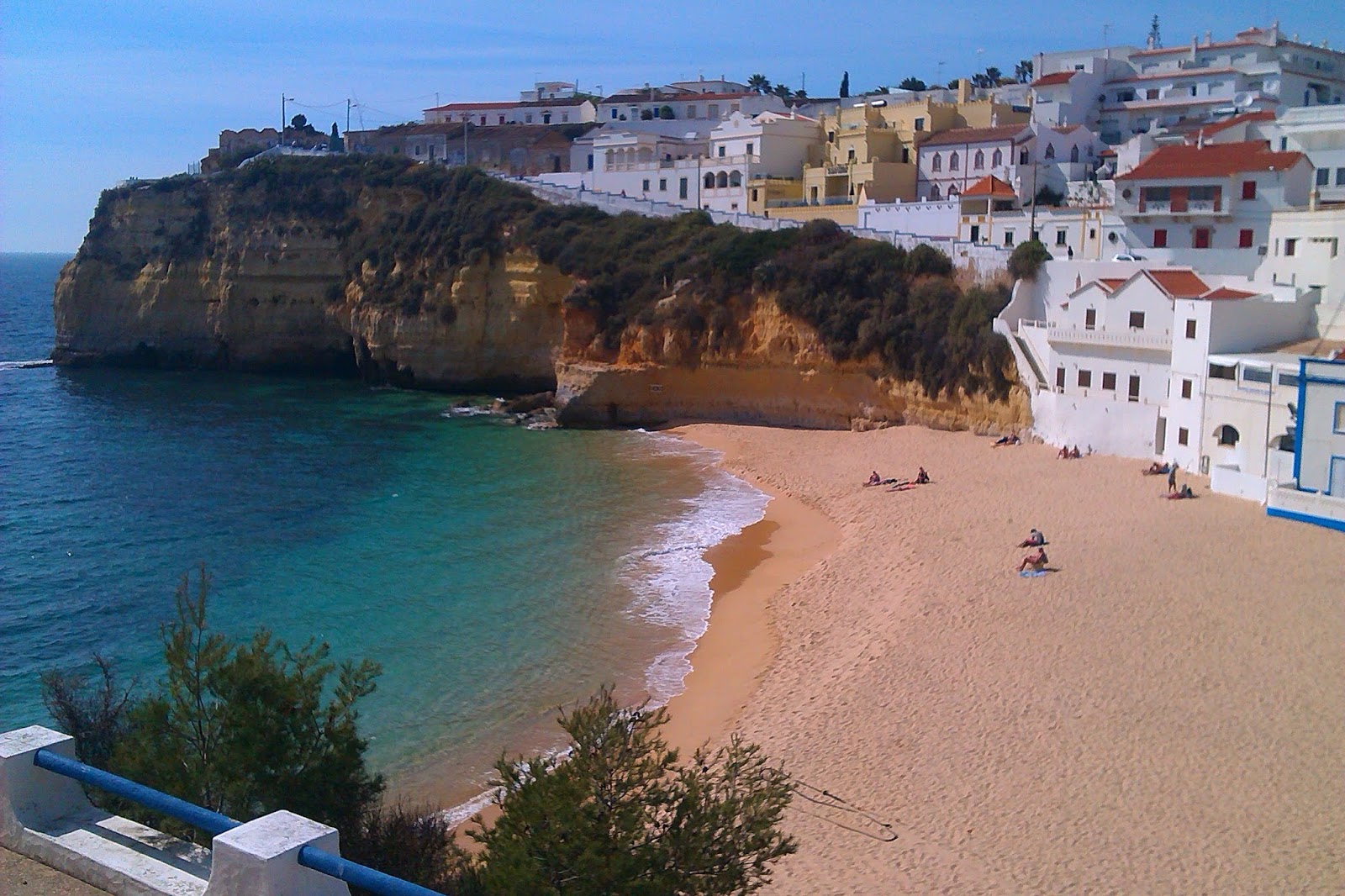 Time to find your inner Irish...! All the best online Irish genealogy resources can be found through my book Tracing Your Irish Family History on the Internet - in print and ebook formats. "Very useful, makes me wish I was Irish!" - Saint Patrick, patron saint.
Posted by Chris Paton at 16:05