I've very kindly been given a couple of books to review, from both Joe Garonzi from the Genealogical Publishing Company in Baltimore, Maryland, and from Ann Robinson of the North of Ireland Family History Society at the recent Who Do You Think You Are Live event. A huge thanks to both for the review copies - here goes...! 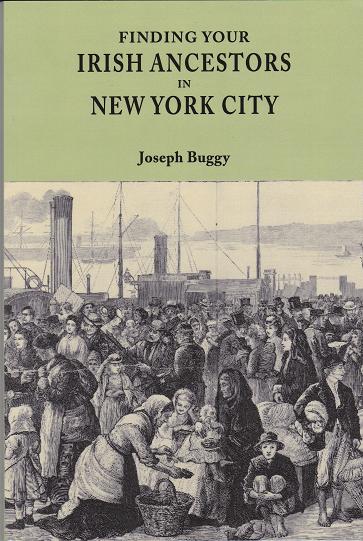 I love reading a book about a subject I think I know about, only to then have the level of my knowledge flagged up for the totally inadequate level that it is really at. I am fairly clued up on Irish research in Ireland - it's partly what I do for a living - but trips to Australia and Canada in recent years have shown me just how little I know about the diaspora, what became of it, what it achieved, and above all else, how it was documented. And yet understanding the diaspora in many instances can be the vital element to help unlock the brick wall problem that has bugged Irish researchers for so long.

So turning to Joe Buggy's book I initially thought I was going to be faced with a guide flagging up some of the obvious online stuff that I would turn to when seeking to trace an emigrant heading over the Atlantic. If ever I made a mistake on that front, it is definitely with this book - because this is an absolute gem of a guide for those who settled in the five boroughs of New York City.

At 166 pages, and structured across eleven chapters, the surprises come thick and fast, and from the word go. Did you know that many Irish naturalised as a consequence of fighting in the US Civil War? Did you know that the Irish were often loathe to report births, marriages and deaths to the civil authorities in New York, and that prior to 1910 only 75% of births were so registered, with Roman Catholics particularly loathe to do so, believing baptismal registers at the local church being more than adequate for the job? I didn't! A good research guide will tell you why you quite often won't find a record, as much as where to look to try do so in the first place. This guide also provides a real feel for the place and the complex society encountered by the Irish when they first stepped into New York City e.g. "after the Famine, Brooklyn practically became an Irish county in America", whilst the Tammany Society was definitely something to get in with upon arrival.

The book covers many underutilised resources such as almshouse records (the US equivalent of a poorhouse) and lesser known New York censuses (there were more than just federal and state censuses), and some true gems I have never heard of before, such as the Test Books of the Emigrant Industrial Savings bank, helpfully noting parish of origin in Ireland for all who held accounts. It also provides detailed lists of societies, newspaper holdings, details of Roman Catholic churches and their records (132 churches in Manhattan alone across time), detailed article lists and website guides and much, much more.

Is there a down side? Well perhaps just the one. The text is printed at an incredibly small size - possibly less than 6pt - and that does make it a bit of a strain to read. But I'm someone who has had a few ancestors who settled in New York for a time, and until now all I have consulted for them have been passenger lists and census records. This book is about to unlock a whole new research world, and I can't wait to get stuck in... 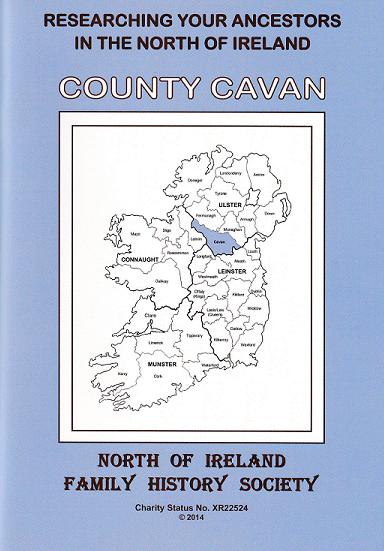 This is the latest in depth county guide from the good folks at NIFHS, this time focussing on Cavan, a county of Ulster but one located within the Republic of Ireland.

Very much a resource guide, it of course covers a great deal of the resources that one might consult for any Irish research, such as Griffith's Valuation and Tithe records, but its true value lies in identifying some of the more unique resources available for Cavan itself. Various estate records from the county are identified with their PRONI, NLI or NAI accession numbers, and there is a very helpful chapter identifying burial records from the county in various publications.

Useful colour maps of baronies and poor law unions are also included, and a black and white civil parish map, as well as links to online hosted townland maps. Of immense help also is a detailed breakdown of religious based vital records and parish histories available for various areas and denominations, and details on where to access them. If you have Quaker ancestry from the county, for example, it will point you in the direction of a history of those who met in Cootehill from 1801, whilst a separate Moravian congregation was also based there from 1765 (clearly Cootehill was worth visiting!).

A handy wee 40 page long guide, well laid out and designed to get you out of any Cavan based research pickle! (NB: Also available from the society is a similar guide for Monaghan records).

Price: £6.50 plus p&p
Available from www.nifhs.org