I've not run these in a while, but Ken Nisbet has just been in touch with a detailed outline of the new CWGC archive, now available online at www.cwgc.org, very worthy of a Guest Post label! 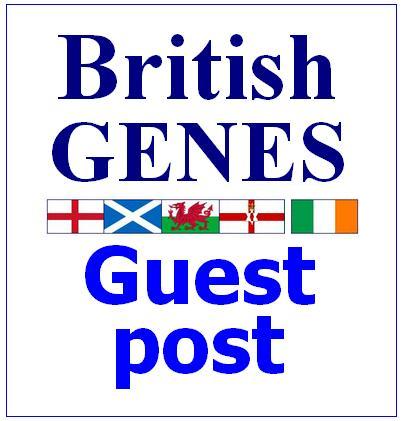 The archives consists in the main of three sets of documents and in many cases not all sets will be present. The documents can be downloaded as JPEG’s

This is the most common document, which can consist of two parts:

The Register for the cemetery or the memorial, if your relative is commemorated on a mem
orial such as the Menin Gate at Ypres or the Thiepval Memorial on the Somme this likely to be the only document. This is the original register and may show if there was any additions to the register or in one case I looked at for the Thiepval Memorial it had the details crossed out showing that the body had been found later on and where it was now buried.

a) The burial place, its map reference
b) Plot Reference

Then for each headstone:

1st Line Badge Design No and Layout No
2nd Line Number & Rank
3rd Line Initials, Name and Honours
4th Line Regiment
5th Line Date of Death (In any instances where the entry “None” appears in line 6 the age will be omitted from the Headstone and the date of death centred laterally)
6th Line Age
7th Religious Emblem (Centre of Stone) this could be a cross or the Jewish Star for Jewish personnel
8th line to be stencilled on the foot of the headstone below ground level, the plot number, row number, grave number

The second page shows what text if any was to be entered on the stone for unknown soldiers “ Known unto God”, where the family had requested text to be added it shows the text and the name and address of the relative

This document was created when bodies were removed from burial plots or cemeteries that could not be maintained or controlled by the Imperial War Graves Commission / Commonwealth War Graves Commission. It shows the name of the cemetery of reburial , plot number and grave number for that cemetery.

It shows the name of the cemetery or the map reference for where the individual was originally buried if a cross had been erected, the name of the individual if known and their regimental particulars, the means of identification and were any effects forwarded to the base. For my own research it showed that Cyril Broom a 2nd Lieutenant in the 10th Battalion H.L.I. who was killed on the 15th July 1915 was originally buried in Salome Churchyard German Extension, a cross had been erected and he was indentified by this and his officer’s uniform. Cyril was then reburied in Rue Petillon Military Cemetery at Fleurbaix. In another example, Robert Speedon Macfarlane 2nd Lieutenant 15th Battalion H.L.I. killed on the 3rd July 1916 on the Somme front, was buired not in a cemetery but in an unnamed burial plot which is identified with a map reference, a cross had been erected and he was identified by his uniform and boots and he was then reburied at Serre Road Cemetery No 2. 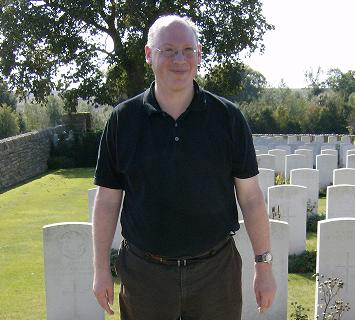 He is also the author of The Register of Corrected Entries and Its Use for Family History.

Now available for UK research is the new second edition of the best selling Tracing Your Family History on the Internet: A Guide for Family Historians, whilst my new book British and Irish Newspapers is also now out. And FindmyPast - please reinstate the original Scottish census citations on your new site.
Posted by Chris Paton at 13:53