RELEASE OF THE ROLL OF HONOUR 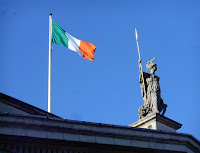 In summary, to be recognised as a casualty one had to be proven to be :

To view the Roll of Honour, in PDF format, visit www.militaryarchives.ie/fileadmin/user_upload/MSPC/documents-34/Roll_of_Honour_1916_Rebellion_Dead.pdf


RELEASE OF THE PARTICULARS OF THE 1916 LEADERS EXECUTED

The list shows the following particulars: name, address, organisation, rank, unit, civilian occupation, cause and place of death as well as file references in the collection.

To view the details visit www.militaryarchives.ie/fileadmin/user_upload/MSPC/documents-34/1916_Leaders_Executed.pdf. 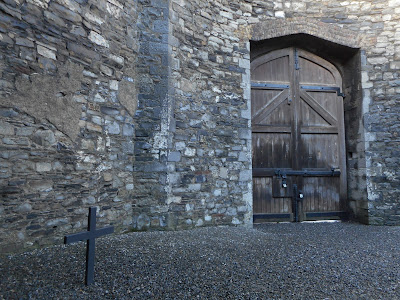 The spot in Kilmainham Gaol where James Connolly was executed

(Incidentally, having been to Kilmainham Gaol last Sunday, where the leaders were executed, I would thoroughly recommend a visit. You might wish to turn up early though to book a tour slot, they were being snapped up fairly quickly when we arrived. I believe admission prices are also going up soon, so best to get in quick! See www.heritageireland.ie/en/kilmainhamgaol).

Note that the Military Archives reading room will be closed in March and April, as the records are being relocated into a purpose built facility on the site, which will open at the end of April. For further news on this please visit www.militaryarchives.ie/news-events/single-view/article/lunchtime-lecture-series-for-heritage-week-22-30-august-2015.

For news of the recent confirmation of further funding for the digitisation effort, see http://britishgenes.blogspot.co.uk/2015/12/irelands-revolution-will-be-digitised.html

(With thanks to Military Archives)

For details on my genealogy guide books, including my recently released Discover Irish Land Records and Down and Out in Scotland: Researching Ancestral Crisis, please visit http://britishgenes.blogspot.co.uk/p/my-books.html. My Pinterest account is at https://www.pinterest.com/chrismpaton/.
Posted by Chris Paton at 11:13