The Revolution Papers now on sale in Ireland

The Revolution Papers is a new Irish produced 52 part weekly series of reprints from newspapers from 1916-1923, looking at the events of the latter half of the Decade of Centenaries. 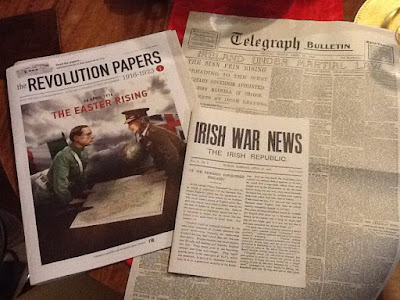 Its website at http://therevolutionpapers.ie outlines the project, and having purchased the first edition last week in County Kilkenny, I have to say that I am seriously impressed (so far!) with not only the quality of the reproductions available, but also the variety of academic insight articles from universities across the island, from the north and the south. The aim of the publication is to look at events from British and Irish viewpoints, from nationalist and unionist, and from pro-Treaty and anti-Treaty perspectives.

The first edition looks at the Easter Rising of April 1922, and provides facsimile copies of the following titles from that week:

In addition, there is also a facsimile copy of the Irish declaration of independence, known as the Proclamation of the Irish Republic, which was read out from the GPO on O' Connell Street (Sackville Street at the time) and posted outside it, with a fairly interesting and somewhat critical analysis of the many of the claims made in the document, which was signed by the Provisional Government.

Each weekly edition costs €3.90 in the Republic of Ireland, or £2.90 in Northern Ireland. Subscriptions are also available via the website at http://therevolutionpapers.ie/subscriptions.php.

The collection can also be purchased from here in Britain, but unfortunately not in weekly instalments - instead, you have to purchase the entire collection in one go, at a cost of £208, which equates to £4 per issue (see http://therevolutionpapers.ie/subscriptions_outside.php). Additional subscription rates for Europe, the United Sattes, and the rest of the world, are also available.

Incidentally, whilst in Ireland over Christmas, I took the opportunity to visit several key sites connected with the period, as part of research for a forthcoming Unlock the Past book. Pictured below are the GPO in Dublin, where the republic was first proclaimed; the spot in Kilmainham Gaol where James Connolly was executed; Béal na Bláth in County Cork, where Michael Collins was killed in an ambush during the Irish Civil War on August 22nd 1922; and the family grave plot for the De Valera family in Glasnevin Cemetery. 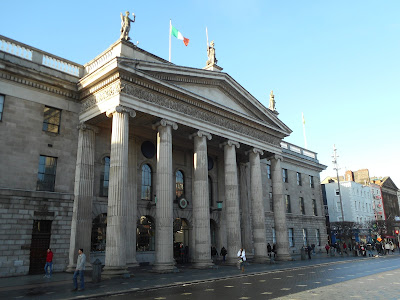 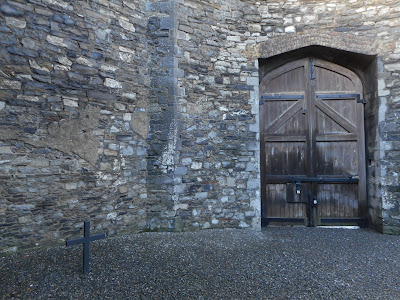 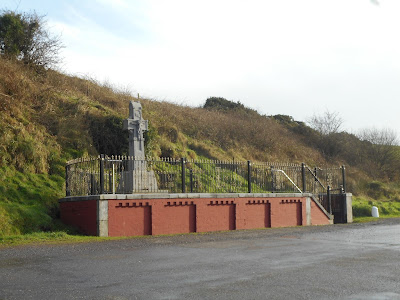 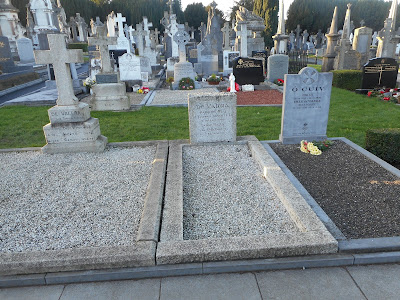 
I have to comment at how shocked I was to see the state of the road leading to the monument at Béal na Bláth in Cork (the L2011). The Irish Government may wish to consider repairing the road, with some of the worst potholes and huge chunks of road just missing, before someone ends up killing themselves on a visit to the monument. I suspect it may get a bit busy there over the next few years.

For details on my genealogy guide books, including my recently released Discover Irish Land Records and Down and Out in Scotland: Researching Ancestral Crisis, please visit http://britishgenes.blogspot.co.uk/p/my-books.html. My Pinterest account is at https://www.pinterest.com/chrismpaton/.
Posted by Chris Paton at 14:43