I've just received a slightly belated press release about the Hebrides People website (www.hebridespeople.com) launch earlier this year, but it will certainly be of interest to those seeking ancestral connections to the Western Isles:

It’s official! After a trial period of a few weeks, the new emigrant website www.hebridespeople.com was formally opened on Friday 20th June 2012 at Seallam! Visitor Centre in Northton, Isle of Harris, by George MacKenzie, Registrar General and Keeper of the Records of Scotland.

The information is drawn from the records gathered over fifty and more years by Bill Lawson, who is internationally known as the genealogist of the Outer Hebrides area. In addition to his comprehensive database of all island families, he has researched the census and other records in the main emigration areas, to identify families there of island origins.

For emigrants before the 1820s, the database information is often incomplete, reflecting the limitations of the source material at that period, but after 1820 it generally has information on spouse, parents, village of origin in the Outer Hebrides, destination overseas, date of emigration (often approximate) and on occasion the name of the emigration ship. There are also cases where it is known that families left the Outer Hebrides, but their destination is not currently known – though since new information is constantly becoming available, fuller details may be available in the next version of the database!

Although the database is primarily aimed at the overseas descendants seeking to find their family’s origin, it will also be helpful for UK researchers trying to find where emigrant relatives settled.

The website works on the system of purchasing and using credits, which is similar to that which will already be familiar to researchers on the scotlandspeople web-site. All income from the site goes to the maintenance of the resource and further development of the site, which it is hoped will eventually provide information on a quarter of a million persons from all over the Outer Hebrides! 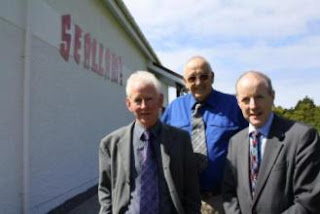 (With thanks to Chris and Bill Lawson)