I've had a chance to have more of a play with the new ScotlandsPeople site at www.scotlandspeople.gov.uk and remain impressed with the new version of the site, although there are a few gremlins that need to be sorted out. 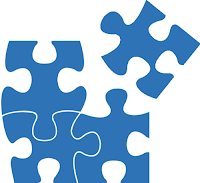 My initial concern when I saw some of the early design concepts last year was that the site might sacrifice the PC experience for the tablet experience, but in fact, I think they have found a happy compromise. There are seveal new features, some useful videos - and some new records, which is the key thing!

First up, the new records:

The biggest is of course the last, with over 150,000 records added from the following denominations:

(See http://britishgenes.blogspot.co.uk/p/kirk-history.html for a quick history as to how they all came about!)

Whilst a detailed list of actual churches and parishes featured from all denominations (including Church of Scotland and Roman Catholic) is availableon the site at https://www.scotlandspeople.gov.uk/guides/church-registers#Parishes, there is no list of the year range for the nonconformist entries at present - only the general catalogue number for all of the records as noted by the National Records of Scotland. Some searches are also not returning results for records that I know to exist - for example, none of the baptismal entries for my Paton family are showing up in the Blackford Free Church records in the late 1860s and 1870s. So teething troubles would seem to be at play. Not all nonconformist records have been added yet - and most of those that are there are baptism registers for now. Kirk session records will be added in due course with a subscription option, rather than a credits option. For more on some early gremlins visit Fergus Smith's blog post at http://www.oldscottish.com/blog/september-29th-2016. 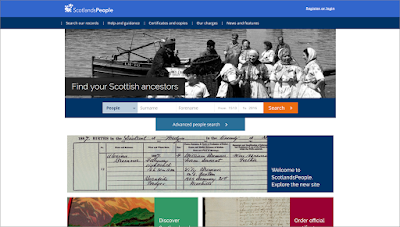 One thing that does seem to have gone completely in the new site, unless I have missed it, is the ability to view search results by way of a map as opposed to a list. This feature in the previous version of the site was something that many of my overseas Pharos courses students have often commented on as being useful.

There are some nice touches - I have no problem with the price increase to £7.50, because the balance is that index searches are now completely free, as are views of the Register of Corrected Entries records, though these unfortunately still remain searchable as a follow up to an initial find in a birth, marriage or death record, and not as a database in their own right (which would allow a second bite at the pie if an original register image was for some reason misindexed, which has happened to me in the past). The 1881 LDS Scottish census transcription is also now free to view (as are its English and Welsh equivalents on FamilySearch).

The help and support material I have read so far has been of a high standard, as you would expect from the NRS. So I remain very positive about the new site - let's just sort those teething issues out!

For details on my genealogy guide books, including A Beginner's Guide to British and Irish Genealogy, A Decade of Irish Centenaries: Researching Ireland 1912-1923, Discover Scottish Church Records (2nd edition), Discover Irish Land Records and Down and Out in Scotland: Researching Ancestral Crisis, please visit http://britishgenes.blogspot.co.uk/p/my-books.html.
Posted by Chris Paton at 16:05