For International Women's Day I'm going to go all ancestral and thank my Scottish great grandmother Jessie MacFarlane, from Inverness, for her bravery in the First World War.

Jessie survived throughout the four year long German occupation of Brussels as an enemy civilian. Her husband David Paton died whilst in hiding to avoid internment, her son John was interned a few months later when he turned of age; her other son, my grandfather Charles, was just a boy, and her daughter Annie was also with her (and her eldest son William was in Gallipoli serving with the RAMC). I have letters and documents showing how they barely made it from day to day with no financial support.

I've sadly never seen a photo of what Jessie looked like, and would dearly love to. So here are pics of her son Charles, taken in Brussels, her son John (seated) as an interned prisoner at Ruhleben, Germany, and her husband David, who died during the occupation. A sea of men - with a missing matriarch who tried to keep the family together when the chips were down, and suffered immensely in the process. 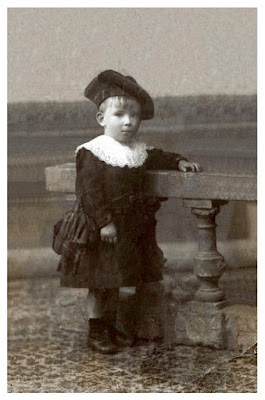 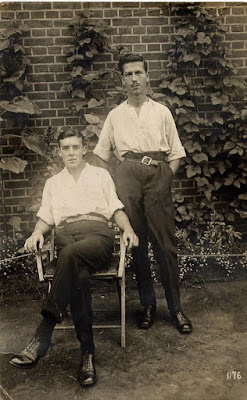 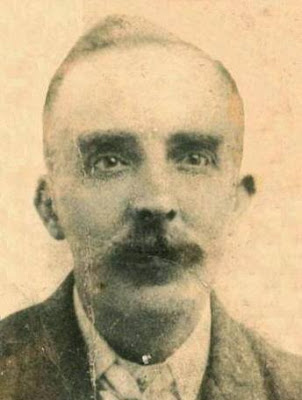 For my genealogy guide books, visit http://britishgenes.blogspot.co.uk/p/my-books.html, whilst details of my research service are at www.ScotlandsGreatestStory.co.uk. Further content is also published daily on The GENES Blog Facebook page at www.facebook.com/BritishGENES.
Posted by Chris Paton at 08:18

Email ThisBlogThis!Share to TwitterShare to FacebookShare to Pinterest
Labels: anniversary