TheGenealogist has just released a great new resource for family historians wanting to find ancestors who had officially changed their forename or surname in Britain. The Change of Names Database covers information gathered from a number of sources including Private Acts of Parliament; Royal Licences published in the London and Dublin Gazettes; notices of changes of name published in The Times after 1861 with a few notices from other newspapers; registers of the Lord Lyon [King of Arms] where Scottish changes of name were commonly recorded; records in the office of the Ulster King at Arms and also some private information.

Use this database to:

* Discover ancestors that recorded a change of name

* Find what name had been adopted and the name discarded

This is available to Diamond Subscribers and can be found under Miscellaneous Records.

The second release this month is to coincide with the return of The Family History Show, York to the racecourse on Saturday 23rd June. TheGenealogist has now added the Colour Tithe Maps for the North Riding and the East Riding of Yorkshire. Complimenting the already released schedule books and greyscale maps, these colour maps add an attractive visual aid to find where your ancestor lived in the mid 1800s. 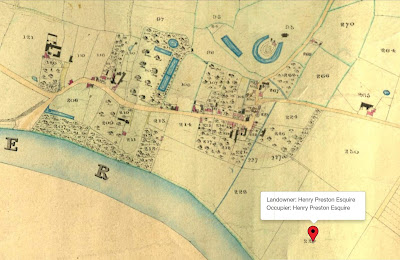 * See where your forebears lived, farmed or perhaps occupied a small cottage or a massive estate.

To search these and a huge assortment of other genealogical records see more at: https://www.thegenealogist.co.uk

Read our article on the fascinating Change of Name Database at: https://www.thegenealogist.co.uk/featuredarticles/2018/change-of-name-database-discovers-ancestors-who-adopted-different-surnames-846/

For my genealogy guide books, visit http://britishgenes.blogspot.co.uk/p/my-books.html, whilst details of my research service are at www.ScotlandsGreatestStory.co.uk. Further content is also published daily on The GENES Blog Facebook page at www.facebook.com/BritishGENES.
Posted by Chris Paton at 19:31