Window on the past: experiences of an extraordinary family

The significant role in the two World Wars of a prominent French family who made the Welsh capital their home is being celebrated at Cardiff University. 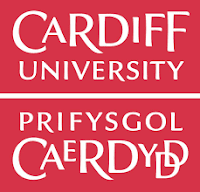 Paul Barbier became the University’s first Professor of French after coming to the city to take up the post of lecturer at the newly founded University College of South Wales and Monmouthshire in 1883. The family’s continuing strong links to Cardiff have recently led to relatives donating a wealth of diaries, letters and photographs to the Special Collections and Archives at Cardiff University.

Paul Barbier’s eight children were all educated in the city, and two of his sons, Paul and Georges, were called up to join the French army during the First World War, and were seconded as interpreters to the British Expeditionary Forces.

During the Second World War, their nephew, Jacques De Guélis, played a crucial role as a spy in the secretive Special Operations Executive (SOE) due to his Franco-British background. His fluent French allowed him to go behind enemy lines unnoticed no less than three times and he was hailed a hero for his efforts. Following a car crash shortly after the war ended, he was buried at Cathays Cemetery in Cardiff.

Relatives Delphine Isaaman, Paul Barbier and other family members will attend a special event to launch the archive on Wednesday June 6, the 74th anniversary of D-Day. There will also be a blue plaque unveiled at 3 Museum Place, the house on the University campus where Jacques De Guélis was born on 6th April 1907.

Mrs Isaaman, a cousin of De Guélis, said: “I’m absolutely delighted that these documents will now be available to scholars and the wider public. There is an enormous amount of social history in the archive about the first 50 years of the twentieth century. It’s right that its new home is the Welsh capital, where we have such strong ties. ”

Professor Hanna Diamond, of the School of Modern Languages, an expert in French history, said: “This is a hugely significant collection, which will give the public, students and academics the chance to learn about a family with an incredible story. It also gives us an insight into what life was like for people in Cardiff during the late 19th Century and early 20th Century. It’s sure to become an invaluable resource and a fitting legacy for Paul Barbier and his descendants.”

Alan Vaughan Hughes, Head of Special Collections and Archives, said: “We are delighted to offer this remarkable archive a safe home for the people and students of Cardiff. The richness of the archive offers a magnificent insight into Cardiff’s rich cultural and civic heritage and we are excited to be making it available to the public as well as academics and students.”

(With thanks to Victoria Dando)

For my genealogy guide books, visit http://britishgenes.blogspot.co.uk/p/my-books.html, whilst details of my research service are at www.ScotlandsGreatestStory.co.uk. Further content is also published daily on The GENES Blog Facebook page at www.facebook.com/BritishGENES.
Posted by Chris Paton at 22:58