From the Public Record Office of Northern Ireland (www.proni.gov.uk):

PRONI would like to invite you to a special book launch relating to the Plantation of Ulster. 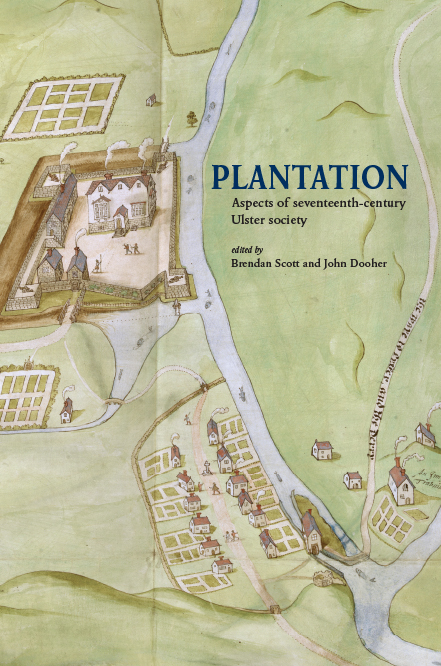 Plantation: Aspects of seventeenth-century Ulster, edited by Brendan Scott and John Dooher, is a new publication from the Ulster Historical Foundation. This collection of essays explores a number of themes relating to the Plantation, described by the editors as “an episode of critical importance in the history of Ireland, the legacy of which is still apparent today.”

The essays investigate a wonderful array of historical discoveries unearthed through recent research; from wider appreciation of the Gaelic Irish’s experiences, to the 1622 royal visitation of the Church of Ireland. The essays were penned by some of the finest historians on the Plantation, including Prof. Raymond Gillespie and Dr. William Roulston; and collectively intend to “challenge some preconceived notions and offer fresh thinking on aspects of this period.”

To mark the launch of this book, PRONI will host a lunchtime talk by Dr. Brendan Scott, one of the book’s editors and contributors. Dr. Scott will discuss common understanding of the Plantation's historical consequences, to demonstrate how this new publication will enhance awareness of an event which changed Ulster and Ireland forever.

Dr. Scott was educated at NUI Galway and has published and lectured extensively on the religion, culture and society of sixteenth and seventeenth century Ireland.

NB: the book is available from the UHF at www.booksireland.org.uk/store/all-departments/plantation-aspects-seventeenth-century-ulster-society, priced at £9.99.

COMMENT: I've previously purchased this book and have to say that I am thoroughly enjoying the essays contained within it. The Plantations was a period in Irish history of which I was previously not that interested - perhaps oddly for an Ulster born Protestant - but this was for the reasons that connecting to it seemed such an unattainable goal, and the fact that as an event of Irish history it has always seemed to attract such a lot of political baggage. I was also very conscious of the fact that the Plantations were only a part of that story, as many Scottish Presbyterian (and other) lines did not in fact become established in Ulster until well after this period, some in the 1700s and even later. 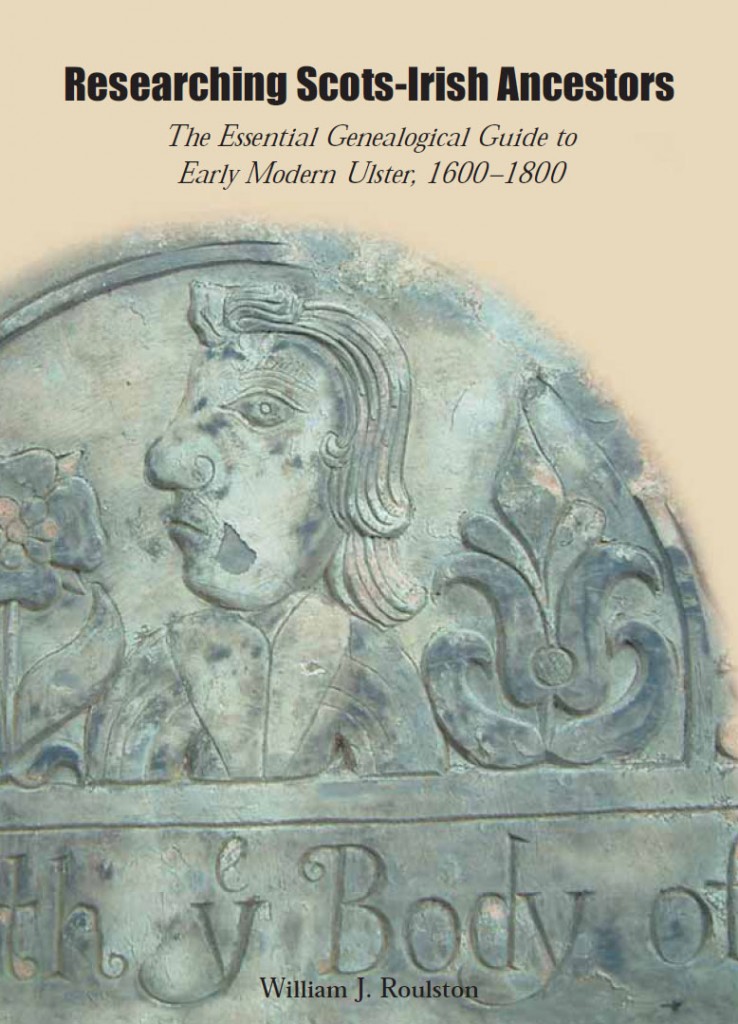 However, over the last year or so the Irish end of my tree has been utterly transformed, thanks to both new resources appearing online and several trips made over to Belfast to visit PRONI to carry out research. I now have several lines traced back to the 1700s, and that unattainable goal is increasingly seeming like something that I may have just a bit of a chance in reaching. As such, another book that I am finding immensely useful just now is William Roulston's Researching Scots-Irish Ancestors: The Essential Genealogical Guide to early Modern Ulster, 1600-1800. For example, amongst the lists of resources he quotes is a published tenants list from Islandmagee which appeared in the Belfast Newsletter in the late 18th century, and having consulted that I can find no mention of my Montgomery lines there at all (they held farmland there throughout the 19th century). This now has me asking some interesting new questions about their story on the County Antrim located peninsula, with new records to target in estate papers collections. William's book can also be purchased from the Ulster Historical Foundation also, through its bookshop at www.booksireland.org.uk/store/all-departments/researching-scots-irish-ancestors-the-essential-genealogical-guide-to-early-modern-ulster,  and for just £11.99 (there's an ebook edition available for £4.99). NB: William has also contributed an essay on the archaeological make-up of an Ulster manor in the above Plantations book.

(With thanks to Garth Stewart at PRONI)

Time to find your inner Irish...! All the best online Irish genealogy resources can be found through my book Tracing Your Irish Family History on the Internet - in print and ebook formats. "Very useful, makes me wish I was Irish!" - Saint Patrick, patron saint.
Posted by Chris Paton at 13:24