Wow - a huge thanks to all you Irish researchers...!

After a long day up to Edinburgh and back to do some client research, I found an envelope awaiting me on my desk when I got into my house. It turned out to be the latest royalty cheque from one of my publishers, Pen and Sword - and I very nearly fainted when I opened it! 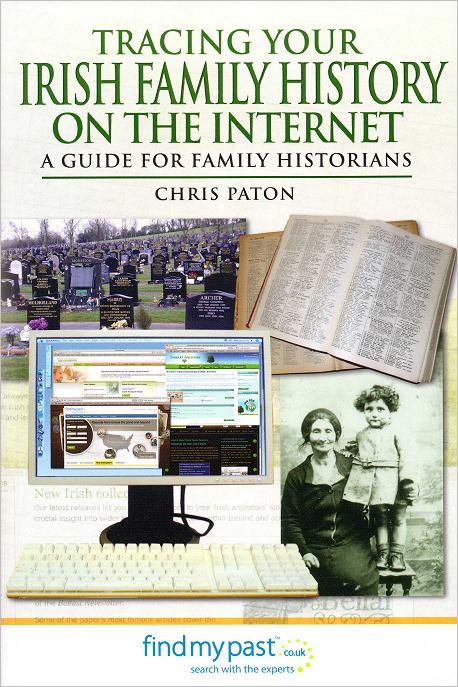 It transpires that within a six month period, from June to December, over 1400 copies of my Tracing Your Irish Family History on the Internet were purchased, both in paperback and ebook editions. Taking into consideration that there were sales leading up to June, and since December (including Saint Paddy's Day), I think it's safe to assume that's a couple of thousand copies sold so far, which by far makes that the fastest selling book I've ever written. So a HUGE thanks to all of you who have purchased a copy so far, and I sincerely hope it has helped with your research to date.

The online Irish genealogy scene is transforming by the day, with many new datasets coming onto the internet, the most important of which this year has to be the new website from GRONI in Belfast (https://geni.nidirect.gov.uk), offering access to civil records births, marriages and deaths for Northern Ireland at just £2 a record. If you have recently just got the bug because of the new site, trust me, there is a WORLD of additional material awaiting ye online, both for the north and the south of Ireland - a world I have specifically sought to define in the book, along with a lot of context about the records, a wee bit of craic, and a few pretty pictures along the way!

So if you have just got the bug - why not take a look at the Pen and Sword website at http://pen-and-sword.co.uk/Tracing-Your-Irish-History-on-the-Internet/p/3889/ to see a preview of the book, which can be purchased in paperback, Kindle and ePub formats.

And if, like me, your connections are a mix of Norn Ironish with a hefty dose of mainland Britain thrown in there for good measure, the newly released second edition of Tracing Your Family History on the Internet is also now on sale. It's shares some of the content of the first edition, but has way more sites and pages, and err... an extra inch in height. Because books should be BIG! lol England, Scotland, Wales, Northern Ireland, Channel Islands, Isle of Man, even Gibraltar and the Falklands are featured, and loads of overseas countries where relatives may once have emigrated. It's available via http://www.pen-and-sword.co.uk/Tracing-Your-Family-History-on-the-Internet/p/6050/.

Oh, and on the Irish front - something wicked this way comes from yours truly... but more on that in due course!!! :)

Time to find your inner Irish...! All the best online Irish genealogy resources can be found through my book Tracing Your Irish Family History on the Internet - in print and ebook formats. "Very useful, makes me wish I was Irish!" - Saint Patrick, patron saint.
Posted by Chris Paton at 19:46