I've just returned from the new Battle of Bannockburn Centre in Bannockburn (http://battleofbannockburn.com), where I had the great pleasure to attend the formal launch of a new exhibition there which looks at the family histories of seventeen people who fought at the battle itself on June 24th 1314. The research has been carried out by students on the University of Strathclyde's Postgraduate Diploma in Genealogical Studies (www.strath.ac.uk/genealogy), led by Tahitia McCabe, with fellow tutors Graham Holton, Andy Douglas and Ali MacDonald helping to steer the whole effort over the last year. Tahitia, Graham and Ali described the remit and extent of the project, before we heard from Stewart Stevenson MSP, former minister with the Scottish Parliament and a keen (very keen!) genealogist himself. Sponsors of the project included DNA testing company Family Tree DNA, and genealogy firm MacDonald and Rees. 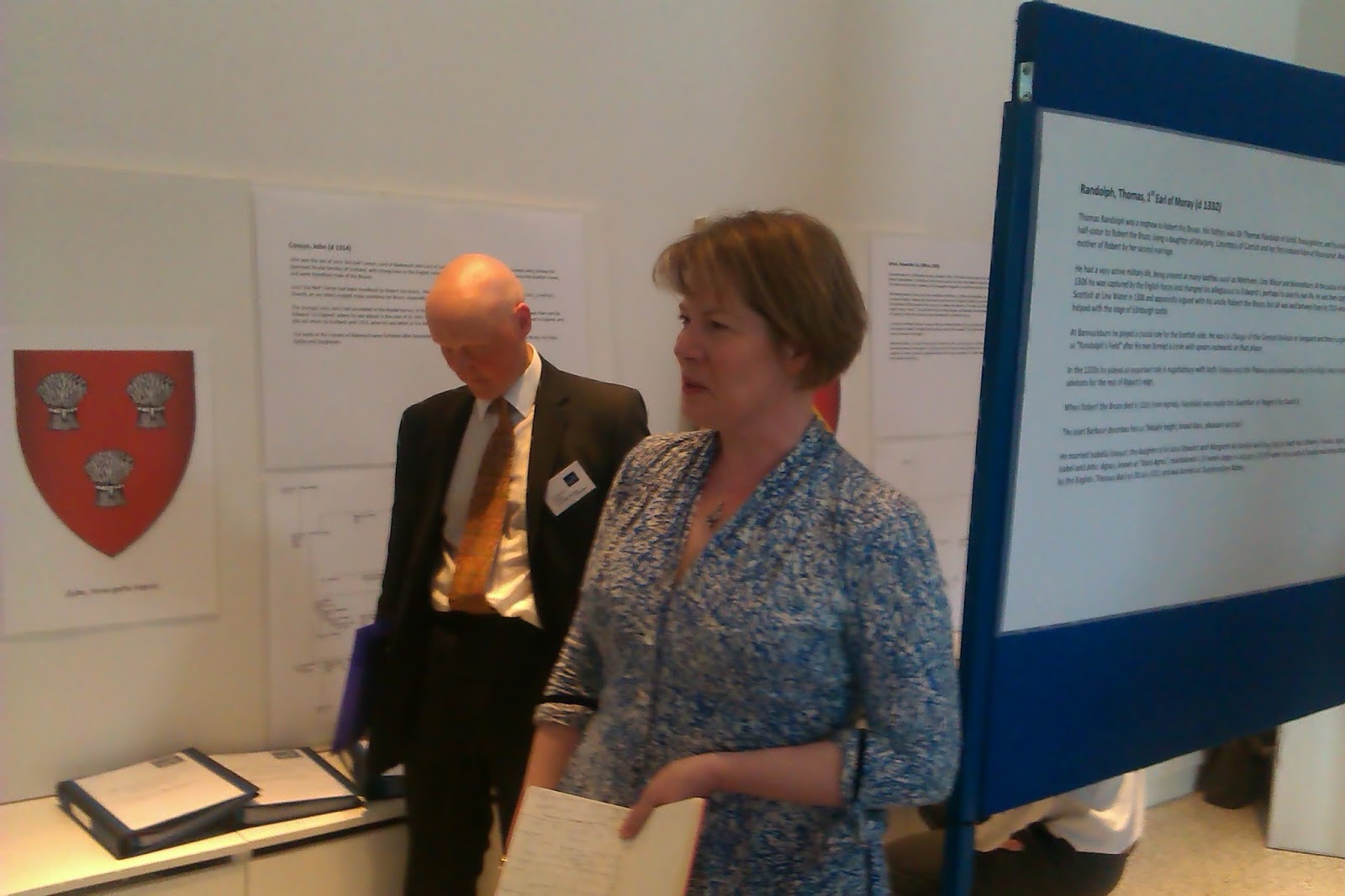 As part of the project the team was keen to integrate the latest science and developments in the field of genetic genealogy - in particular the growing area of deep ancestry and the use of SNP markers (Single Nucleotide Polymorphisms) as opposed to the more traditional Y-DNA techniques using STR markers (Short Tandem Repeats). In the past, testers (all male) have compared their STR results from their Y-chromosomes to see how closely related they may be to each other, but the use of SNP (pronounced 'snip') markers allows the whole of humanity to be codified into different family branches. As more markers are identified by the boffins in white coats, the more family branches can be established, so that those with a single surname, e.g. a clan surname, may in fact belong to one of many family branches - you may be a Stewart, for example but a certain SNP marker may reveal you to be related to the Stewarts of Appin, as opposed to the Stewarts of Balquhidder, or Bute, etc.

Two gentlemen were officially announced at the event as having proven connections to those who fought at Bannockburn, on the Scottish side (they did also try to find English equivalents!). Both descend from Walter Stewart (born 1296), 6th High Steward of Scotland, who fought with the Bruce, and whose son with the Bruces daughter Marjorie became King Robert II. These are Arthur Stuart, 8th Earl Castle Stewart, and Paul John Thompson, and although they were not able to attend, they did send specially pre-recorded messages discussing their delight at being involved. The paper trail led the university to Earl Castle Stewart, whom they asked to participate in a DNA test, whilst London stockbroker Paul John Thompson was somebody who had himself tested, and whose genetic signature was one uncovered from the DNA database as one of potential interest. Neither had any knowledge whatsoever of their connection to the battle beforehand - both have a common ancestral Stewart line until about 500 years ago, before their lines diverged. 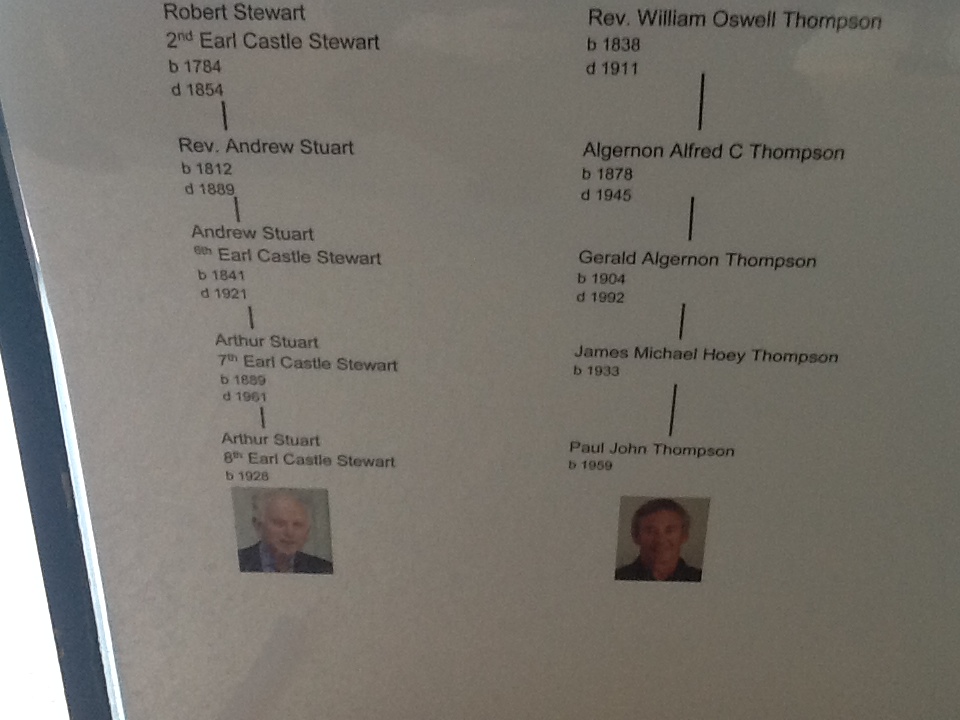 As Ali's a good friend, I asked him to talk a bit about the project. He mentions how this growing area with the use of SNPs in fact ruled out one candidate as having been descended from someone at the battle - he had a SNP marker which  was found in a branch of the Stewart family that wasn't there, despite him being a promising candidate initially. It's all fascinating stuff, but here's the man himself...!

(Also accessible via https://soundcloud.com/chrismpaton/2014-06-21-ali-macdonald-on-the-univ-strathclydes-bannockburn-project - UPDATE: Ali's dropped me a note to correct a minor error - at 4.30 he says Clanranald was descended from John, Lord of the Isles and Margaret Stewart; that should actually be descent from John and his first wife Ami MacRuairi)

Pictured below are tutors Ali MacDonald, Graham Holton, Tahitia McCabe and Stewart Stevenson MSP, and some of the postgraduate diploma students who helped to steer the work. 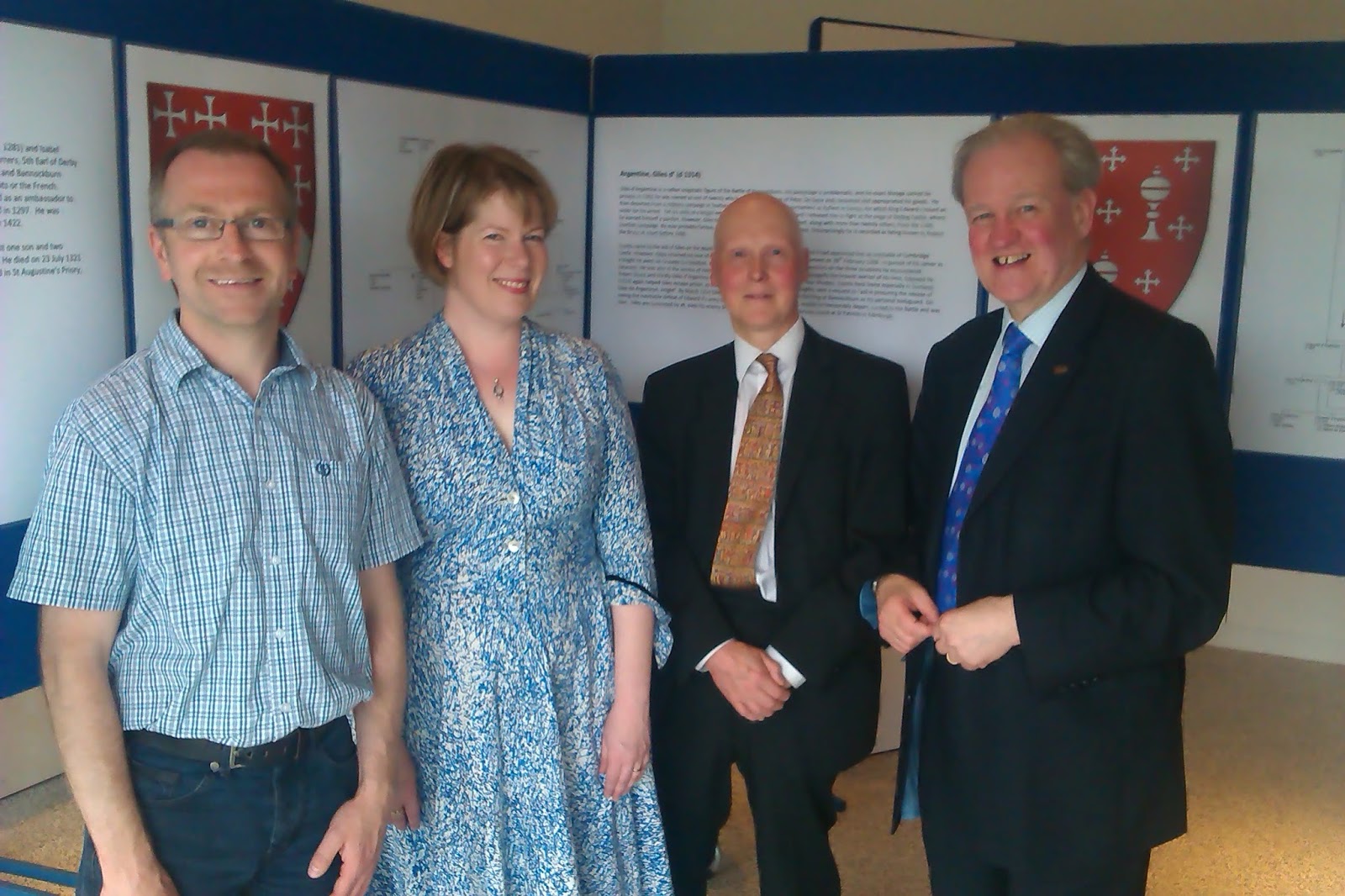 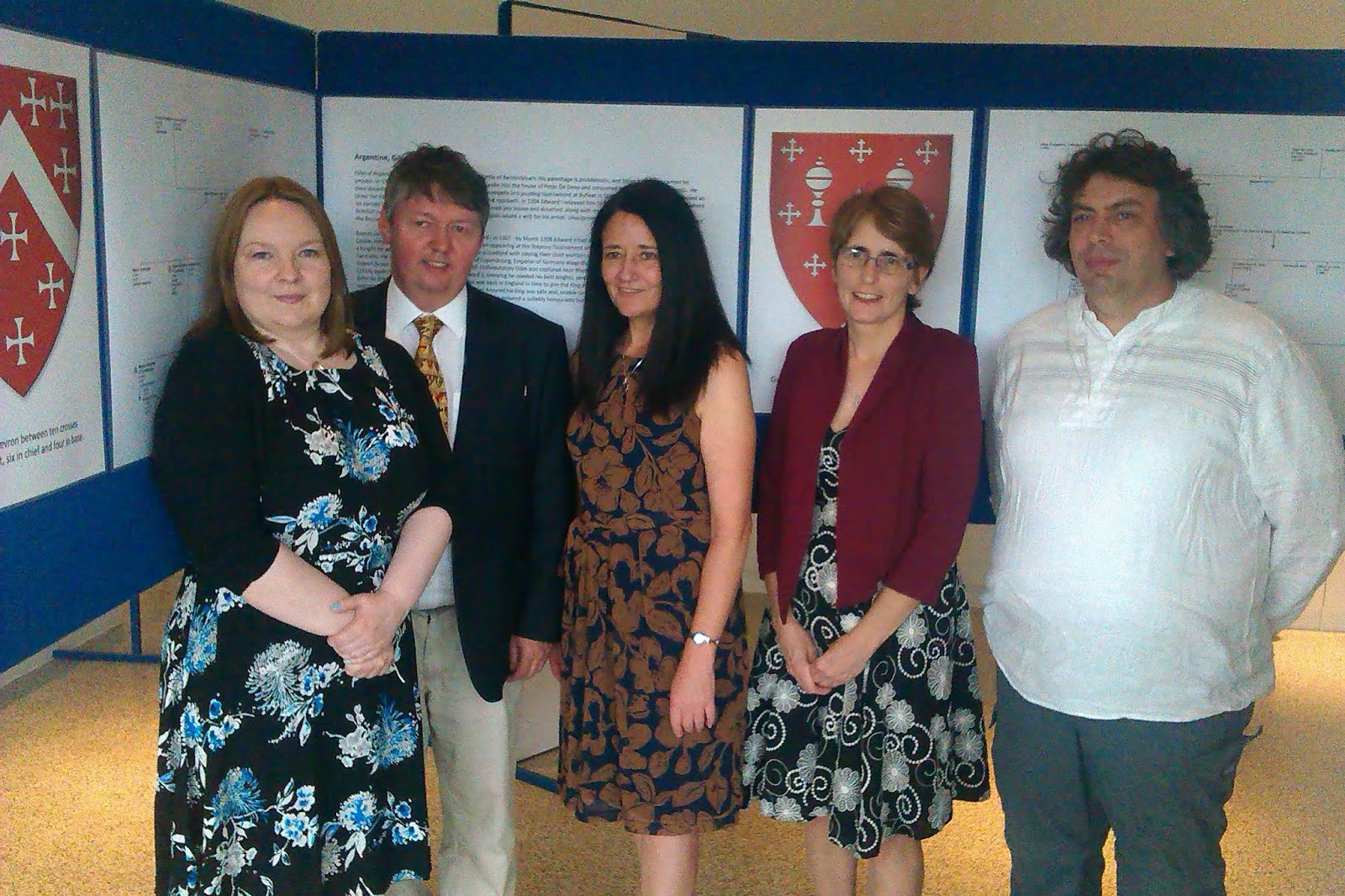 Congratulations to all - the exhibition will run for six weeks, and Tahitia has informed me that there will be an online presentation of aspects of the research in due course, for those who may not be able to make it.

If you are interested in the postgraduate courses, check out the website for information on fees, enrolment deadlines, and curriculum.

(With thanks to the tutorial team, and especially to Ali for the short interview)

UPDATE: An article on the project appeared in The Times on Thursday June 19th, p.6, entitled DNA research project reveals the living descendants of Bannockburn's warriors. It's at http://www.thetimes.co.uk/tto/news/uk/scotland/article4123642.ece, though bear in mind that The Times now operates behind a paywall.

UPDATE: Visit Scotland also now has a piece on the exhibition at http://www.visitscotland.org/media_centre/dna_battle_lines_drawn.aspx

Now available for UK research is the new second edition of the best selling Tracing Your Family History on the Internet: A Guide for Family Historians, whilst my new book British and Irish Newspapers is also now out. And FindmyPast - please reinstate the original Scottish census citations on your new site.
Posted by Chris Paton at 20:57