WDYTYA Live to move to Birmingham in April 2015

The next English based Who Do You Think You Are Live (www.whodoyouthinkyouarelive.com) event has now been officially confirmed as moving to the Birmingham NEC next year, and to a new date slot - Thursday 16th April to Saturday 18th April.

The move from London was precipitated by the closure of the Earl's Court exhibition facility near Kensington Olympia, placing additional pressures on the Olympia venue, home to the show since it first started. The change to April in fact brings the show back to its more traditional exhibition period from its earlier years, when it was previously held in April - though as with last year, next year's event will again be a Thursday to Saturday affair, rather than Friday to Sunday one.

From a personal point of view, here in the west of Scotland, it's six of one or half a dozen of the other as to whether it is in London or Birmingham, but from an English point of view I can see this getting a potentially good reception for those in the south east and the north of the country - and hopefully not being in London means the accommodation should be a tad cheaper.

The announcement is at http://www.whodoyouthinkyouarelive.com/news/new-venue-2015 and includes details of a Virgin Trains 25% early booking discount. 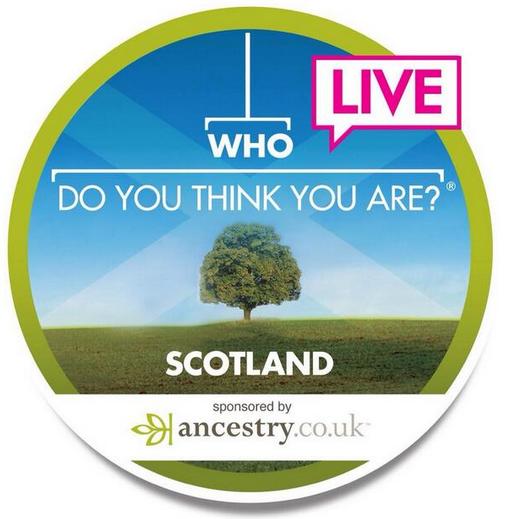 In the meantime, something much more important is on the cards - Who Do You Think You Are Live Glasgow! For details on this event, happening from August 29th-31st 2014, visit the main site at www.whodoyouthinkyouarelive.com. Hopefully see you there!

Now available for UK research is the new second edition of the best selling Tracing Your Family History on the Internet: A Guide for Family Historians, whilst my new book British and Irish Newspapers is also now out. And FindmyPast - please reinstate the original Scottish census citations on your new site.
Posted by Chris Paton at 10:43