The UK's Advertising Standards Authority has upheld two complaints made against FindmyPast (www.findmypast.co.uk) concerning advertising of its 1939 National Identity Register collection for England and Wales.

The complainant challenged two of the company's claims on the following basis: 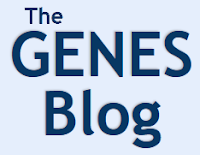 2. "Every member of a household", because they understood that the register did not include serving members of the armed forces or people born within the last 100 years.


The following were the findings:

The ASA considered that consumers would understand the “most comprehensive” claims to mean that the 1939 Register contained more data than any other comparable record sets, and in particular that, compared to such record sets, there were more records available and/or more information available within each record. We considered consumers were likely to understand the “most comprehensive” claims to relate to the actual data pertaining to each individual, and/or the totality of such data, rather than as relating to items such as the maps, news articles and photographs to which Findmypast referred, or the rigour with which it was carried out.

For those reasons, we did not consider that Findmypast had substantiated the claims that the 1939 Register was the most comprehensive record set ever released, and therefore concluded that they were misleading.

We considered that the claim "Every member of a household" was likely to be interpreted by consumers to mean that no members would be missing from data relating to particular households. However, we understood that there were exceptions, such as members of the armed forces, and those born less than 100 years ago (unless proof of death was verified). We considered that including that information elsewhere on the website was not sufficient to remove the impression that data on all household members would be included, and that, in any case, that information contradicted the claim. We concluded that the claim was misleading.


The ASA has decreed the following to FindmyPast:

The ad must not appear again in its current form. We told Findmypast Ltd not to claim that records were the most comprehensive, unless they held evidence to substantiate the claim, or that they included every member of a household if that was not the case.
The full case is outlined at https://www.asa.org.uk/Rulings/Adjudications/2016/6/Findmypast-Ltd/SHP_ADJ_341392.aspx#.V2VPgzUXSDP


UPDATE: Apparently this is the fourth time FindmyPast has fallen fould of the Advertising Standards Authority - see http://www.oneplacestudy.org/blog/?p=944


(With thanks to Margaret Hirst for the link)

For details on my genealogy guide books, including A Decade of Irish Centenaries: Researching Ireland 1912-1923, Discover Scottish Church Records (2nd edition), Discover Irish Land Records and Down and Out in Scotland: Researching Ancestral Crisis, please visit http://britishgenes.blogspot.co.uk/p/my-books.html.
Posted by Chris Paton at 16:43