The Treaty of Perth commemorated 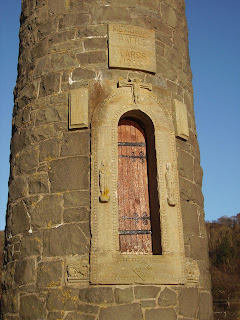 On Thursday June 9th the Scottish Parliament held a half hour debate on the 750th anniversary of the Treaty of Perth, signed on 02 July 1266.

The Treaty of Perth was signed in the aftermath of the indecisive Scottish engagement with Norway at the Battle of Largs three years earlier in 1263, and formally noted Norway's recognition of the sovereignty of Scotland over the Hebrides and the Isle of Man, whilst Scotland recognised Norway's rights over Orkney and Shetland (there were a few further changes in subsequent years!). In terms of international significance, it's up there with the 1237 Treaty of York in terms of helping to define the modern borders of Scotland.

To view the debate, visit https://youtu.be/yPY99U7IU_I or see below - my local MSP Kenneth Gibson makes a contribution about the impact of the battle in Largs and its legacy today, at 7 mins 47 seconds in (we have an annual Viking Festival to celebrate the connection to the battle, and a much loved monument in place in the town which is colloquially called 'the Pencil' - see right), whilst our Minister for International Development and Europe, Dr Alasdair Allan, makes an impressive contribution in the Norwegian language from 26 minutes in, and discusses the impact it had on the Western Isles and their relationship with Scotland.

(With thanks to Kenny Gibson)

For details on my genealogy guide books, including A Decade of Irish Centenaries: Researching Ireland 1912-1923, Discover Scottish Church Records (2nd edition), Discover Irish Land Records and Down and Out in Scotland: Researching Ancestral Crisis, please visit http://britishgenes.blogspot.co.uk/p/my-books.html.
Posted by Chris Paton at 01:33