Find my Past TV series recommissioned

The Find my Past TV series, produced by independent company Lion Television for the Yesterday channel, and sponsored by Dundee based Brightsolid, has been recommissioned for a second series. A further ten x sixty minute length episodes have been commissioned for transmission in the last quarter of 2012 and first quarter of 2013.

The full announcement is available at http://uktv.co.uk/network/item/aid/652511. 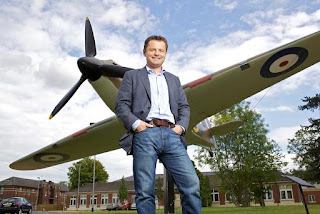 Email ThisBlogThis!Share to TwitterShare to FacebookShare to Pinterest
Labels: Brightsolid, Find My Past (TV), media, Yesterday