Last weekend I visited Inverness for a bank holiday break, and as a part of that my family and I visited Fort George. My great gran's brother, Regimental Sergeant Major and bandmaster Charles Mackintosh MacFarlane, was a member of both the Cameron and Seaforth Highlanders, and as such I was really hoping to get to see the museum there, only to have completely forgotten that it was actually closed for renovation.

The following press release has just been issued by Historic Scotland, concerning a funding boost now for the museum:

Historic Scotland has awarded a grant of £130,000 to the Highlanders’ Museum at Fort George. This will go towards their appeal to raise £2.9 million to create a Highland Military Heritage Centre.

Fiona Hyslop, Cabinet Secretary for Culture and External Affairs said: “I am delighted that we are able to give £130,000 towards the Highlanders’ Museum Development Project.

“Our Scottish history and heritage is an invaluable resource not only for Scots but also for visitors from around the world. The Highlanders’ Museum will give people the opportunity to learn about the moving story of the Highlands as it has developed over the past 300 years.

“It will also highlight the hugely important role of our regiments, both past and present.”

The Highlanders’ Museum houses the regimental collections of the Seaforths, Camerons, Lovat Scouts, Queen’s Own Highlanders and now The Highlanders. It traces the story of the Highland warrior from the time of Culloden to the present day .The Development Project will upgrade conservation and interpretation, education and retail, and access.

Major General Seymour Monro, Chairman of the Highlanders’ Museum and Appeal, said: “We are thrilled to receive this most substantial donation from Historic Scotland. Although we still have £150,000 to raise, this donation allows us to start the Project next week.

“We are working closely with Historic Scotland, our partners at Fort George. We want to ensure that everyone has a memorable experience when they visit what will become a really superb Highland military heritage centre.” 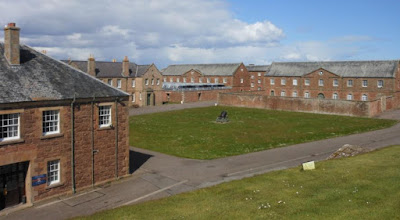 A return trip will be in order at some point hopefully soon!