The BBC is carrying yet another story about the descendants of attainted Jacobite nobles wanting Her Maj to clear their family names, with the story at www.bbc.co.uk/news/uk-scotland-highlands-islands-18094251.

Last weekend on a trip to Inverness (that's the second post I've mentioned this today!), I visited Culloden, and in doing some research in the local area into my MacGillivray line realised that my family were right at the heart of the territory inhabited by the clans that fought in the battle and suffered so grievously after. I know also that one family line in Perth had definite Jacobite sympathies, but don't know if they were involved in the Forty Five rebellion, and may never do. I'm no lover of the so-called nobility though, so here's my thoughts on the matter.

If the Jacobite nobles had won, supporting the idiocy of Bonnie Prince Charlie, would it have benefited the ordinary clansmen in the Highlands? It would certainly have spared them the brutal and sub-human retribution and humiliation put upon the ordinary man and woman of the Highlands by soldiers acting on behalf of the Hanoverian regime in the aftermath. But I suspect the real achievement would have been to simply replace one unelected holder of office with another, the House of Hanover with the House of Stuart, with the humble clansman simply there to act as cannon fodder for the next foolhardy, Godforsaken imperial scheme.

Bonnie Prince Charlie used the Highlanders, he had as much interest in Scotland as I have in the sex life of an albino newt. The ordinary clansmen were rallied out of loyalty to their chiefs, and in some cases through conscription, but the majority were neither nobles nor monarchs, and through the results of the nobles' leadership the whole of Highland society suffered immensely, and has never yet recovered. Emigration and clearance, the destruction of Gaelic, there lies the legacy.

So to those descendants of the nobles so desperate to have their family names cleared, go for it. Then go to Culloden and see what your ancestors really achieved for the innocent God fearing man on the streets, in the glens and on the hills, under their leadership. The nobles gambled and lost their lands in the aftermath. A few even lost their lives. But never once think that a wee stain on your ancestral name nearly three hundred years ago matches anything like what was done to Scotland and those who looked up to their leaders in the aftermath.

Just my thoughts on the matter... 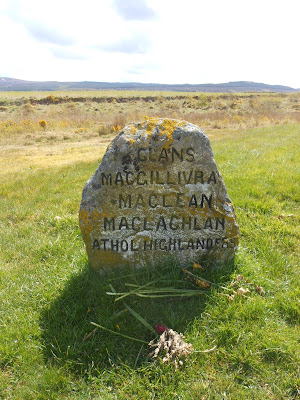 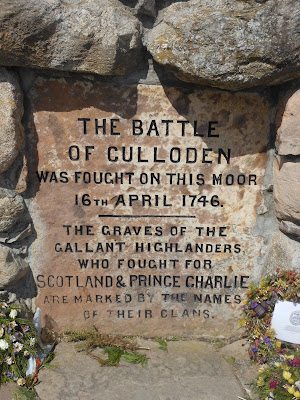