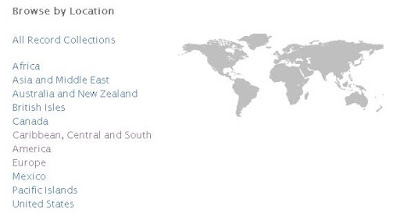 I can neither confirm nor deny that Nicolas Sarcozy is a Mormon, or that he is behind such a fiendish plot...! :)

Must admit though - makes it much easier to see the British and Irish records. But I'm worried about the laughter I can hear from Downing Street...


UPDATE: TNA's Audrey Collins takes a look at the new British Isles category in her Family Recorder blog at http://thefamilyrecorder.blogspot.com/2012/01/great-improvement-at-familysearch.html?spref=tw