From Tahitia McCabe at the University of Strathclyde's genealogy team: 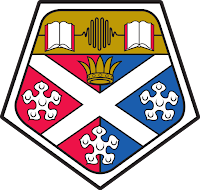 Just wanted to tell you about a new MOOC (massive open online course) which has been created by colleagues from the English Studies programme here at Strathclyde and the Railway Museum in York. It’s Working Lives on Britain's Railways: Railway History and Heritage and as you might suspect focuses on people working on the railways and their experiences. I think it will be of interest to genealogists! It’s free, offered through FutureLearn and starts at the end of September. Folks can sign up here https://www.futurelearn.com/courses/working-lives-on-the-railway.

And here's the formal description from the course site:

Discover Britain's industrial heritage and learn about the lives of British railway workers from 1840-1914.

On this course, you will investigate the professional lives of the men and women working on the British railways from the 1840s until the First World War.

Using archival materials from the National Railway Museum, you will learn about the mental and physical hardship endured by railway workers, as well as the risks and pleasures that came with working in this new industry.

From Irish Catholic navvies to female office clerks based in industrial cities, you will discover the surprising diversity and complexity of the railway workforce.


What topics will you cover?

You will learn about four categories of railway worker:

You will compare their differing experiences, investigate the physical and mental labour involved in their job and consider some of the following questions:

You will look at the ways in which railway workers represented their own work, using autobiographies and other primary historical materials.

You will also study how these professions were represented by those with no direct connection to railway labour.