One of the outcomes of the utter insanity that is the current Brexit process is the significant rise in the number of passport applications for EU countries by UK residents. In 2019, some 900,000 people in Northern Ireland and Britain applied for an Irish passport for the first time, as outlined in the Belfast Telegraph today at https://www.belfasttelegraph.co.uk/news/brexit/brexit-sees-record-900000-applying-for-irish-passport-38814356.html. 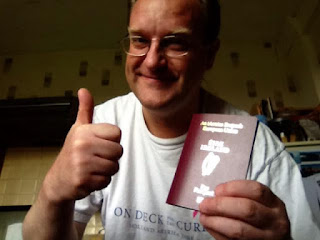 Indeed, yours truly spent many years prior to the Brexit vote dithering about whether to apply for an Irish passport myself, having spent an eternity struggling to define my identity as someone born in Northern Ireland during the Troubles. But when the MP Jo Cox was assassinated on June 16th 2016 by a right wing lunatic just prior to the Brexit vote (https://en.wikipedia.org/wiki/Murder_of_Jo_Cox), I concluded that Brexit was indeed sadly going to happen, and duly applied a week before the day of the vote for Irish passports for myself and my two sons, so that we could join my wife in holding one (she being from the Republic). Brexit was not the only factor in making such a decision, but it was the final push needed, and I now predominantly travel on my Irish passport, though retain a UK passport and dual nationality as an interim measure here in Scotland.

If born in Ireland prior to January 2005, or if the child of a parent born in Ireland, the process is relatively straightforward, with applicants already considered to be Irish citizens (whether from the north or the south). But be advised that if applying through a grandparent, you will need to register first in the Republic of Ireland's Register of Foreign Births - see https://www.dfa.ie/citizenship/born-abroad/registering-a-foreign-birth/. This is an expensive process (€278 if aged over 18), but something I also discovered on behalf of a friend just a couple of weeks ago is that the time that it takes to do so is now between nine months and a year. The Department of Foreign Affairs and Trade link above provides further details - just be forewarned! 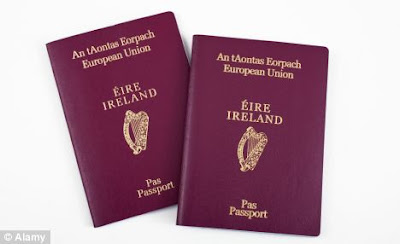 Order Tracing Your Irish Family History on the Internet (2nd ed) at https://www.pen-and-sword.co.uk/Tracing-Your-Irish-Family-History-on-the-Internet-Paperback/p/16483. and Tracing Your Scottish Ancestry Through Church and State Records at https://www.pen-and-sword.co.uk/Tracing-Your-Scottish-Ancestry-through-Church-and-State-Records-Paperback/p/16848. Further news published daily on The GENES Blog Facebook page, and on Twitter @genesblog.
Posted by Chris Paton at 15:05