Family History Down Under announced by Unlock the Past for 2021

From Unlock the Past (www.unlockthepast.com.au):

Unlock the Past is delighted to announce Family History Down Under (FHDU) to be held 22-26 March 2021 in one of Australia’s most exciting holiday destinations. This follows on from the highly successful DNA Down Under (August 2019), which attracted 1400 people in six cities across Australia, including 400 at the final three-day conference in Sydney.

The main conference will be over four days – Tuesday-Friday 23-26 March 2021. There will be three main tracks – DNA, British Isles and General/Methodology, plus a fourth track for sponsors and others. Other optional sessions will be offered, including workshops. There will also be a supporting exhibition. A pre-conference day on Monday 22 March 2021 is planned, including, amongst other things, tours to places of interest in the region.

This is a superb facility at one of Australia’s premier holiday destinations.

• A large state-of-the art conference centre (opened May 2019)
• Stay on-site at the 361 room, 4 star, Novotel Sunshine Coast Resort Hotel — or other nearby hotels
• 7 minute drive from the Sunshine Coast airport and 75 minutes from Brisbane Airport
• Close to numerous tourist attractions, including the world famous Australia Zoo and much more.

Plenty to do before/after or, for your non-genie spouse/partner, during the conference.

We are delighted to announce two of seven FHDU headline speakers. The other five will be announced soon!

We invite expressions of interest in speaking, exhibiting and sponsoring the event. 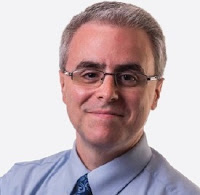 Blaine, the best known and most sought after genetic genealogy speaker will be a prominent contributor to the DNA track. He is the author of “The Family Tree Guide to DNA Testing and Genetic Genealogy” and a number of other books. 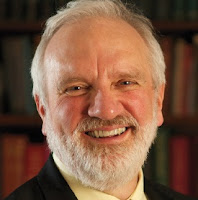 Paul is an internationally recognised speaker and author on British Isles research. He is the author of a number of books on English and Scottish genealogy with Unlock the Past and other publishers.

Paul has often spoken at events in Australia and on Unlock the Past genealogy cruises. He will be a key contributor to the British Isles track.

Visit www.familyhistorydownunder.com and join the mailing list to be first to learn of key developments. We invite expressions of interest in speaking, exhibiting and sponsoring the event.

Unlock the Past is the event and publishing division of Gould Genealogy & History (established 1976). It is a collaborative venture involving an international team of expert speakers, writers, organisations and commercial partners to promote history and genealogy through innovative major events, genealogy cruises and publications.

Order Tracing Your Irish Family History on the Internet (2nd ed) at https://www.pen-and-sword.co.uk/Tracing-Your-Irish-Family-History-on-the-Internet-Paperback/p/16483. and Tracing Your Scottish Ancestry Through Church and State Records at https://www.pen-and-sword.co.uk/Tracing-Your-Scottish-Ancestry-through-Church-and-State-Records-Paperback/p/16848. Further news published daily on The GENES Blog Facebook page, and on Twitter @genesblog.
Posted by Chris Paton at 09:55

Email ThisBlogThis!Share to TwitterShare to FacebookShare to Pinterest
Labels: Australia, conferences, FHDU, Unlock the Past