I always say that if you have a family story to tell, for God's sake tell it! This looks a good read:

Poignant story of one family’s love, loss and tragedy — set between the backstreets of Glasgow and the feral prairies of Canada - inspired by the author’s mother’s evocative private diaries. 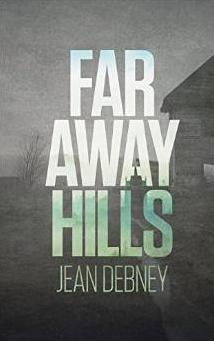 In the twilight years of the nineteenth century, Sal McBride has been separated from her pioneering husband for what feels like an eternity. The time has finally come for her to escape the poverty stricken tenements of Glasgow and join him in the vast wilderness of the Canadian prairies. Although she is unprepared for the tortuous physical and emotional journey, Sal is determined to remain strong for her two young children. On the brink of what will be her greatest adventure, Sal will come face to face with the ultimate cruelties of life as her quest exacts its harsh and thankless toll.

Based on the author’s own ancestral history, Far Away Hills traces the tumultuous journey of a young, fragile family struggling to make their way through an unforgiving world, to find a new home. At the heart of the story, is its narrator Margaret, based on Debney’s own late mother whose diaries were carefully noted on her faithful Underwood typewriter. Promising to one day tell her mother’s story, Debney embarked on a pilgrimage to Canada and then across it by train to the Saskatchewan prairies, to see for herself the limitless landscape of her mother’s memories. Debney was amazed by what she found there; the unbecoming beauty of somewhere often depicted as flat and monotonous, a sense of freedom and hope. Remarkably, her grandparents’ house was still standing, rooted in isolation, exactly as her mother had described it.

Beautiful but harrowing at times, Far Away Hills is Debney’s faithful tribute to her mother, with the character of Sal McBride, her grandmother, a true pioneer with great aspirations, determined to battle to the ends of the earth in order to reward her family with a better life. Debney artfully weaves the diaries together with her own historical research, revealing the challenges that led Sal to her eventual end in Saskatchewan Canada. Fans of North American literature will enjoy this enlightening story of pilgrimage and familial love, set against the vivid social and cultural history of Britain and Canada at the turn of the nineteenth century. 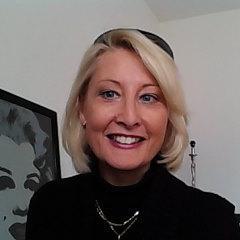 About the author: Born in Birmingham, Jean Debney graduated with a degree in Glass Design before embarking on a seventeen year career as a teacher of engineering. A keen historian and Doctor of Education, Debney has published a number of books each with history and women at their heart, including Breaking The Chains (2010) and Jewels of Our City (2013) which charted the history of Birmingham’s Cradely Heath district and the Jewellery Quarter respectively. Jean lives with her husband and two dogs in the South of France. Far Away Hills by Jean Debney (published by Clink Street Publishing RRP £8.99
paperback, RRP £4.99 ebook) is available online from 24th February 2015 from retailers including amazon.co.uk and can be ordered from all good bookstores.

(With thanks to Kate Appleton)

For details on my range of genealogy guide books please visit http://britishgenes.blogspot.co.uk/p/my-books.html. To commission me for genealogical research, please visit my research site at www.scotlandsgreateststory.co.uk.
Posted by Chris Paton at 13:10