Unlock the Past talks tour kicks off in Brisbane 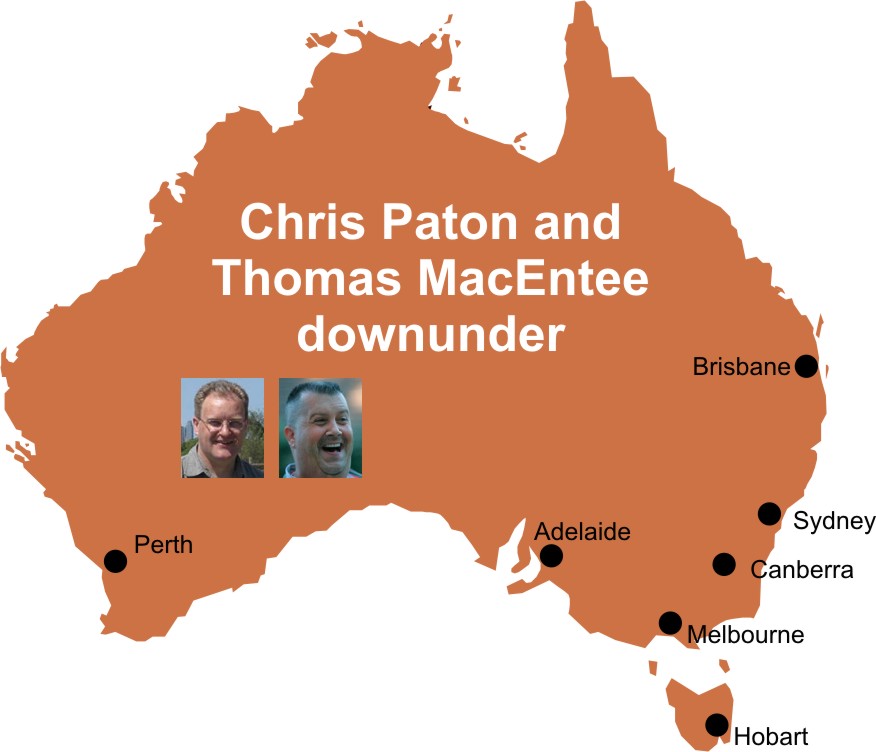 Today saw the first of a series of day long seminars across Australia run by Unlock the Past (www.unlockthepast.com.au) featuring myself and US based genie Thomas MacEntee as the principal speakers. The venue was the Broncos Leagues Club in Brisbane, a venue I had previously visited in 2010 on my first Unlock the Past venture - though this time the crowd was bigger, as was the size of the room in which we were being hosted. I managed to meet many of the great and the good, including several delegates I had previously got to know on the second Unlock the Past cruise in 2011 and from talks I had previously given in Oz.

It was a great opening day with several highlights. Although I got to Brisbane a few days ago (I spent a couple of days at a cousin's house), Thomas had only flown in from Chicago yesterday, and it was a miracle in this wee shug's eyes that he was awake at all after the length of his journey! I had breakfast with him in the morning before we kicked off, and it is amazing to see how different the US approach to the genealogical world is compared to that in the UK, particularly with regard to the activities of, and the set-up of, many of the societies, though it was interesting to note that there has apparently been something of a seismic shift in the last decade as to how things are done across the pond. I had only ever heard Thomas talk online before, and he's quite something else in the flesh, a real entertainer, and the audience loved it. His talks today were on building a research toolbox - i.e. how to have the right online tools to hand for your genealogical research, no matter where you are or on what device you are using - and a tour around some of the more unusual or lesser known web resources that might help you in a pickle. Rosemary Kopittke also gave demos on the use of the MyHeritage website and the FlipPal portablee scanner, and there were several additional contributions from the sponsors, as well as UTP heid yin Alan Phillips on forthcoming UTP cruises (www.unlockthepastcruises.com).

One of the best things about such talks tours is the people you get to meet in the audience however. A notable first for me today was Judy Webster, who runs the Genealogists for Families initiative, which seeks to provide micro-loans to those in need around the world for business start ups and ventures, and something which I have been contributing to on and off over the last two years, amongst many others on the genie scene. Judy revealed that the initiative is already approaching its first $100,000 in loans to good causes (at $25 a loan, that's nearly a staggering 4000 loans!). To find out more visit http://www.britishgenes.blogspot.co.uk/p/genealogists-for-families.html or via the Kiva links at the top of this blog page. 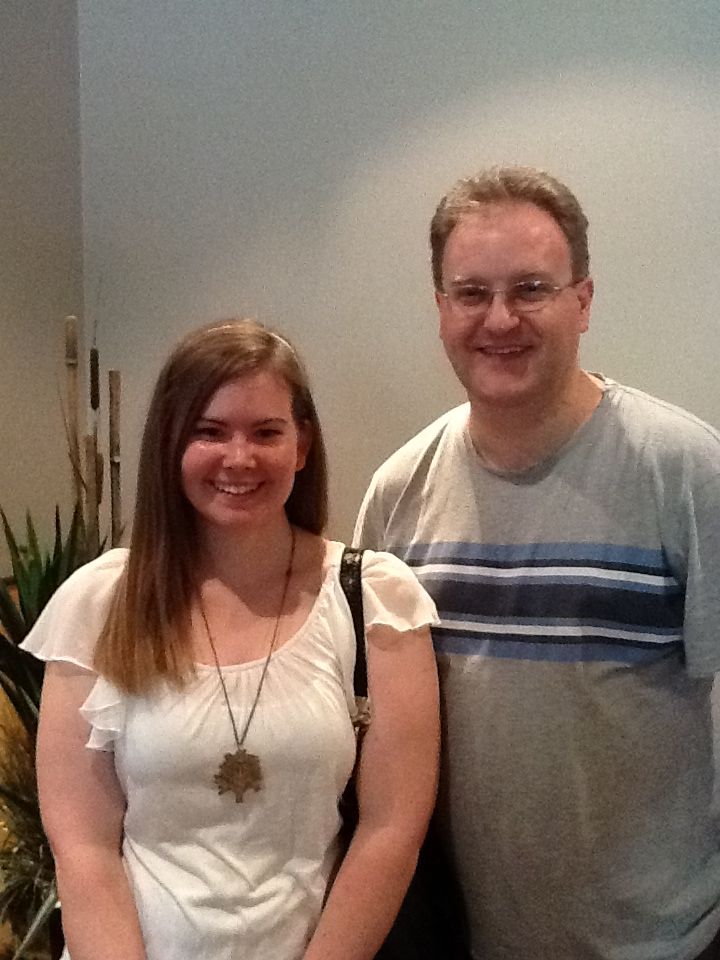 Another notable first was to meet Caitlin Gow, who seemed bemused at the interest in her from many of us! Caitie is just 22 years old, but an absolute genie addict who has taken to the social media world in the last few months in a storm of brilliance. Half Texan, half Oz, and with loads of Scottish ancestry, she is currently studying her last year in criminology and has a real forensic approach to her family history hobby. This was her first ever family history seminar, and going by her comments on social media throughout and after the event, it's fair to say that it was a hit, and we'll definitely see more of her in the months and years to come! Modern genealogy definitely needs more Caties, a wee dynamo and a great role model for the next generation of genies.

Caitie has various online social media offerings, with her Genealogically Speaking YouTube account at http://www.youtube.com/caterrrs, her Twitter feed at https://twitter.com/caitieamanda, her Pinterest page at http://www.pinterest.com/caterrrs/ and a shared collaboration blog, with Heather Collins, called Young and Savvy Genealogists, located at http://youngandsavvygenealogists.blogspot.com.au. Check them out, you'll be inspired. 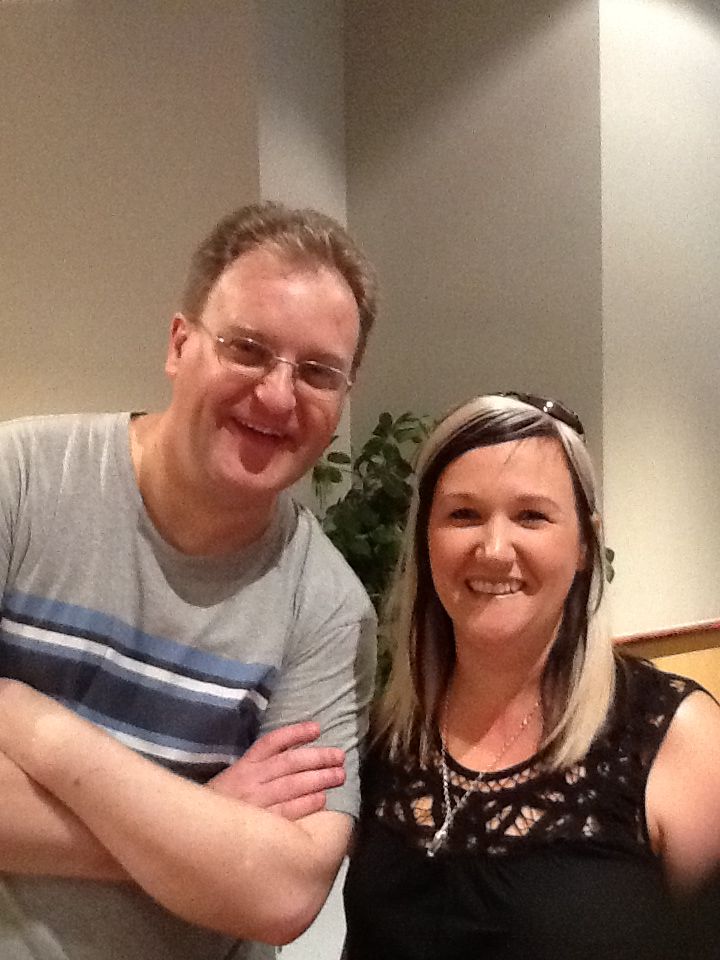 And finally - it wouldn't be a trip to Oz if I didn't meet a new cousin!!! My first talk of the day was on Irish Land Records, and during this I gave an example of how to trace property ownership using Griffiths Primary Valuation and the subsequent follow up searches in the Valuation Revision Books up to the 1930s, via the PRONI website in Belfast (www.proni.gov.uk). The token subject for the exercise was my great great grandfather Jackson Currie from Co. Londonderry. One audience member, Sonya Wood, nearly keeled over when I did that, as she is also related to a Jackson Currie from the same parish - possibly him or a cousin, something we're still working on trying to firm up! It seems that every time I travel down under I meet a new rellie, which is half the attraction of visiting Oz. It is a VERY small world!

Anyway, jet lag is happily at work, it is 4am here, and I have a flight in a few hours to Canberra, where we will next be speaking on Monday. For the full talks tour details, see http://www.unlockthepast.com.au/events/chris-paton-and-thomas-macentee-downunder - we're heading to Canberra, Melbourne, Adelaide, Hobart, Sydney and Perth over the next two weeks, not to mention the UTP cruise, so lots of fun still ahead! If you do attend the seminar sessions, my books will be on sale there, both those from Unlock the Past and from Pen and Sword. The UTP books will have a 10% discount, and if any of them sell out on the day (as happened today with one or two titles), UTP will post them to you freight free. Honestly, they are that nice...! Thomas also has several titles available for sale at the events, you'll find details of these, and many other offerings, via the main Unlock the Past website (see above). 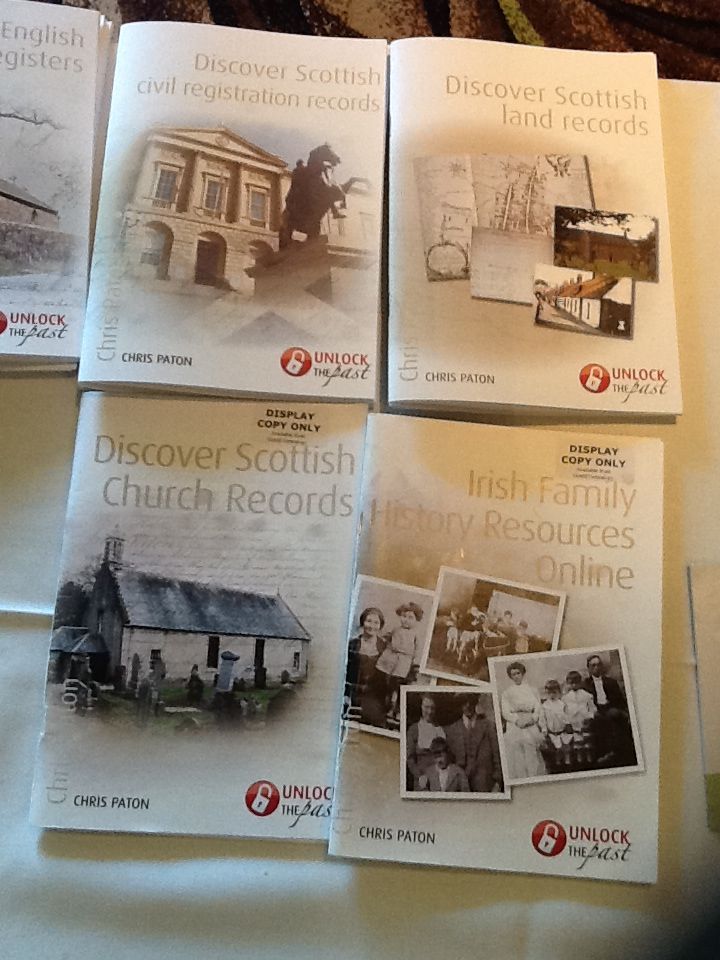 Email ThisBlogThis!Share to TwitterShare to FacebookShare to Pinterest
Labels: Australia, blogs, cruises, seminars, Unlock the Past