A bit of background first! A few of you may already know me as a writer for some of the UK's family history magazines, as a Scottish based family historian and tutor, and/or as a blogger on Scottish matters. Almost four years ago I commenced a regular blog in Scotland entitled Scottish Genealogy News and Events, to fulfil a gap in what I saw as the lack of regular news on genealogical developments in Scotland, as well as to keep me up to date with all the latest developments that might help me in my role as a genealogist in the country.

After three years, at the end of 2010 I asked readers of the blog how they would feel about it being expanded to include news from across the British Isles (see http://scottishancestry.blogspot.com/2010/12/new-from-scottish-genes-british-genes.html). The response was mixed! Many of those who commented on the blog did not want to lose the unique gap which Scottish GENES (as it was later renamed) fulfilled, whilst others, including several who contacted me privately, were only too happy for me to expand the coverage.

Whilst in the midst of writing a couple of books last December I decided to test the demand for a British news blog and launched the British GENES Daily, a Paper.li based web newspaper taking as its source Twitter links from those I follow via that platform. Available at http://paper.li/chrismpaton#, it has proved to be one of a number of popular Paper.li based projects, but does not offer the control that a blog can offer in choosing which stories to promote, and to what manner and degree. 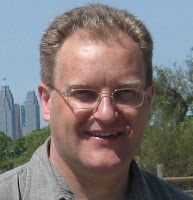 So at long last, with my book projects out of the way, I have now decided to start the British GENES blog. Like Scottish GENES, it will carry as much British (and Irish) genealogical news as I can realistically gather, as well as guest posts, specially shot video content and much more.

British GENES will do its best to be as representative of the whole of the UK and Ireland as possible. It will as interested in goings on in Limavady, Llandudno or Linlithgow as it will London!

There will be further developments in due course, but for the moment, let's get up and running and take it from there!