I'm a wee bit behind on blogging about my current trip to Canada, so a quick progress report on my visit last weekend to the capital of British Columbia, Victoria, located on Vancouver Island.

Following the two events I spoke at in Parksville (see http://www.britishgenes.blogspot.ca/2016/04/thanks-to-qualicum-beach-fhs-for-two.html), I had a short period of R&R in Victoria, as a guest of Pat and Al Hocker. I had previously met Pat on a couple of occasions in Portugal, where she had attended the Lost Cousins hosted Genealogy in the Sunshine events at Rocha Brava, in 2014 and 2015, although this was the first time I met her husband Al, a former surgeon. At almost 80 years old, he was not only the fittest men I've ever met for his age (he goes out and rows his boat every day when I'm still contemplating getting up!), but most certainly one of the wisest - an absolute gent from Kentucky, who also just happened to introduce me to bourbon for the first time. Both made a great couple, and were the perfect hosts, so thanks for a great time! 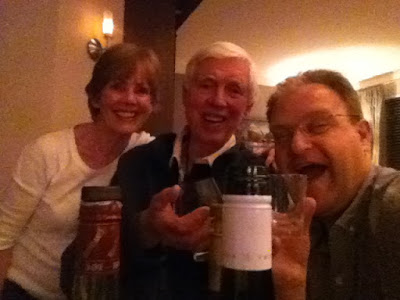 Pat kindly took me on a tour of Victoria and the south end of Vancouver Island on Monday. Our first stop was the Chinese Cemetery, an extraordinarily tranquil location where many early Chinese settlers (including many who came for the gold rush and to construct the railways) were eventually interred on a temporary basis, prior to their bones being eventually repatriated to China. I love seeing how different cultures inter their deceased, and this cemetery was one which used feng shui in terms of its layout. 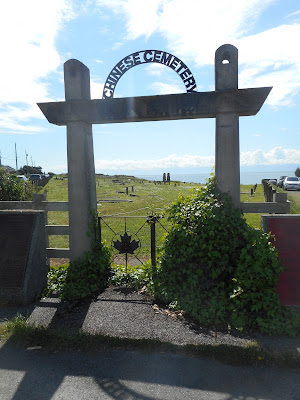 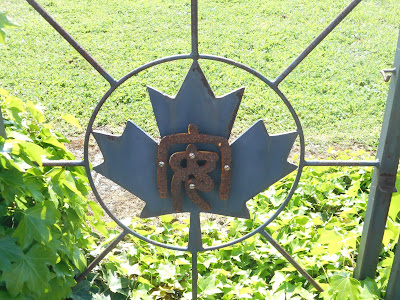 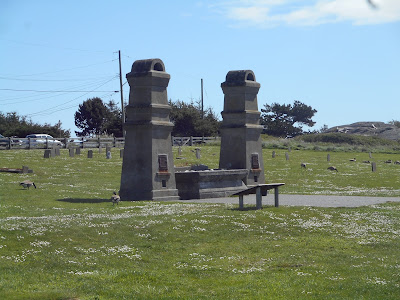 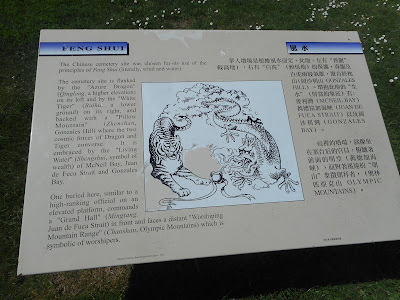 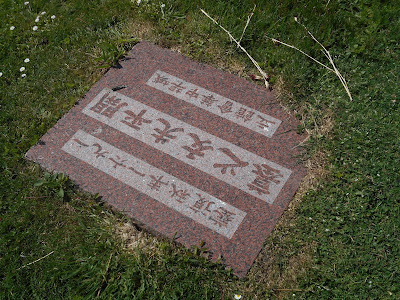 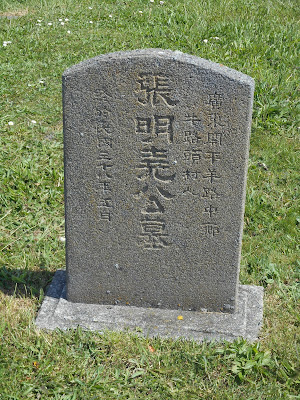 We then visited Victoria, and took some time to tour around the BC provincial legislature. We managed to  sit in on the chamber in session for 10 minutes, listening to the politicians from each side shouting at each other! It was interesting to see how similar the layout to the chamber was to that of Westminster, though some what more modern, with desks for the MLAs. I couldn't take pics during the session, so here are a few from outside - the building itself is just over a hundred years old. 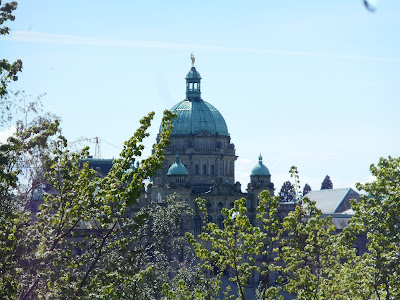 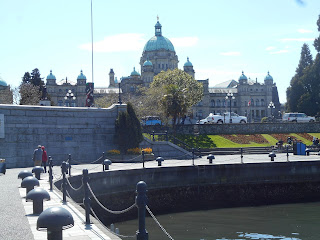 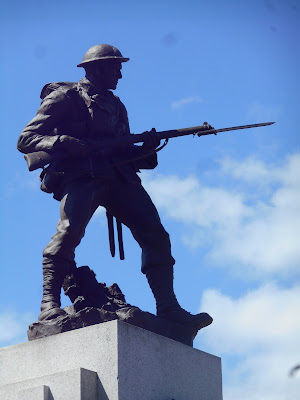 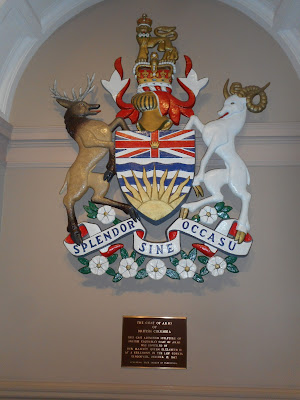 We then stopped for coffee in the city centre, before making the decision to visit the Royal British Columbia Museum, one of the city's museums. 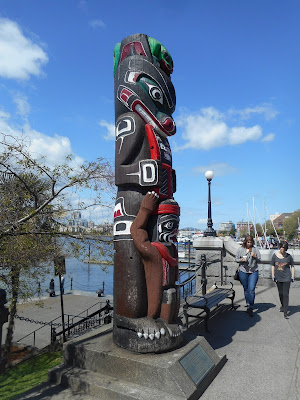 Of particular interest to me here was the section on the huge variety of languages of the First Nations in the region, where I also learned about something I'd never heard of before, despite several visits to Canada - the policy of 'residential schools', to which children were removed from their First Nations parents (often by the police) and given an education in English. This appears to have been a policy that has caused much division and resentment, and one for which the Canadian government recently apologised (the last such school was apparently closed in 1986).

What I found fascinating and tragic about this story was just how familiar it was - I'd previously heard of similar tales from visits to Australia, and even closer to home, where it was not much different to the story of how the Scottish Society for the Propagation of Christian Knowledge (SSPCK) tried to stop the use of Gaelic in the Highlands of Scotland, which led to so much damage to the survival of the language and to the culture. Whilst as genealogists we cannot judge the actions of the past from the present perspective, we can certainly observe the patterns of past policies, and this is one that I'm certainly beginning to realise seems to have been applied equally across much of the former British empire. Thankfully, as with Gaelic, efforts are being made to now preserve the surviving languages and dialects in BC, which can only be a good thing. 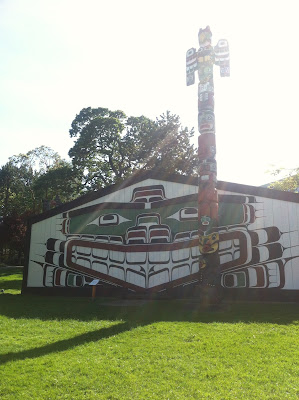 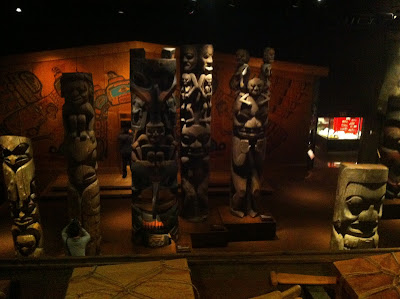 After Victoria, it was then a trip inland by plane to Vernon, where I gave four talks on various Scottish and Irish subjects to the society there, which I will blog about in due course. As venues go though, it had one major asset that made the heart glow - a full size replica Spitfire on top of the building. Now that's style...! 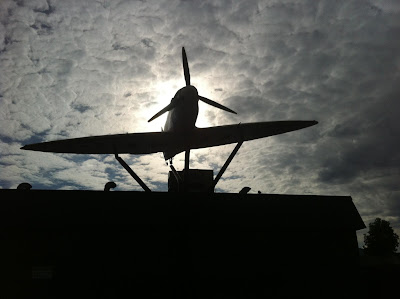 For details on my genealogy guide books, including A Decade of Irish Centenaries: Researching Ireland 1912-1923, Discover Scottish Church Records (2nd edition), Discover Irish Land Records and Down and Out in Scotland: Researching Ancestral Crisis, please visit http://britishgenes.blogspot.co.uk/p/my-books.html. My Pinterest account is at https://www.pinterest.com/chrismpaton/.
Posted by Chris Paton at 20:00