Back from the FGS conference in the USA

I returned this morning from the United States, after a week away to attend the Federation of Genealogical Societies conference in Springfield, Illinois (https://www.fgsconference.org). After a day there seeing some sights (see http://britishgenes.blogspot.co.uk/2016/08/in-springfield-for-fgs-conference_31.html) it was time to get to work at the conference itself, where I was to give three one hour lectures and a two hour workshop. 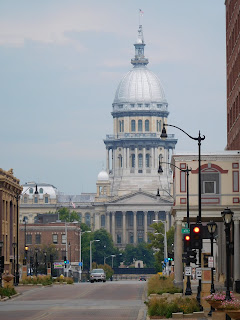 This was my first ever conference in the US (and the first time since October 2001 that I had been properly in the country), and I must admit to being slightly apprehensive about going. From this side of the pond over the last few years I had gained the impression that American family history conferences might somehow be different to those I've experienced in the UK, Canada and Australia - reports from such events always seem to flag up technology developments, and over the top showbiz presentations, which I really have little time for. The only live presentations I had previously watched online were a select few from Rootstech, which never really excited me - technology is just a toolkit, which I rarely get excited about.

Thankfully I could not have been more wrong! The FGS conference was a thoroughly professional four day event which just about blew my socks off every day with the quality of the talks on offer. Rather than being some kind of Hollywood glitz and no substance adventure, as feared, this was instead much more like a UK or Canadian based family history fair on steroids!

Before I describe the experience though, here are a few friends with a message for readers of this blog...

There were two target groups being catered for at the conference, the gathering of members of the FGS itself, and the attendance of the public. On Wednesday August 31st, the first day of the event, the organisation hosted a societies' only day of talks and workshops, a superb idea allowing groups from across the US to learn best practice from each other. We kicked off with a plenary session at 8am, hosted by FGS chairman D. Joshua Taylor (a well known face in the US on the PBS genealogy TV series Genealogy Roadshow), where we heard from three speakers (Curt Witcher, Teri Flack and Ed Donakey) about the pace of change in the genealogy world, and the need for societies to adapt. There were also several awards given out (see the FGS blog at http://voice.fgs.org/2016/09/awards-presented-to-deserving.html), and a major announcement on the War of 1812 Pensions Project (see http://britishgenes.blogspot.co.uk/2016/09/war-of-1812-pensions-project-fully.html). This was then followed by a series of talks across seven parallel themed steams. I attended five sessions, on programming for genealogical societies, how to plan a workshop, using Facebook and YouTube as tools for organisations, and how to design a genealogy publication. This provided an interesting overview of how US groups work culturally, which is not that different at all to here in Scotland or elsewhere in Britain and Ireland.

Day 2, Thursday 1st September, then kicked off the first of three days where the public could attend. We started with a fairly glitzy keynote session with three genies (Mary Tedesco, Mark Lowe and Cece Moore), looking at the future of genealogy, as explored from three different time zones. Mark kicked off with a hilarious sketch, by pretending to be the editor of the Chicago Tribune in the late 19th century, confidently predicting that "you can't trust everything you hear, but you can trust everything you read in the Tribune!". Mary pretended to be affected by the Y2K virus on Jan 1st 2000, experiencing a 16 year leap forward to see how technology had changed in 16 years, whilst Cece's sketch was set fifty years in the future, where she could take a DNA sample from someone with a laser and reconstruct a person's personality, with which she could then interact. Her first question, "what is your maiden name?" just about summed up that the problems to be experienced in the future will remain the same! It was a fun start, but then the conference kicked off properly with some superb talks. 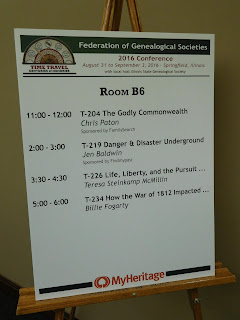 Over the next three days I heard Judy Russell (the 'Legal Genealogist'), talk about juries in the US, and early laws in Illinois; Mark Lowe on Methodist Circuit Riders; Elizabeth Shown Mills on how to forensically narrow down to the right people with similar names in the same area; David Rencher on Irish estate records; Fiona Fitzsimons (from Ireland) on Irish court and prison records, and Helen Smith (from Australia) on 'lenses of time', and more.

For my own sins, I gave talks on the history of the Scottish kirk, Scottish marriage laws and land records, as well as a two hour workshop on tracing Scottish ancestry from before 1800. There were lunches and evening bashes to keep folks watered and entertained between sessions and after the days' proceedings also.

It was a great event, accompanied by a packed vendor hall, where I managed to meet several folk such as Martha Mercer of Maia's Books, editors from North American magazines, society tables, some tech stands and more - similar to the sort of thing you would find at Who Do You Think You Are Live in Birmingham, England. I managed to catch up with some old friends, including Cyndi Ingle, Paul Milner, Thomas MacEntee and Fiona Fitzsimons, and to meet many new ones. The highlight for me personally in the whole week from all the sessions on offer were the two talks by Judy Russell, who is just a naturally funny speaker who is thoroughly knowledgeable in her field, and it was a great pleasure to have a quick chat with her - but there wasn't a single session I attended throughout the week where I didn't learn something new.

With this being my first conference I had the luxury of anonymity for the first couple of days, which really gave me the space to tune into the way things were done in the American genie scene. In the last two days, as people got to know who I was from my talks, I ended up having a real ball, with many great conversations with folk who had queries on a range of Irish and Scottish brick walls causing bother. A huge thanks to Paul Milner, Jane Van Tour and David Rencher for their support - and a special shout out to Joan Koechig who gave me a lift down to St. Louis, Missouri, and the fascinating conversation we had on the road about life in general in the US of A just now!

During the conference I had several conversations about possible future endeavours that I might be able to participate in, including webinars, so hopefully this won't be my last engagement with the US, far from it! In the meantime, however, a huge thanks to all at FGS and FamilySearch, and to all who attended my sessions - I'm still buzzing from it two days on! 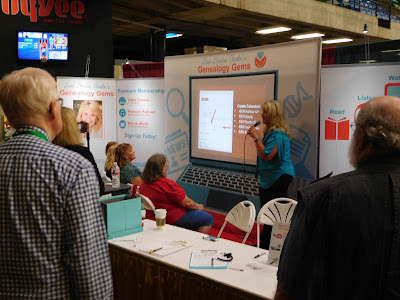 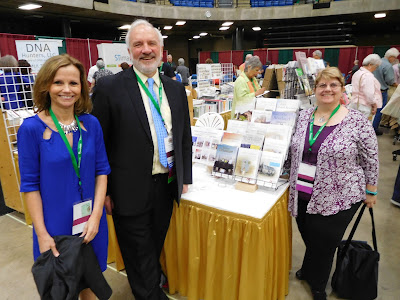 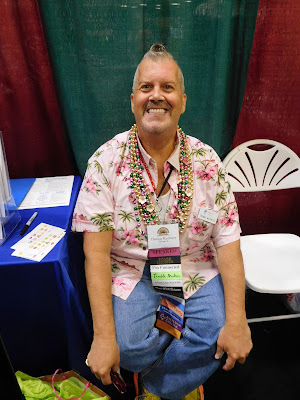 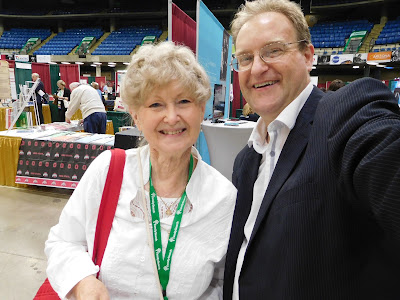 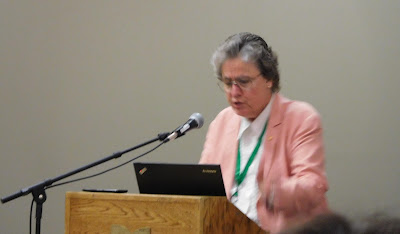 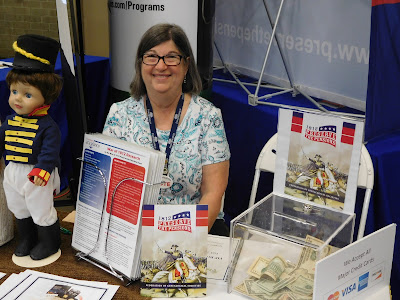 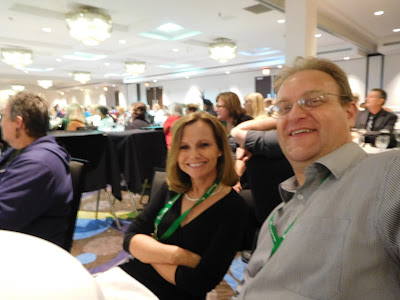 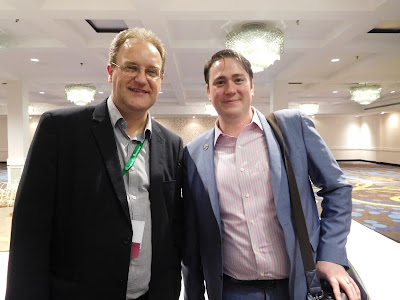 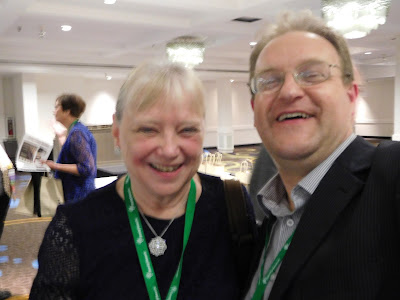 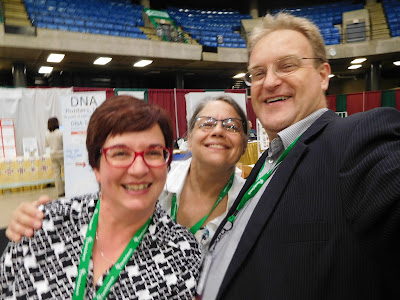 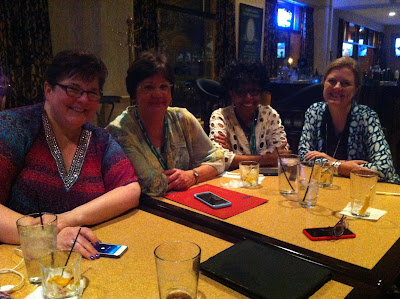 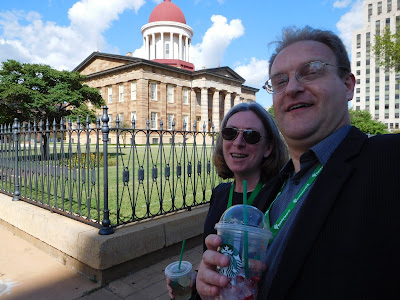 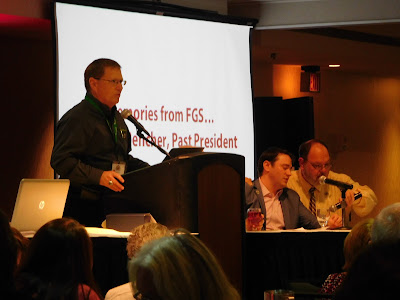 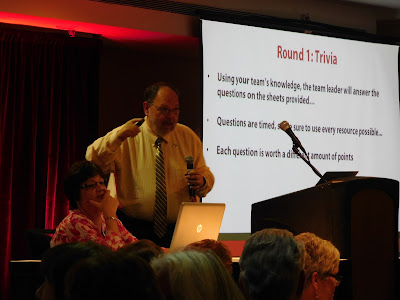 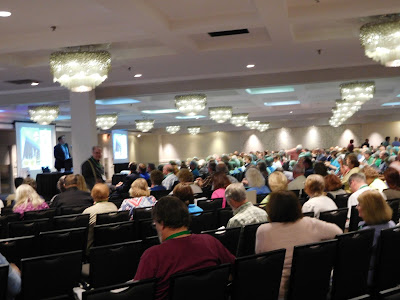 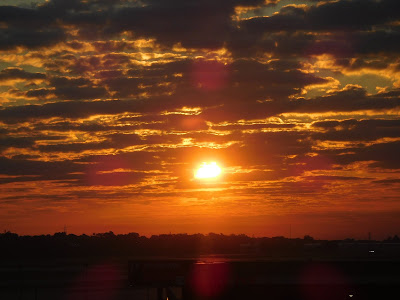 For details on my genealogy guide books, including A Decade of Irish Centenaries: Researching Ireland 1912-1923, Discover Scottish Church Records (2nd edition), Discover Irish Land Records and Down and Out in Scotland: Researching Ancestral Crisis, please visit http://britishgenes.blogspot.co.uk/p/my-books.html.
Posted by Chris Paton at 20:32