The following is a version of an article first written by me for the now defunct Discover My Past Scotland magazine in August 2011:

Sons of the Soil

One of the hardest occupations to research within a family tree is that of the humble agricultural labourer, who causes so much depression for many upon his discovery within the censuses. The arrangements by which labourers took up work were either never formally documented, or such documentation has rarely survived. This is unfortunate in that prior to the Industrial Revolution most of our ancestors will have eked out a living from the soil on the estates of nobles and lairds for whom they worked in the capacity of serfs. Some worked collectively in ‘touns’, sharing land cultivated through the ‘runrig’ system, with each member of the settlement allocated strips of raised soil (known as ‘rigs’) for the growth of a particular crop. Others existed as pendiclers or cottars, inhabiting a small hut or building surrounded by an acre or two of cultivated soil from which they eked a living. They worked for the benefit of the landowner, and if they made any kind of profit from their year’s labour after the payments of taxes and rents, they were indeed fortunate in the extreme.

Prior to the 18th century tenants and labourers on estates were usually paid in kind, such as with grain, butter and milk, though a small amount of money could also be paid, and increasingly was done so throughout the course of the century. In return, rent was paid in kind also, with tenants and their families having to work for the landowner for several days in a year (known as ‘bondage days’), as well as through other means, such as the practice of ‘thirlage’ in feudal baronies. This much hated law required all tenants to grind their corn at the landowner’s mill, and to give a proportion of the grain known as a ‘multure’ to the mill operator, often as much as a twelfth of the total amount. The law was abolished in 1779, leading to the decline of many mills not long after. Tenants were also required to pay local taxes such as cess, scat, and wattle, and to perform other duties such as the carrying of coals to a proprietor’s house from a great distance.

The Agricultural Revolution of the 18th and 19th centuries began to change the countryside and the agrarian lifestyle dramatically. Many Lowland estate holders enclosed vast numbers of smallholdings on their land into larger farms in an attempt to better manage and improve the soil through new agricultural techniques, many of them introduced from England. At the same time rents were increased dramatically. On other estates in both the Highlands and the Lowlands tenants were forcibly cleared to make way for more profitable sheep farming. As a result of all of these changes many families lost tenancies on the land on which they had previously worked. Some were repatriated to coastal settlements created by the landowners, others increasingly flocked to the cities to work in the factories, whilst many more were forced to emigrate. 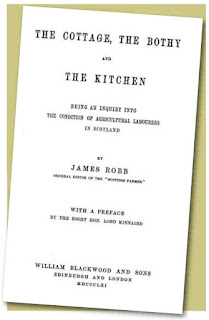 Those who remained to work within the rural economy, and who were unable to secure or continue working a tack as a farmer, became part of a more mobile agricultural workforce, often moving regularly within a parish or from one parish to another to seek employment, whilst others became specialists in particular trades essential to the farming environment. At the bottom of the rung were the day labourers, who literally were hired by the day as and when required by farmers. Some lived within cottages which they built on waste ground, with the landowners’ permission, from which they would then hire themselves out. With the day’s chores complete, in their spare time they would plant potatoes and grain in the soil around them, feeding themselves and at the same time improve the quality of the land for the landlord. Others were more mobile, and were housed temporarily in bothies, small buildings which were often nothing more than basic rat infested huts with little furnishings but the simplest of amenities.

Particularly skilled agricultural workers such as ploughmen would be hired at fairs across the country for six months or a year at a time, usually reckoned from one of the term days of Martinmas (in November) or Whitsun (in May), a practice which all but died out towards the end of the 19th century. Once hired the ploughman and his family would take up their new position from the appropriate term day and be given accommodation close to the farm, where they would reside until the end of the contract, at which point they would seek employment at the next fair, and so on, though some remained with the same masters for several years on recurring contracts.

Trying to trace the movements of agricultural labourers can be difficult, but not always impossible. The censuses from 1841 to 1911 can of course help to locate them every ten years, but it is possible to build up a much more detailed picture of their lives as labourers. If you explore the records of baptism for their children, for example, you may well find that each child appears to have been born in a different parish or locality within the parish, which will give an idea of the geographic area around which they may have moved between contracts, as well as the frequency of their moves. Census and OPR records can be accessed via ScotlandsPeople (www.scotlandspeople.gov.uk) or in many local libraries and family history centres.

Contemporary newspapers can provide details of the likely hiring fairs at which they were employed, which were often boisterous and fun filled occasions, and can at times even directly identify your ancestor, perhaps if he fell foul of the law or was the victor at a local ploughing competition. Check out the British Newspaper Archive at www.britishnewspaperarchive.co.uk as a starting point for these. Church records can also help, detailing poor relief payments in the kirk session minutes for when times were hard, or perhaps instances when a labouring ancestor was hired for a specific task, which may be noted in the heritors’ records. Surviving Church of Scotland kirk session records have now all been digitised and can be accessed at the National Records of Scotland (www.nrscotland.gov.uk), as well as in local family history centres in Glasgow, Kilmarnock, Hawick, Inverness and Orkney - see https://www.nrscotland.gov.uk/research/local-family-history-centres for details.

The two Statistical Accounts of Scotland at http://stataccscot.edina.ac.uk/static/statacc/dist/home can be extremely helpful to build up a sense of the labourer’s lot in life. Not only do they provide considerably detailed descriptions of the country’s parishes in the 1790s and 1830s-40s, they can also describe local farming and fair customs, as well as identify the key landowners within a parish, which can help you to try to trace any relevant estate records. Whilst rental records within estate papers will not often name most labourers (as they were not tenants), other sources such as estate wages books may record payments for work carried out, and name those so paid. 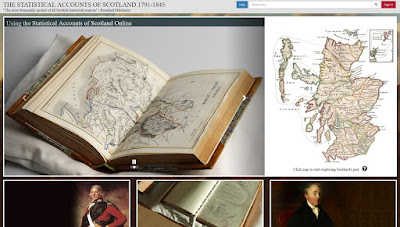 There are many published parish histories which can also help to build up the picture further, with many books and reports also written which specifically concern the conditions endured by labourers. A useful book from 1861, for example, as hosted on Google Books at http://tinyurl.com/5r3wdhd, is ‘The Cottage, the Bothy and the Kitchen, Being an Inquiry into the Condition of Agricultural Labourers in Scotland’ by James Robb, which explores the typical conditions for day labourers, ploughmen, kitchen servants and more within East Lothian, Fifeshire, Forfarshire, Aberdeenshire and Ross-shire, noting the wages paid for each form of employment and more. Other useful titles include several published transactions of the Highland and Agricultural Society of Scotland and the Farmer’s Magazine, again with many examples found on Google Books.

For my genealogy guide books, visit http://britishgenes.blogspot.co.uk/p/my-books.html, whilst details of my research service are at www.ScotlandsGreatestStory.co.uk. Further content is also published daily on The GENES Blog Facebook page at www.facebook.com/BritishGENES.
Posted by Chris Paton at 12:00