It's been all go since I got into Niagara late on Thursday evening for the Ontario Genealogical Society annual conference (www.ogs.on.ca/conference2014/index.php). I was greeted at the airport by two volunteers called Brook (pictured right) and Brandy, who duly handed me a balloon saying "Welcome to Canada". It was a lot of fun on our drive from the airport to Niagara (we took the scenic route!), so fair to say we got off to a great start! :)

Yesterday was the pre-conference day, and having previously been to conferences in Ottawa and Toronto, it was great to bump into many familiar faces from Canada before things got underway, not to mention the archivist from Deseronto Archive who I met at a conference last year in Dundee. Small world! I then spent the morning attending a two hour workshop by Dick Doherty, an American based genie, which looked at oral history and its use in verifying and prompting Irish based research. Dick had three good case studies showing how he pursued aspects of his and his wife's ancestry in the west of Ireland, his top tips being always to locate the local librarian, and always go back with your finds to those who offer information in the first place - as they will invariably then offer even more information! Great session. 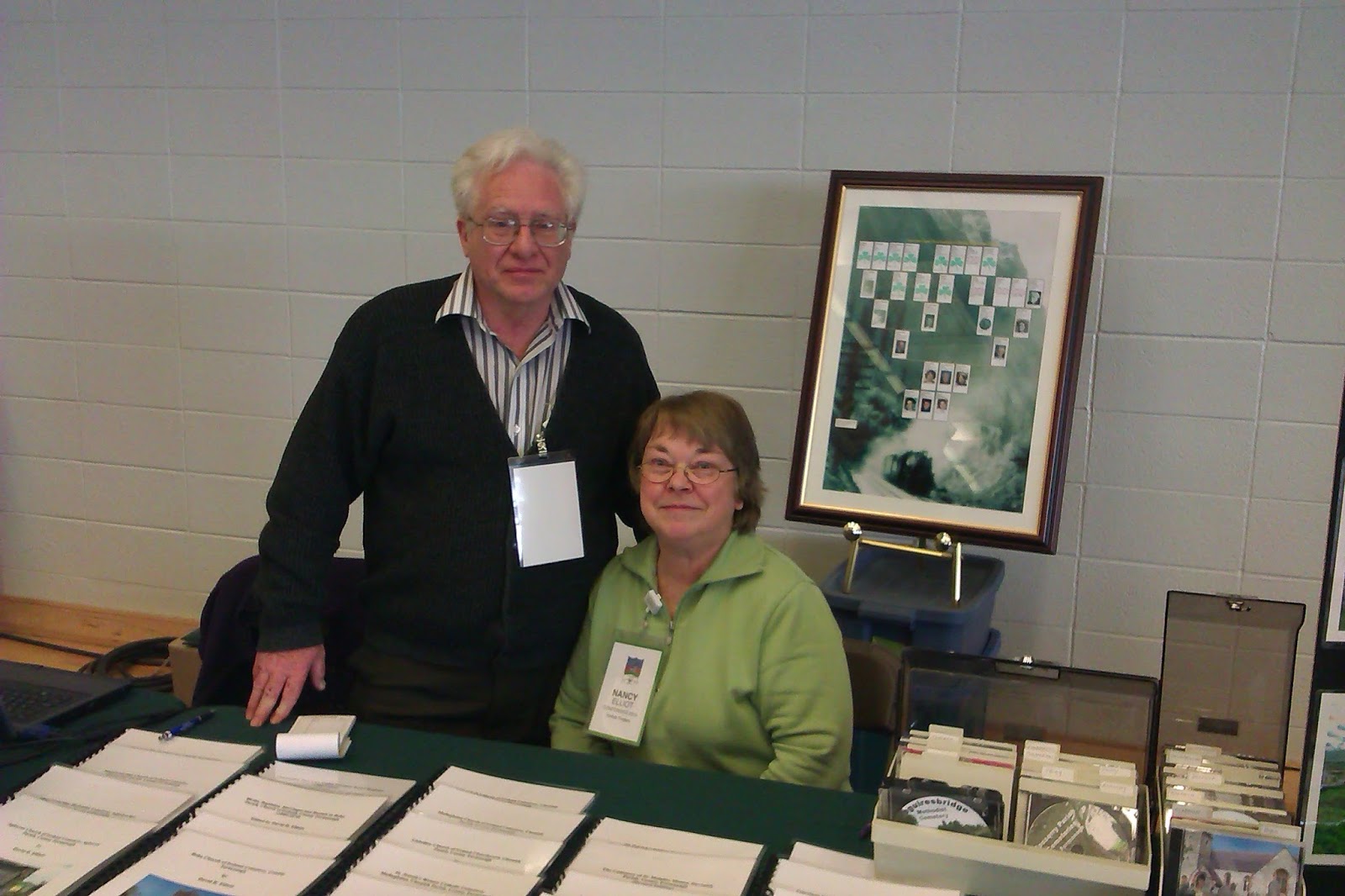 After lunch I had a quick look around the Marketplace for the event, with many great vendors there (and a big shout out for Global Genealogy who have copies of most of my books there if you are looking for them!), but it was a particular honour to meet a genie there called David R. Elliott. I was browsing on his stand and had a look at his book on Irish research, and was impressed immediately on the first page I landed on. There was a section on bishops' transcripts, which I have never seen anybody write about before in an Irish genie guide. Bishops transcripts were copies of Anglican parish registers that were made for the diocese - a very commonly used resource for English genealogy if the parish records themselves have not survived. Now it always bugged me that when I asked Irish experts if there was an equivalent set up for Ireland, I would invariably be told not to their knowledge. I always try to understand systems of record keeping, and so that never made sense to me - why do it in England, but not in Ireland? Recently I watched a lecture by Valerie Adams of the Presbyterian Historical Society (accessed via the PRONI website's YouTube channel, see www.proni.gov.uk), and she actually stated that there were such records kept, but that they were largely destroyed in the 1922 fire in Dublin. That made a whole lot of sense, but where David trumped even that revelation was by telling me that he has only ever come across them for one parish, Inishmacsaint, in County Fermanagh - and that PRONI has actually miscatalogued them as parish records! As ever, I always learn something new about my local environment by overseas travel - it truly does broaden the mind! - and I obviously had to buy a copy of David's book, which he graciously signed! 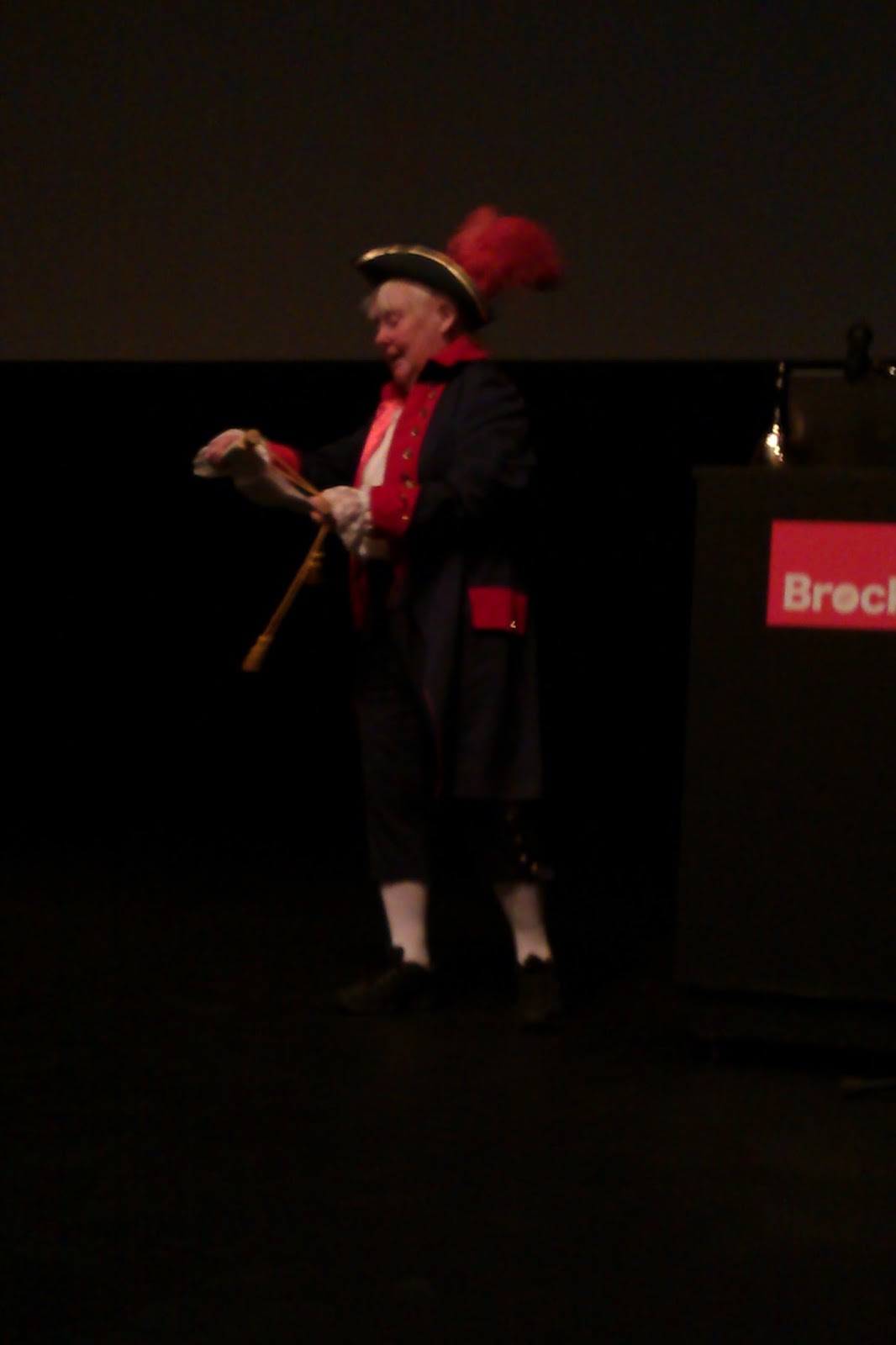 In the evening we had a buffet dinner, and then it was the formal opening session. During the warm up for that, I had the privilege to talk to the former speaker of the Canadian Parliament, Peter Milliken, who served in office for ten years. and who was there as patron of the OGS. He shared some interesting stories about visits to the Westminster and Holyrood parliaments in Britain, it was a fascinating chat! When the session started formally, there was a sad start to the proceedings in that well known Canadian genie Brian Gilchrist had passed away on Friday morning, and so tributes were paid to him as part of the opening comments. I was then invited to give the Houston Memorial Lecture, which was entitled Genealogy Without Borders (mirroring the theme of the conference), and managed to get a few laughs and a bit of blarney in there. I think I managed to get away with it...

It was a great opening day, all part of the warm up for the main event on Saturday and Sunday, but so far so good - and major kudos to Steve Fulton and the team of volunteers for all that has been achieved so far - looking forward to the rest of the weekend! 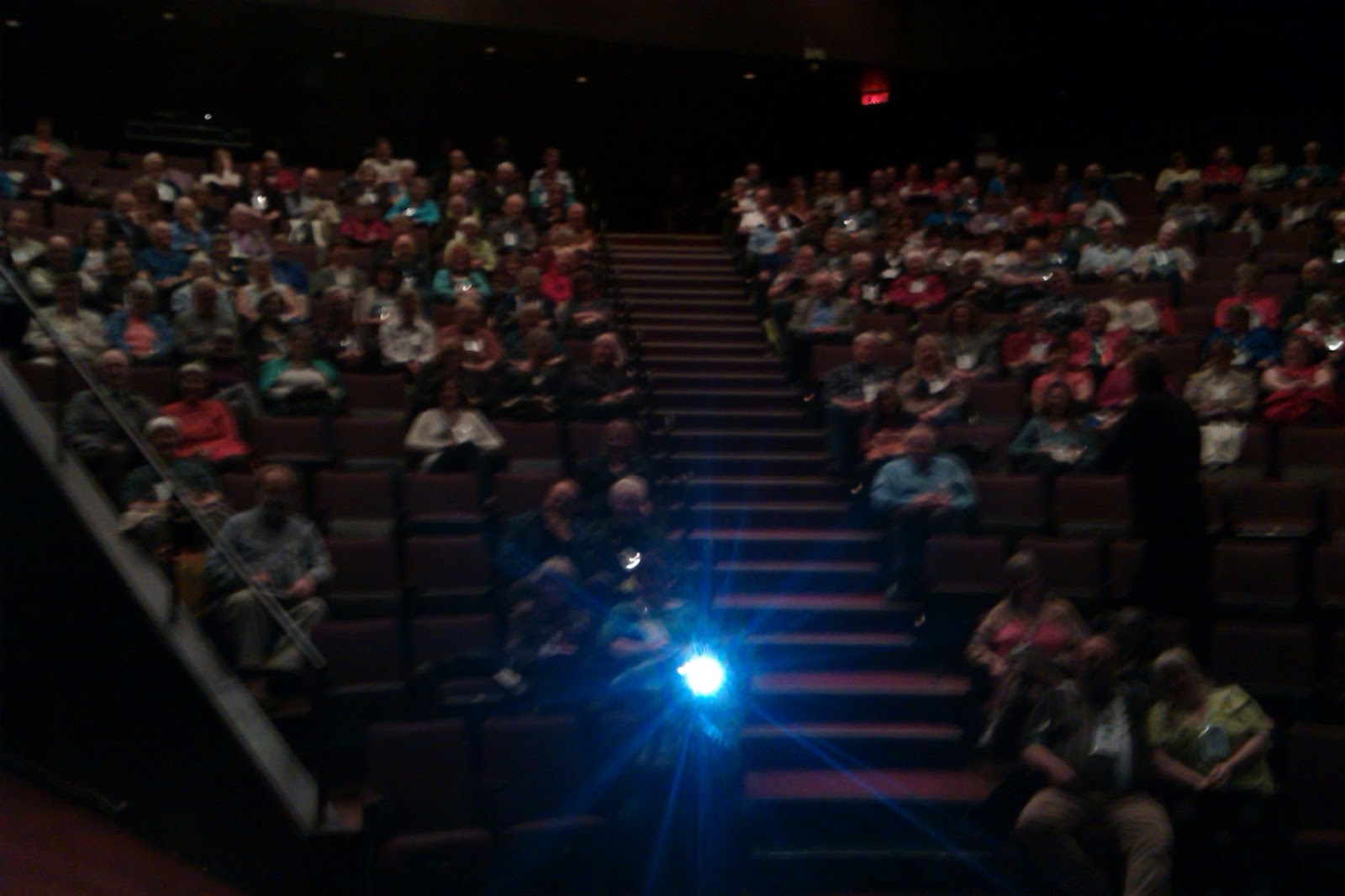 Now available for UK research is the new second edition of the best selling Tracing Your Family History on the Internet: A Guide for Family Historians. And for those wishing to take Scottish ancestral research a bit further, my next Pharos course, Scotland 1750-1850: Beyond the Old Parish Records, commences May 14th 2014.
Posted by Chris Paton at 16:01