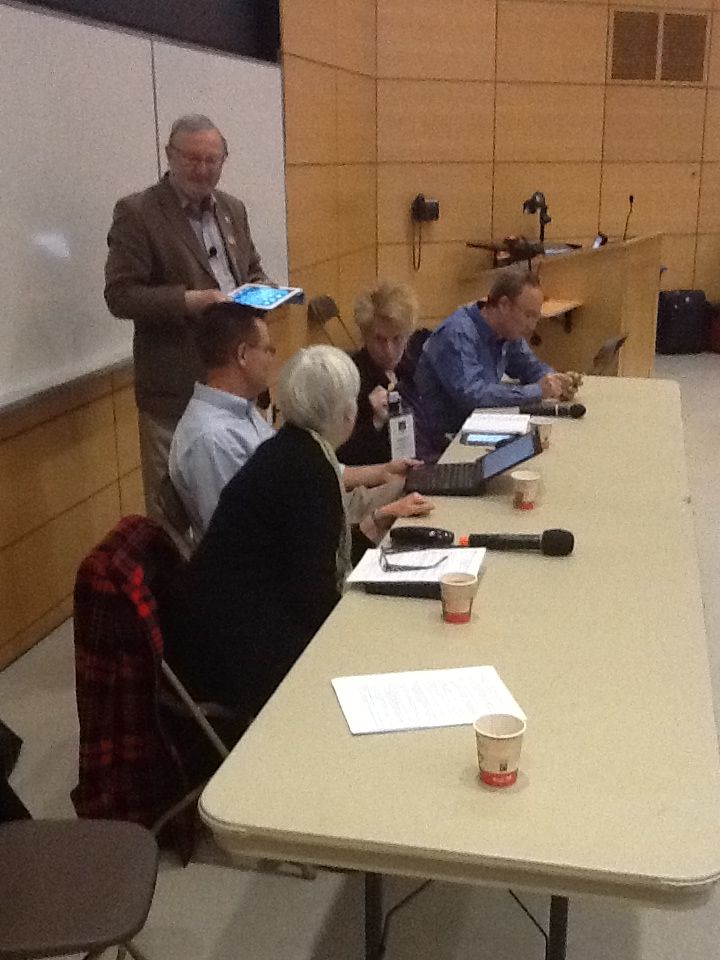 Day 2 of the Ontario Genealogical Society conference (www.ogs.on.ca/conference2014) was the first of the two days intensive lecture programme, and I started the day with participation in a social media discussion panel hosted by John Reid of the Canada's Anglo-Celtic Connections blog (http://anglo-celtic-connections.blogspot.co.uk). As well as myself, there were contributions from Daniel Horowitz, Kirsty Gray, Tony Bandy and Marian Press. The session was streamed live, although forty minutes in there was a tech problem that curtailed the transmission. The part that was recorded can be viewed on YouTube at www.youtube.com/watch?v=G5TXenbLqCA&feature=share or below (I believe there might have been a full recording made separately, which may go online in due course - if so, I will carry it in a separate post at a future stage):

I then attended a talk by Stephen Young of Family Search. Stephen is an Ontario man now based in Utah, but his talk was on using records from Western New York State. This was an interesting discussion in that I normally tend to use US records online from Scotland, and so this provided me with a sense of the offline lay of the land as well, for example, with how to access probate records in the state, as well as how recent the civil registration records were in commencing (not to mention how varied their years of commencement are from county to county). Good opening session. 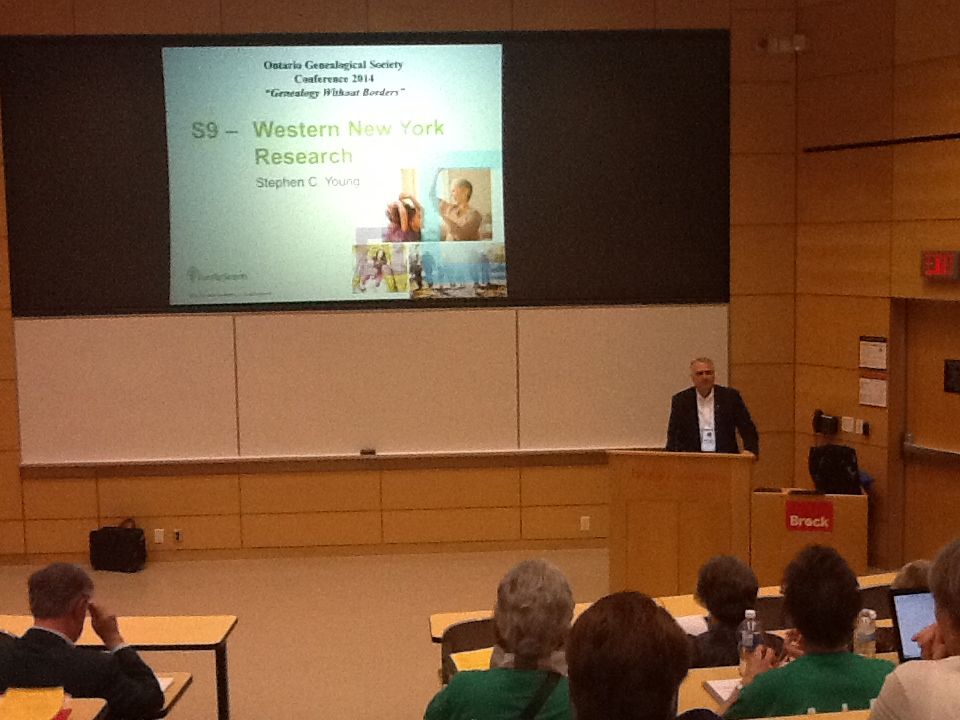 I sat out the next scheduled sessions in order to catch up with various emails and other business, before returning to the programme to give a talk on the history of the Church of Scotland, and how that affects locating Scottish church records from various denominations. This was a fun session which was streamed live  to various signed up participants, something OGS has been trialling in this conference for those unable to attend in person. 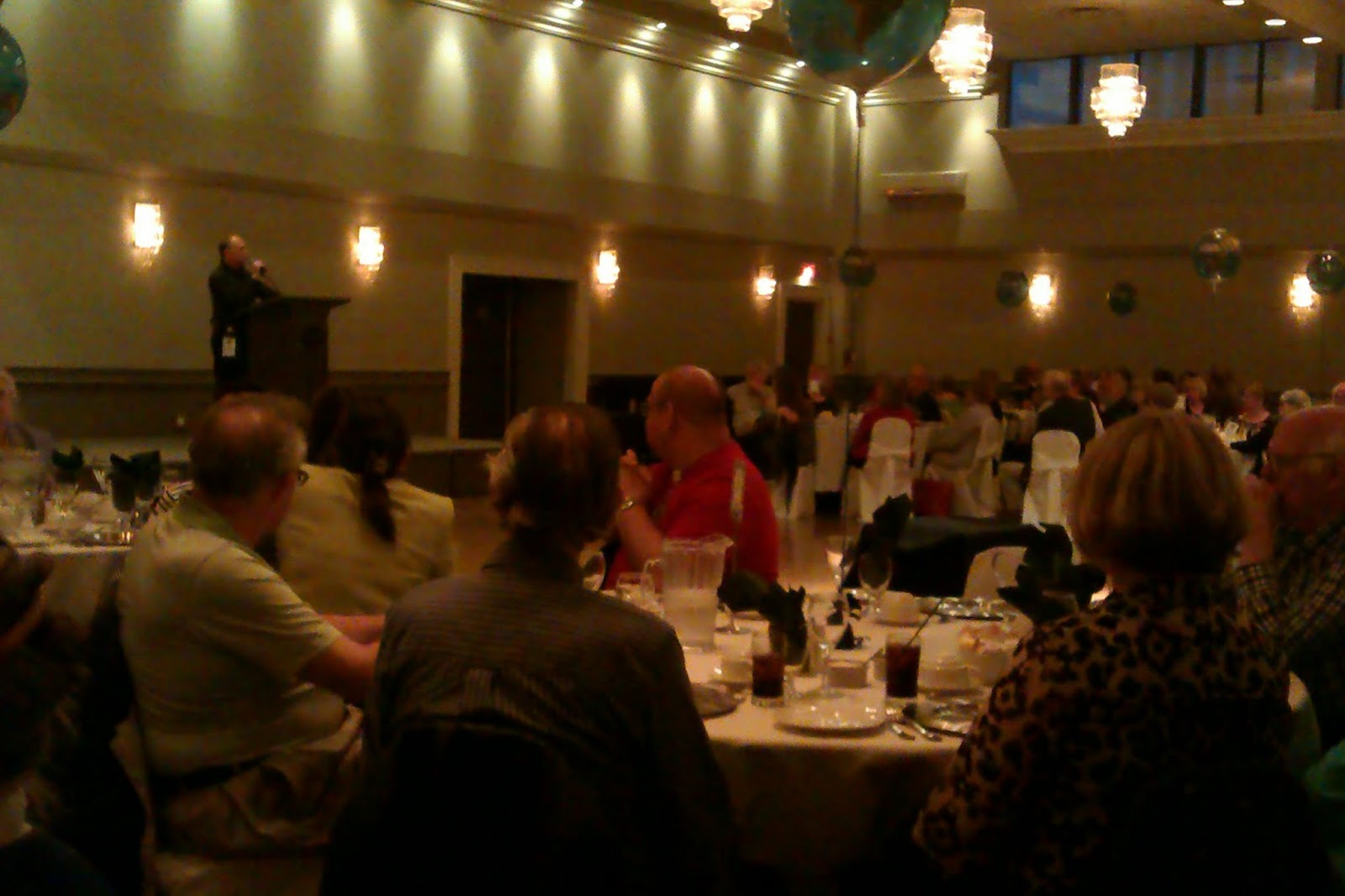 Following a brief return back to my digs, it was then time for the evening banquet, a great session where we heard from Hank Jones Jr, a former actor now based in Sandiego, who has been active in later years on the genealogy scene. He gave a talk on serendipity within genealogy, and various stories that he has been gathering over the years where fortune favored the few in family history terms!

After the dinner, one of the delegates, a delightful lady called Ann, gave myself and Marthe Séguin-Muntz (from Library and Archives Canada) a quick run out to see Niagara Falls, all lit up in the dark. What a place!  I wasn't sure if I was going to get a chance to be able to see the attraction, but was delighted to be able to do so, so a huge thanks to Ann, and also to Marthe, as we all had a good laugh en route and back! 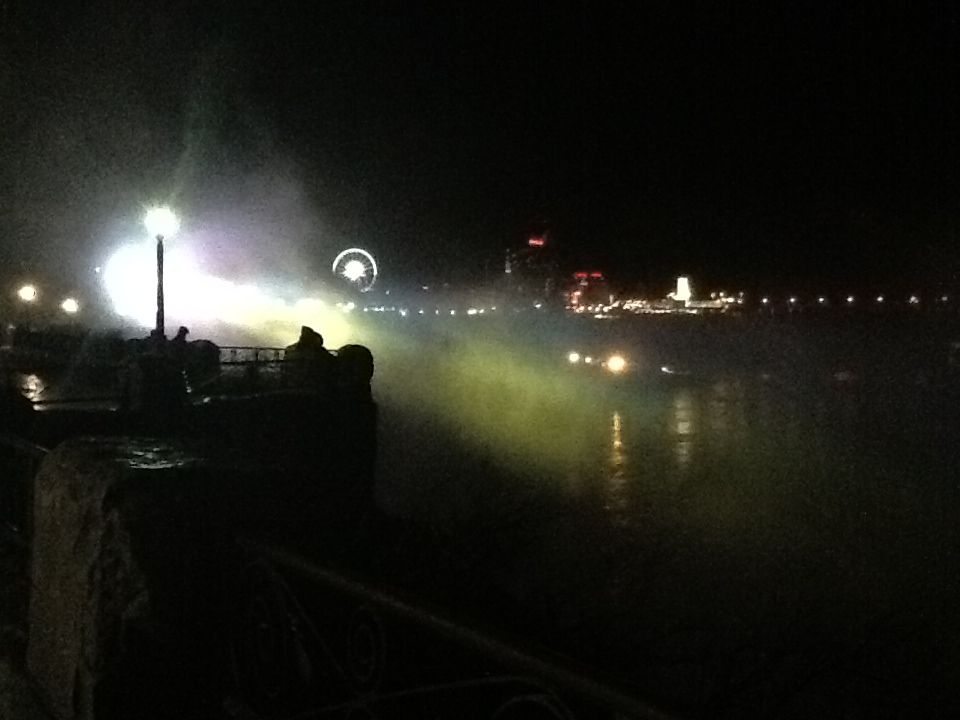 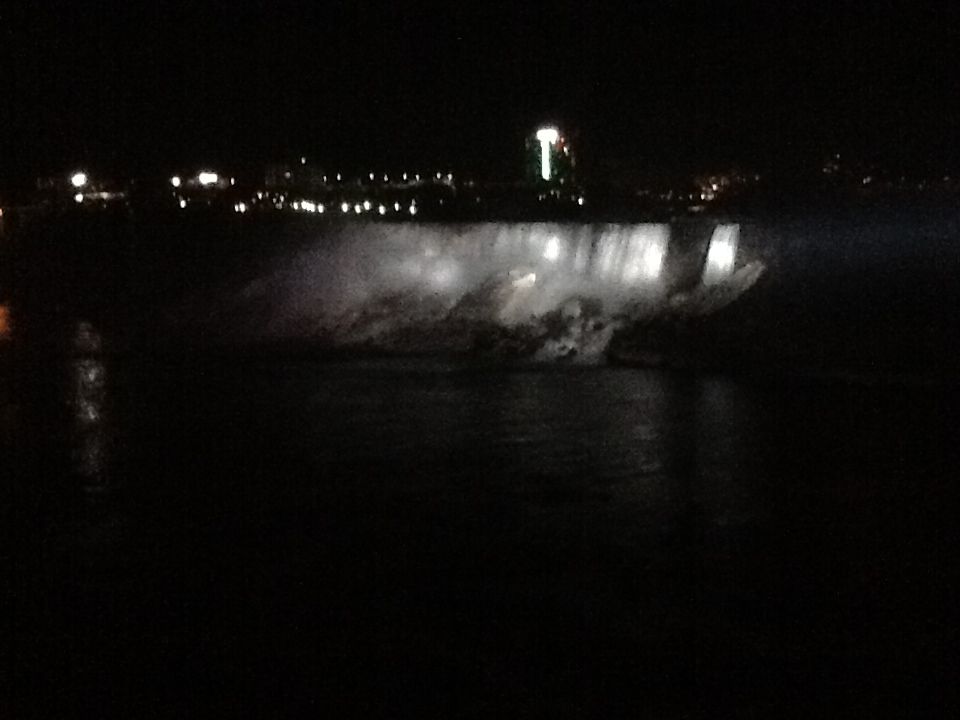 Now available for UK research is the new second edition of the best selling Tracing Your Family History on the Internet: A Guide for Family Historians. And for those wishing to take Scottish ancestral research a bit further, my next Pharos course, Scotland 1750-1850: Beyond the Old Parish Records, commences May 14th 2014.
Posted by Chris Paton at 13:05