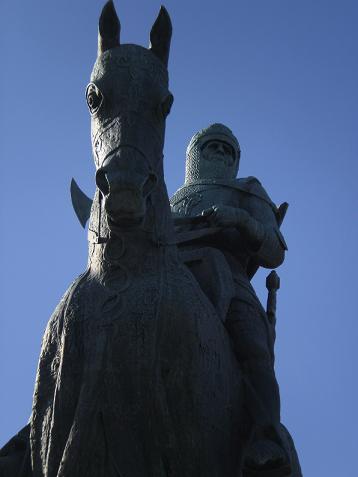 Some information on the most important vote in Scotland for the last 300 years, the Scottish Referendum on independence, has been formally announced today.

Voting cards for those eligible to vote (residency in Scotland and age being the key criteria) will be posted out by Scotland's 32 local authorities on August 14th and 15th. Postal votes will be sent out between August 26th and 28th.

The referendum will be held on September 18th, and counting will begin immediately after 10pm that night. The BBC has the story at http://www.bbc.co.uk/news/uk-scotland-scotland-politics-27313337. I assume that the result will be announced at some stage on the 19th, though that has not as yet been confirmed. (If so, that's a pain, as I have a meeting scheduled for the 19th, and it is going to be an all nighter beforehand for sure!).

Unofficially, I've still to decide whether Laphroaig or Talisker will be the drink of choice throughout the overnight referendum coverage.

I was asked at the weekend in Ontario what will happen with this blog, entitled British Genes, if we do decide to vote for independence in Scotland? The answer is very simple - nothing. Genealogy is about researching the past, and the United Kingdom's past will still be as much a part of Scotland's history as anyone else's (as it is for the Republic of Ireland), and will remain so, come what may. Whatever the result, I will therefore continue to carry news on English and Welsh genealogy resources, and especially Northern Irish and Irish news (my own immediate background, along with Scotland), as before and for as long as people are willing to read it, as well as relevant news concerning the diaspora from those originally from these islands.

Now available for UK research is the new second edition of the best selling Tracing Your Family History on the Internet: A Guide for Family Historians. And for those wishing to take Scottish ancestral research a bit further, my next Pharos course, Scotland 1750-1850: Beyond the Old Parish Records, commences May 14th 2014.
Posted by Chris Paton at 15:01

Email ThisBlogThis!Share to TwitterShare to FacebookShare to Pinterest
Labels: UK