Bring back the use of townlands in Ulster!

I received a wonderful email earlier today from a 79 year old reader of the UK's Family Tree magazine, who wanted to share with me her frustration over the declining use of townlands in Northern Ireland, thanks to the introduction of post codes in the 1970s. She summarises her frustration with the following example:

The one thing which was common in all (genealogy) searches was “the townland”.

Well, now in the Six Counties that’s gone. One road in particular, from Omagh to Gortin in Tyrone has been named Glenpark Road. But telling me someone lives at 38 Glenpark Road doesn’t mean a thing.

If you said they lived in Gortnagarn, Ergenagh, Carnoney etc I would know exactly where they were on that stretch of road and the parish registers would bring up the information required to connect various families with the same surname.

Now the Registers show only the stupid Royal Mail address.

What do you think the chances are of trying to educate people to include their townland in their “official” address? 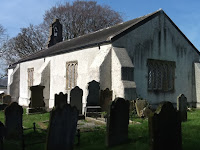 On that question - what do you think are the chances of trying to educate folk into using townlands in addresses, it reminded me that a few years ago I read an article that suggested potential powers to bring back their use were on the cards at the Northern Irish Assembly, in a proposed bill to empower the new 'super councils' to adopt them.

The article in question was from the Belfast Telegraph of November 16th 2015, available at https://www.belfasttelegraph.co.uk/news/northern-ireland/names-of-ancient-townlands-could-be-revived-by-councils-under-new-proposal-34202930.html. It noted:

The 11 amalgamated 'super' councils may be given the option to revive townlands in their districts, 40 years after they were replaced with street addresses.

The Assembly will be urged to back new legislation, giving the local authorities powers to restore names like Ballyore, Crossnenagh, Carrickabolie and Derrynoose.

The move in a private member's bill comes after an Assembly debate in 2002 when parties united to demand greater promotion of ancient townlands.

I am unclear about what became of this subsequently - although I suspect the suspension of Stormont from January 2017 probably has a lot to do with the lack of any further developments.

Has there been any further moves on this front? And if not, doesn't it make complete sense to revive their use to some degree, particularly for ancestral tourism purposes?

(With thanks to Mrs Brooks!)

Pre-order Tracing Your Irish Family History on the Internet (2nd ed) for just £11.99 at https://www.pen-and-sword.co.uk/Tracing-Your-Irish-Family-History-on-the-Internet-Paperback/p/16483. Details of my genealogical research service are available at www.ScotlandsGreatestStory.co.uk. Further news published daily on The GENES Blog Facebook page, and on Twitter @genesblog.
Posted by Chris Paton at 16:38